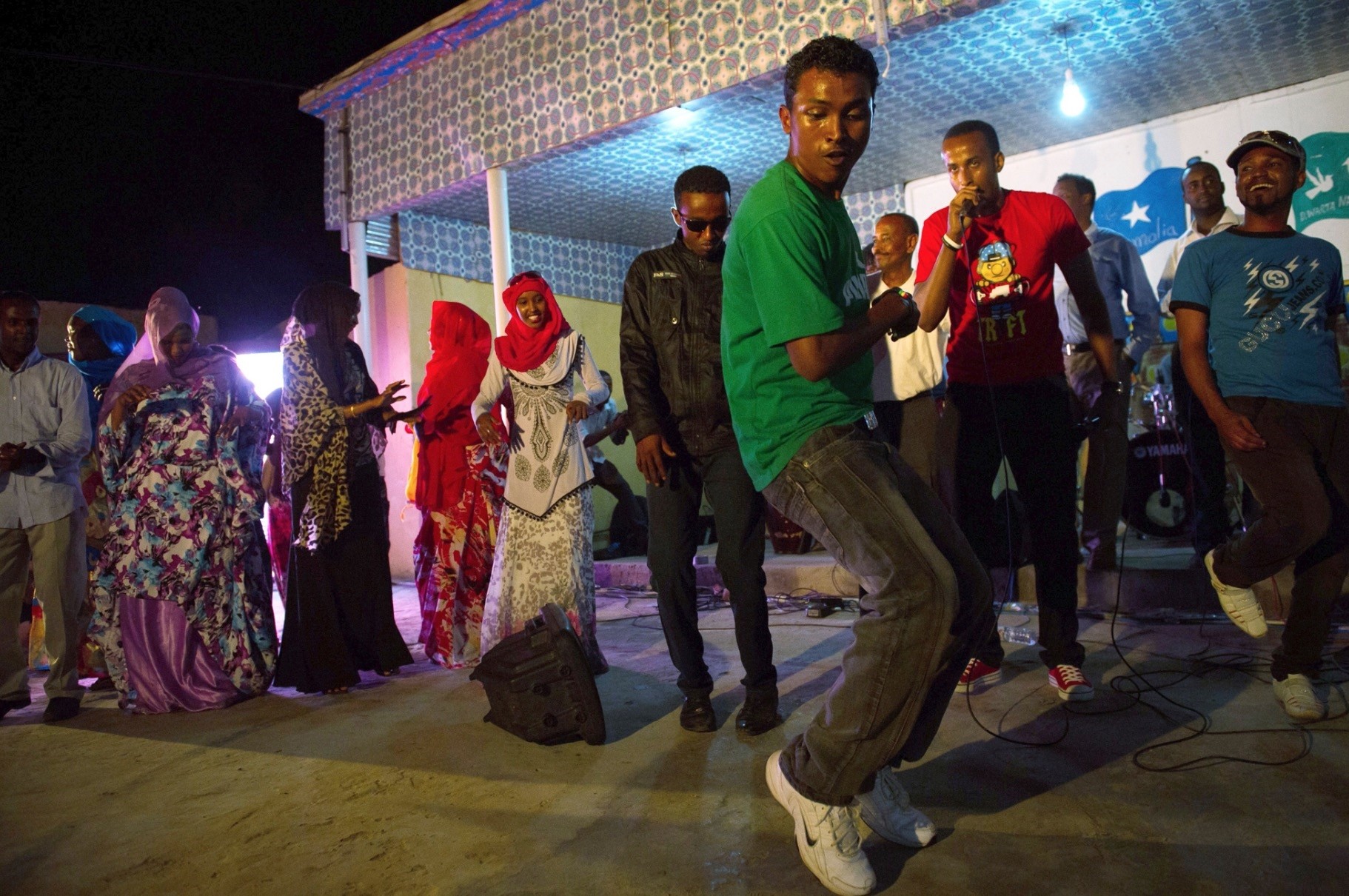 Somalia is rarely described as on the musical vanguard but there was a time, before its turmoil, when the Horn of Africa nation bustled with an electrifying mix of the world's sounds.

A new album aims to bring a wider audience to the music of Somalia through the restoration of dusty cassette recordings from the 1970s and 1980s, a time when "Swinging Mogadishu" came alive with free-flowing nightclubs that became a crossroads for funk, pop, reggae and Bollywood.

"Sweet as Broken Dates," which comes out August 25 on two LPs or one CD, took more than a year of exploration led by Vik Sohonie, a former news reporter whose New York-based label Ostinato Records seeks out music from countries whose cultures are often overlooked.

"As someone who has a degree in history, I always knew that these places had more to offer than what's in the media," Sohonie said.

Somalia has lacked a functioning government for a quarter-century and its leading musicians have drifted around the world.

Making the project even more complicated, Somalia had no record labels releasing albums; the music industry was entirely managed by the now crumbled state, with Siad Barre's military regime putting bands on the government payroll and tightly controling selections of state radio.

"This is a music universe that has been just completely untapped," Sohonie said.

Sohonie traveled to Somalia but found that the key resource was scattered elsewhere - cassette tapes, from listeners who taped radio broadcasts or put clunky old recorders on stage at performances.

He found aging cassettes on sale in public markets in nearby Djibouti and seized upon a vital trove in the breakaway region of Somaliland, where an Italian-educated mathematician and preservationist, Jama Musse Jama, has salvaged some 10,000 cassettes as part of his Red Sea Foundation.

Michael Graves, an audio engineer who has won Grammys for restoration work on U.S. folk music and radio recordings of late country music legend Hank Williams, digitally remastered the songs on "Sweet as Broken Dates" but the compilation deliberately keeps some of the cassettes' rough edges.

Mogadishu, whose location made it a historic trading port, took in musical influences from the Arab world, Iran and, most strikingly, India. Vocals on several tracks on "Sweet as Broken Dates," such as "Rag Waa Nacab Iyo Nasteexo" ("Men Are Cruel and Kind") by Aamina Camaari, take on the high-pitch and melodic sense of the playback singers whose sound defines India's film industry.

Bollywood has long enjoyed an enthusiastic market in Africa and the Middle East but Somalia has another connection as its traditional music is based on a five-note pentatonic scale, as are some Indian ragas.

"Even if you're listening to a funky pop track, there is still a little element of Indianness that makes it unique," said Sohonie, who is Indian.

Somali music emphasizes off-beats, like reggae, giving some tracks rhythms that could have come from Bob Marley - as well as a touch of melancholy. By the 1980s, Somalia had become a Cold War ally of the United States and Western pop and instrumentation had come into the mix.

Like in Ethiopia, whose music has generated a much wider global following, Somali popular music brings in funky rhythms through back-up bands who delivered robust brass refrains and smooth electric guitar backdrops.