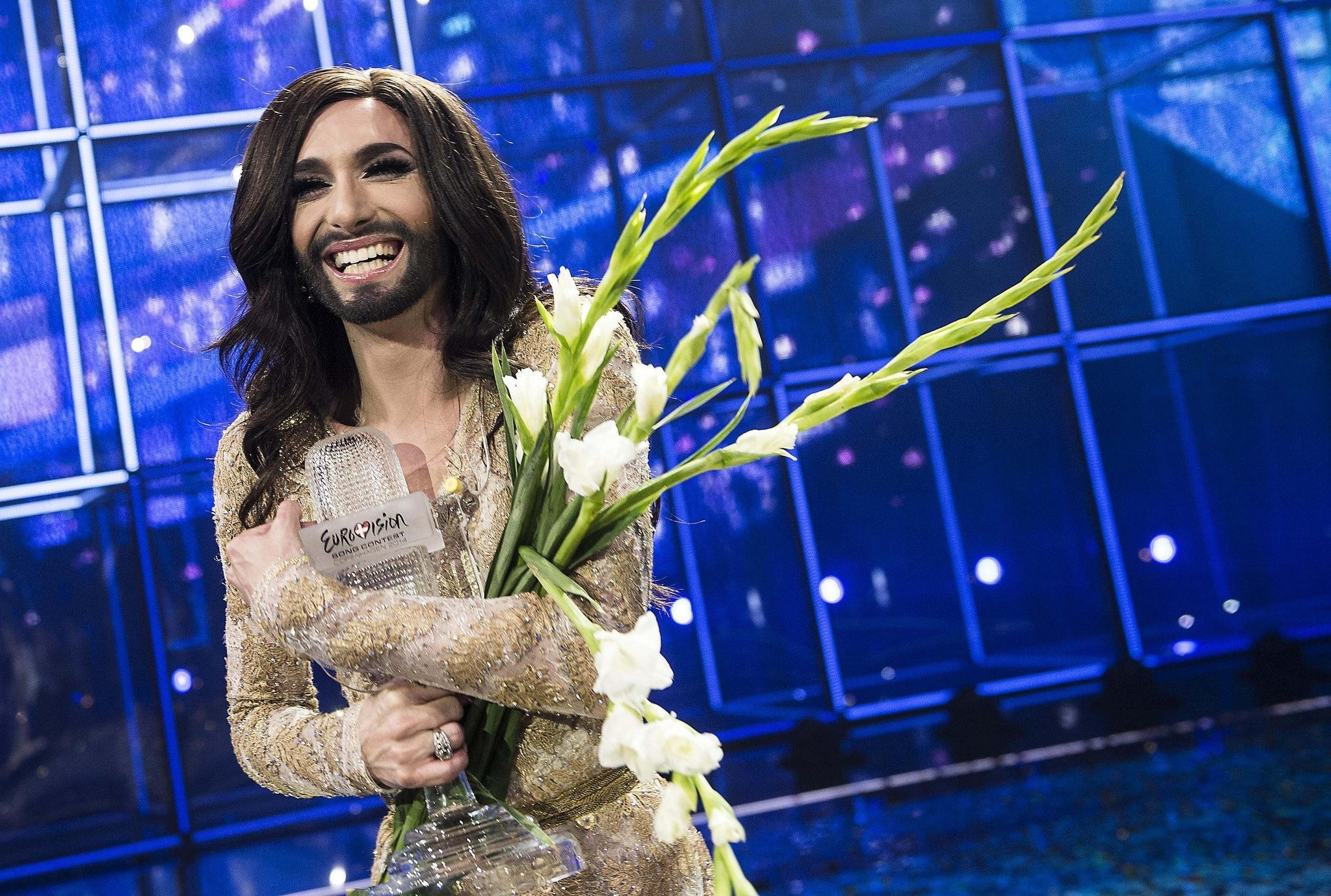 Conchita Wurst representing Austria poses with the trophy after winning the 59th annual Eurovision Song Contest (ESC) at the B&W Hallerne in Copenhagen, on May 10, 2014. (REUTERS Photo)
by Aug 11, 2017 12:00 am

The 2014 Eurovision Song Contest winner had been due to perform with her trio Basalt on Friday evening at an event celebrating multicultural collaborations between European artists and immigrants.

But British authorities refused to grant UK entry to the three Syrians, who have been living in Vienna for more than two years after fleeing the bloody civil war in their homeland.

"Due to the unfortunate fact that my friends Amjad, Noor and Almonther from Basalt were unsuccessful in their visa application to enter the UK, I am not performing at the Edinburgh International Festival tonight," Conchita, 28, wrote on her Facebook page on Friday.

"We are all very sorry as we were looking forward to being there."

Conchita and Basalt had been scheduled to perform their song "Small House" -- sung in English and Arabic -- as part of the New European Songbook.

The festival initiative saw public broadcasters across Europe nominate local artists to collaborate with migrant musicians who had recently arrived on the continent.

Austria chose the charismatic Conchita who shot to fame with her powerful song "Rise Like a Phoenix" at Eurovision two years ago.

The petite singer with her trademark dark beard has been a vocal supporter of refugees' rights.

The New European Songbook project "is about how different people affect and enrich the cultural geography of the places they come to", festival director Fergus Linehan told AFP.

"The symbolism (of the visa denial) is awful... It's particularly frustrating because of the whole point of the concert."

Linehan said the festival had extended an "open invitation" to Basalt to come and perform at a later stage.

The annual Edinburgh festival, which celebrates its 70th edition this year, is the largest and most renowned arts shindig in the world.

It is on a government list of permit-free festivals, which lets foreign artists who need a visa enter the country to apply for a standard visitor's visa rather than a working visa.

The Syrian trio applied to enter the UK on this basis but were unsuccessful.