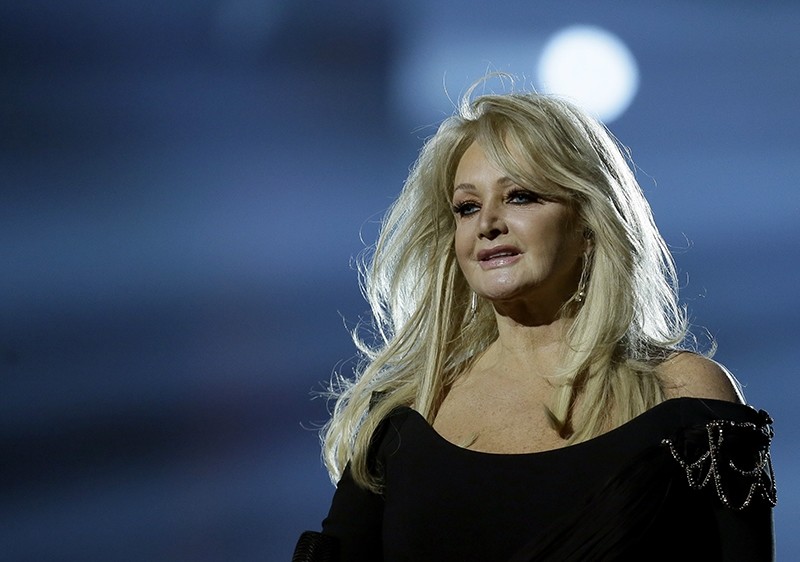 It's a pop culture moment for the ages: crooner Bonnie Tyler will sing her mega-hit "Total Eclipse of the Heart" -- on a cruise ship -- before an actual total eclipse of the sun.

"It's perfect," proclaimed a headline on BuzzFeed.

The 66-year-old British singer will perform her iconic 1983 power ballad on the Royal Caribbean ship Oasis of the Seas prior to Monday's eclipse, which will be visible across the United States, the company said in a statement.

"As Oasis of the Seas sails towards the path of totality, the international first lady of rock will join multi-platinum selling band DNCE as part of an exclusive concert in the ship's signature outdoor AquaTheater," it said.

DNCE is an American pop band headed by Joe Jonas, known best for its catchy single "Cake by the Ocean."

The eclipse will begin on the U.S. west coast, near Oregon, early Monday and ends in the afternoon over South Carolina, marking the first total eclipse to move across the United States in 99 years.

Interest in Tyler's signature song typically surges whenever there is an eclipse -- which happen on average every year and a half somewhere around the globe.

The page for the song's video on YouTube had more than 303 million views as of Thursday, four days before the eclipse.

But fans should be careful not to heed one of the lyrics: "Turn around, bright eyes."

Experts say no one should look directly at an eclipse without proper eye protection, or risk blindness.