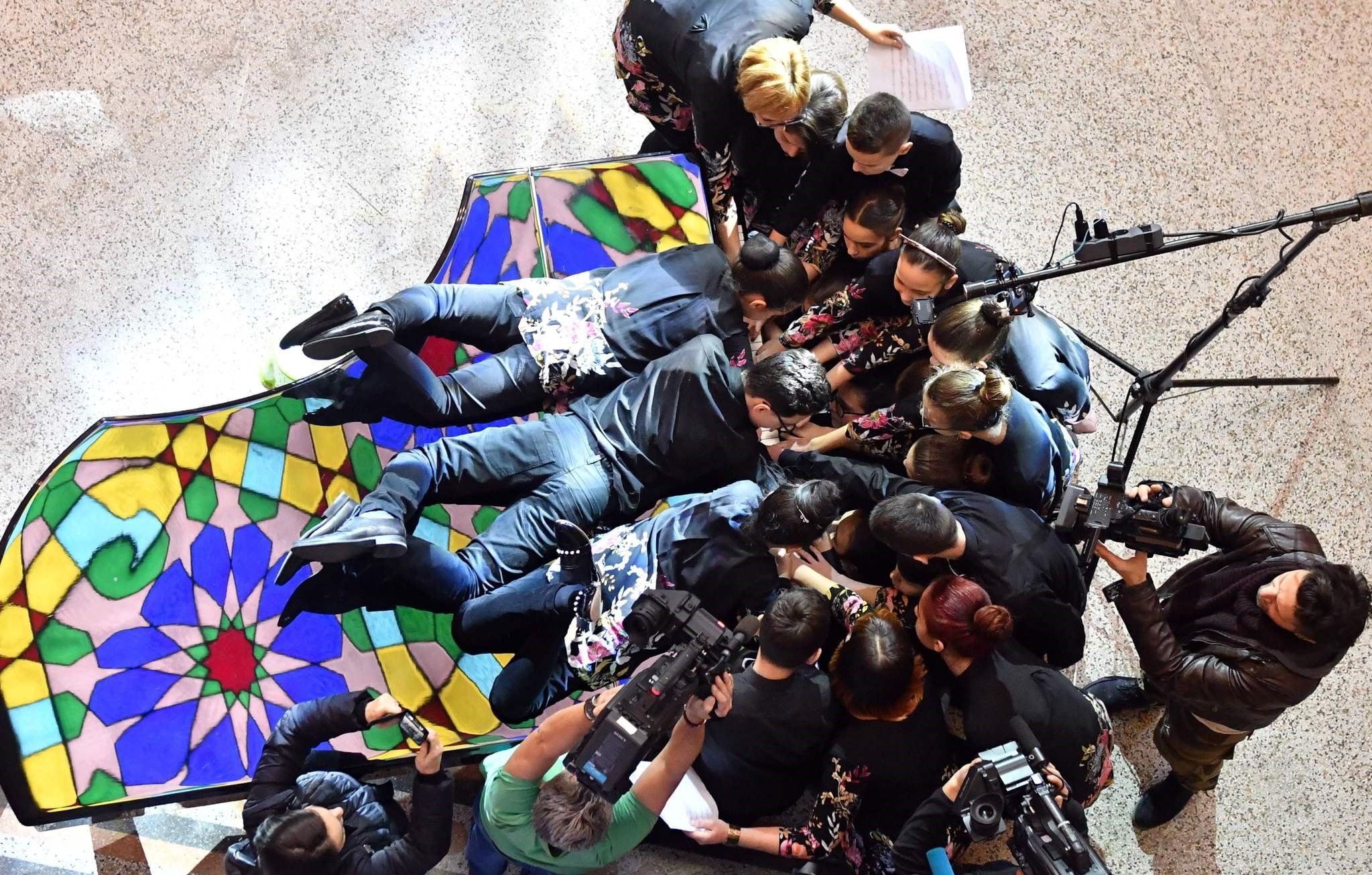 20 Bosnian children play ,Galop Marche,, by Albert Lavignac, in an attempt to set a Guinness World Record for largest number of people performing a single composition on a piano, on December 12, 2017 in Sarajevo. (AFP Photo)
by Dec 12, 2017 12:00 am

Some were on their knees, others lay flat on their fronts, but somehow 18 Bosnia children and their two music teachers managed to play a tune on just one piano on Tuesday to create a new world record.

The participants trained for three months for their joint performance of French composer Albert Lavignac's late-19th-century oddity "Galop-Marche" which he wrote originally for eight hands.

The event took place in the Sarajevo City Hall, which has been restored after going up in flames during the 1992-1995 Bosnian War.

Each player used one hand to play the piece. Their feat must be still be officially recognized by the Guinness World Records team but beats the record set by 18 young Italians in 2014.

Tuesday's performance was by children aged 9 to 15 from Sarajevo's Croat-Muslim and Serbia communities.

In a still divided country, the concert was "a message of peace, love and friendship," said music teacher Iva Pasic, who led the preparations for the performance.

Today Srebrenica is a microcosm of Bosnia, with Muslims and Serbs living side by side but by no means together -- still distrustful more than two decades after the war that claimed 100,000 lives, including more than 8,000 Bosnians slaughtered by Serbian troops under the command of General Ratko Mladić, and displaced two million people.

Tuesday's act of very close togetherness "was very difficult at first because everyone had to find a place around the piano," said 14-year-old Ivana Sagolj, one of the young pianists.

"But today, after three months of practice, I am very proud of everyone," she added.