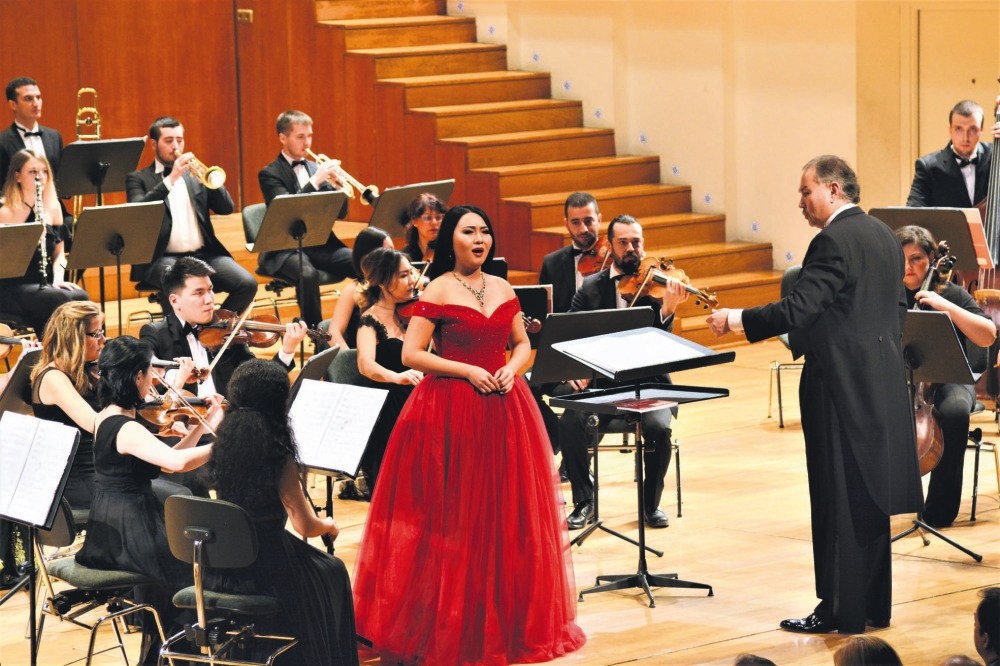 A Turkic symphony orchestra featuring young musicians from Turkey, Azerbaijan, Kazakhstan and Kyrgyzstan will be touring Spain until Monday.

The orchestra, created in 2017 through the combined efforts of the International Organization of Turkic Culture (TÜRKSOY) and Turkey-based Anadolu University, will perform in Ceuta on Wednesday, Yecla on Friday and Segovia on Sunday and Monday.

TURKSOY is an international cultural organization of countries with Turkic populations established in 1993 through an agreement signed by the ministers of culture of Azerbaijan, Kazakhstan, Kyrgyzstan, Uzbekistan, Turkmenistan and Turkey.

The international body has been carrying out activities to "strengthen the ties of brotherhood and solidarity among Turkic peoples, transmit common Turkic culture to future generations and introduce it to the world."