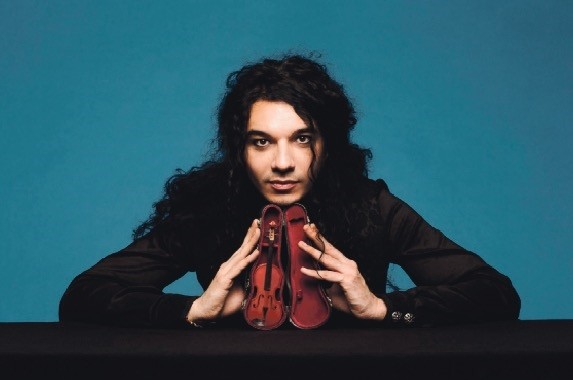 Nemanja Radulovic will perform a special concert with BIFO at Istanbul Lu00fctfi Ku0131rdar ICEC.
by Daily Sabah Mar 21, 2018 12:00 am

Nemanja Radulovic, who has been one of the most remarkable violin virtuosos recently, will perform a concert together with Borusan Istanbul Philharmonic Orchestra (BIFO) on the night of March 22 at 8 p.m. at Istanbul Lütfi Kırdar ICEC. The concert program, featuring Modest Mussorgsky's "Night On Bald Mountain" and Pyotr Ilyich Tchaikovsky's "Symphony No.4," which are the masterpieces of BIFO's Russian music repertoire, will be completed with Radulociv's performance of Aram Il'yich Khachaturian's Violin Concerto, which was gifted by him to the 20th century concertos.

Nemanja Radulovic has gone with the wind in the classical music world with both his virtuosity and adventurous programs in the last few years. Winning the most prestigious international violin competitions, such as the Joseph Joachim, George Enescu and Antonio Stradivari, the artist completed his education at the Conservatoire de Paris (Paris Conservatory) and in Saaarbrücken with a superlative degree.

He was granted the ECHO Classic Award in 2015. Radulovic was chosen as the "Musician of the Year" at the ELLE Style Awards with his approach to fashion. One of the prominent artists of Deutsche Grammophon, Radulovic released his latest album comprising of Tchaikovsky's compositions in 2017. Recently, the artist continues to crown his career, working together with the most prestigious institutions in the world.