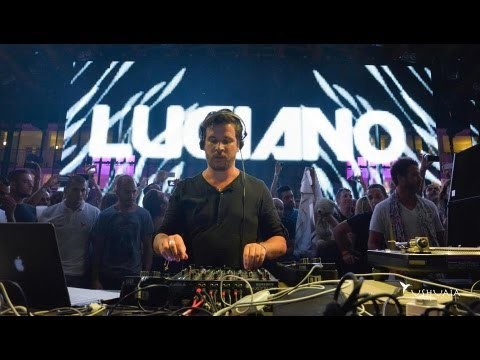 Burn Energy Drink continues to make electronic music and hip-hop lovers happy. In May, it organizes two great electronic music events in Hypnos Hall and Klein and presents a chance to listen to Luciano and Bedouin, which performed at Burning Man in 2016 and 2017. Furthermore, it revives the hip-hop arena with the events "Burn Hip-hop is Back" and "Burn Battle Zone." For those who follow Burn Energy Drink events, May will be full of music.

The first event will be Cadenza Istanbul Weekend, which will be organized tomorrow night in electronic music's new favorite place Hypnos Hall.

Luciano, who is the star figure behind the most exciting parties in Ibiza, is a producer who differentiates with his eclectic sets reaching from minimal techno to house and Latin melodies. He had nominations in 10 different branches among the Best International DJ Awards, the oldest and only international event in electronic music, and won five of them.

The "Burn Hip Hop is Back" event will be organized on the stage of Dorock XL on May 5. The third event of this series, which was started by Kadıköyacil in 2017, will host Ceza, the legendary figure of hip hop music, Ezhel, Ayben, Yener EÇvik, 9 Canlı, Sansar Salvo, Fate Fat, Agab, Cashflow, Istanbul Trip, Kadıköyacil and Kamufle.

In the event, which will continue for the whole day, DJ performances will take place between 2 p.m. and 5 p.m. Besides, entertaining and alternative events, like Breakdance & Graffiti competitions, which will present prize money of TL 2000, will be held. The concerts will start at 6 p.m.

Bedouin, the project which was organized by Tamer Malki and Rami Abousabe in Brooklyn, appears on the Istanbul stage. Performing for two weeks of Coachella in 2018, Bedouin is one of the most successful figures of instrumental deep music. Having participated in Big Burn Istanbul in 2017, the band will perform again for electronic music lovers in Istanbul again. Listen to the fire inside and take your place in Klein on May 11.

In "Burn Battle Zone," which will be organized in Eskişehir province after Moscow, Kiew, Krakow and Istanbul, entertainment, music, dance and energy will never disappear. The event will meet participants on the night of May 12. People in Eskişehir will experience an unforgettable night full of dance, energy and entertainment. The figures who will perform in the event, which was held in many countries before and is one of the biggest hip hop events in Turkey, are Ceza, rising star Ayben, Fate Fat, Sansar Salvo, Joker and DJ Sivo. The event will start at 6 p.m. and everyone can attend free of charge.