Nina Zilli: I can't wait to breathe your culture again 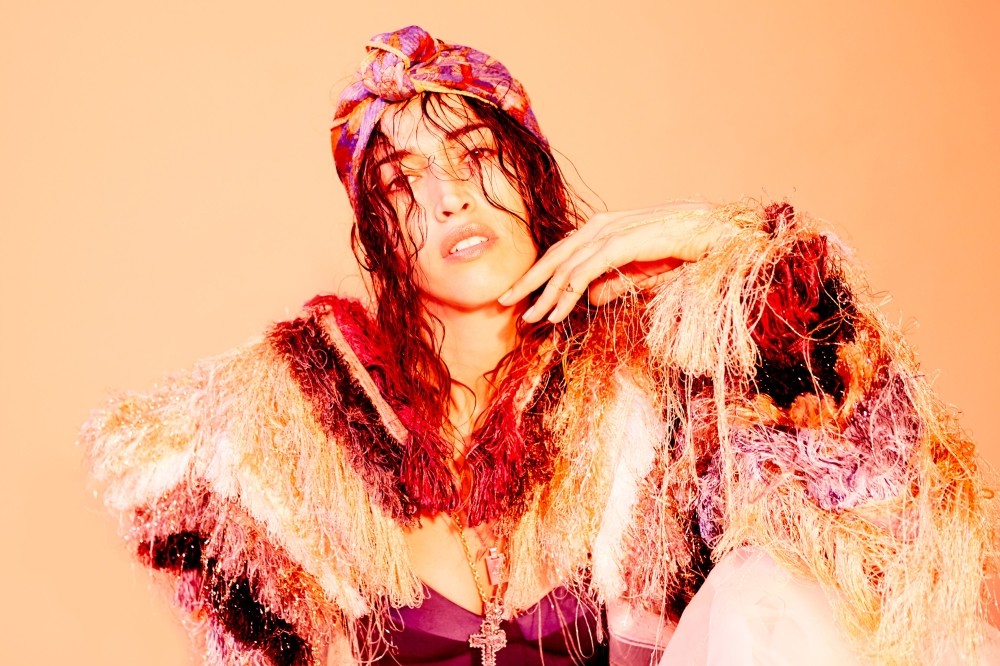 Popular in Turkey and around the world, especially for the song "50mila," Italian singer Nina Zilli will meet her fans in Istanbul on May 10 at İş Sanat

The song "50mila" was used as a soundtrack in Turkish director Ferzan Özpetek's film "Mine Vaganti."

During the San Remo Music Festival 2012, Zilli was chosen to represent Italy in the Eurovision Song Contest 2012 in Baku, Azerbaijan, where she placed 9th with the song "L'amore e femmina" (Out of Love), included on her second studio album.

Zilli returned to the San Remo Music Festival in 2015, and competed with the song "Sola" from her upcoming album "Frasi&Fumo." She was also a judge on the sixth series of Italy's "Got Talent."

In 2017 her latest album "Modern Art" was released. She will appear in Turkey for the first time at İş Sanat on May 10.

DAILY SABAH: What's the story of your latest album "Modern Art" and how do you compare it with your previous album?

NİNA ZİLLİ: The title has a double meaning: On one hand it moves your mind and ears to a new urban kind of sound, on the other, it is a title track, a concept that belongs to "Domani arrivera (Modern art)," a very important track on the album. It represents my way of life, during the "Wi-Fi" era. Sometimes we should take time for ourselves, forget our cellphones and social networks, quit technology and prefer human relationships or a simple walk in the park. Sharing should always mean, for example, look someone straight in his eyes, at least; before twitter that's how it was.

D.S: What was your first dream about music?

N.Z: I've always wanted to be a singer and songwriter; that was my biggest dream ever.

D.S: How did Ferzan Özpetek's film "Mine Vaganti" meet your song "50 mila?"

N.Z.: It's hard to put in words. My manager and my label made me a huge surprise: they sent me "Mine Vaganti"'s trailer without telling me anything about it. When I heard my voice singing I almost fell off the chair! I couldn't believe it. Cinema is one of the most complete forms of art, and Ferzan Özpetek for sure knows how to make a great movie. It's such an honor to be a part of it, I'm very grateful. The song is about love and struggle; the music's happy, but the words are very sad, exactly like Ferzan's movie. It's a comedy but it's about life, so it has to hurt a little.

D.S: You have been many times at the San Remo Music Festival. What would you like to say about this Festival?

I've loved San Remo's Festival since I was little. I remember watching it with my parents on TV, and since I was five, year after year, I kept saying: Mum, when I'm big I'll go singing there. My mum kept laughing. I actually sang on that stage in 2010; then a little tear of joy came down!

D.S: You have lots of awards. Which one is the most special in your career?

I believe that music's first of all sharing; then of course winning awards makes you feel good, very good! The most important one to me is "Premio Mia Martini." It came from the critics and is titled for one of the biggest female Italian singers ever, Mia Martini. Her voice was her soul, out naked, in between the notes.

D.S: What is the difference between the Eurovision Song Contest and the San Remo Festival for you as a singer?

I compare Eurovision to the San Remo festival, but a European version. It's a great way to unite Europe under the sound of music, and I think that this contest could be very interesting for the music market as well, if strongly coordinated.

D.S: You were also a part of TV programs and shows as a presenter. Are there any different projects you want to do besides music?

Of course! Beside TV shows, namely Italy's "Got Talent," MTV shows and others, as soon as I've got a couple of months off music, I will transform into a radio speaker on my radio show, "Stay Soul." I make the playlists; it's pretty much all the music I loved and love in my life and tell lots of stories about the artists we play.

D.S: What does coming to Turkey and giving a concert here mean to you?

I can't wait to sing in Turkey, I know lots of people there appreciate my work. When I visited a few years ago, I even heard "50mila" on air. I was at the seaside in Bodrum, and I felt very excited. I loved the country, culture and the wonderful landscapes, seaside and people. Musical exchange is always a good thing, they make us understand better the cultural differences and always create something new. It's very stimulating for an artist. I can't wait to breathe your culture again.