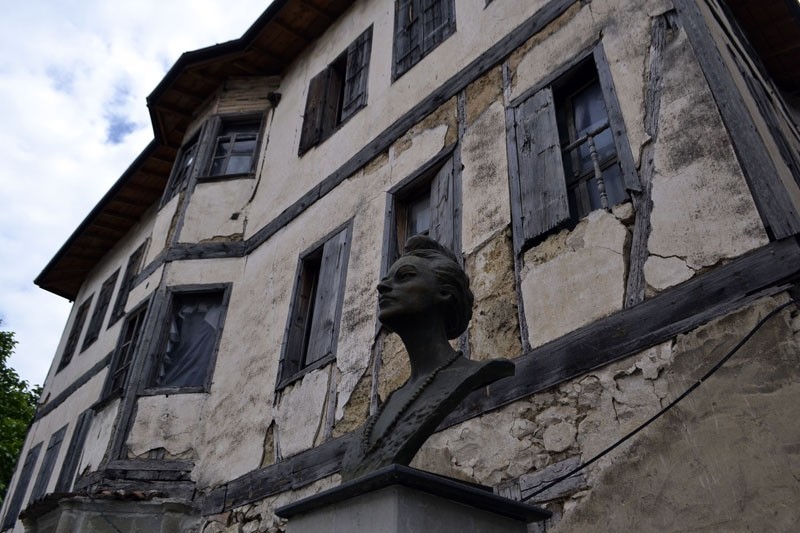 Deemed as one of the leading sopranos of the 20th century, ‘La Diva Turca,' Leyla Gencer's hometown, Yörük village in Safranbolu, Karabük, will to be turned into a touristic destination

Known as "La Diva Turca," "La Gencer" and "La Regina, Leyla Gencer," who passed away 10 years ago, will be commemorated through the project of turning her hometown, Yörük village, into a touristic destination.

Resembling a small mockup of Safranbolu, included in the World Heritage List of UNESCO, Yörük Village, the hometown of Hasanzade İbrahim, the father of Gencer, who was the son of a Muslim family from Safranbolu, was taken under preservation in 1997 by the Ministry of Culture and Tourism, as it is a Turkish-Turkmen village offering magnificent historical buildings.

There are 93 registered historical buildings in the village and it welcomes thousands of local and foreign tourists each year. Speaking to Anadolu Agency (AA), Safranbolu District Governor and Deputy Mayor, Fatik Ürkmezer highlighted the importance of Safranbolu's importance as a capital of culture, history and tourism. "There are those people from Safranbolu, who have contributed form the culture and arts scene in Safranbolu. Leyla Gencer's contribution to not only her hometown of Yörük Village but also Safranbolu, Turkey and to Turkish art and culture and opera as a soprano is notable," said Ürkmezer and added that the residents of Safranbolu were proud to be fellow townsmen with Gencer, who has helped Safranbolu and Turkey to be heard in the world.

Ürkmezer stated that the Yörük village is not only crucial with its historical houses but also for being the hometown of a world-renowned soprano like Leyla Gencer and that they will continue striving to commemorate Leyla Gencer, preserving her memories and honoring her talent as the District Governorship and municipality along with the residents of Yörük village. The roof of Gencer's family home had been previously repaired and now the District Governorship and the Local Authority have agreed on promoting Yörük village as a separate tourism destination with works continuing to preserve the historical texture of the village. "With a holistic approach, we are trying to open the bust of Gencer in the square and also the house right behind it," added Ürkmezer.

He also noted that various previous events had been held in the city including opera and classical music events and added that they would like to benefit from Gencer's contribution in presenting Safranbolu in both Turkey and abroad by establishing a bridge with her.

Leyla Gencer was born in Polonezköy on Oct. 10, 1928. Her career as a vocalist started with her role as "Santuzza" in "Cavalleria Rusticana" at Ankara State Theater in 1950. She also met with audiences in Italy for the first time with this role. Thanks to her rich repertoire and perfect technique, Gencer soon obtained a fame all around the world as "La Diva Turca," "La Gencer" and "La Regina."

Including 72 pieces by 23 composers in her repertoire throughout her career, Gencer continued performing until 1992. Afterwards, she trained young artists and passed away on May 10, 2008.