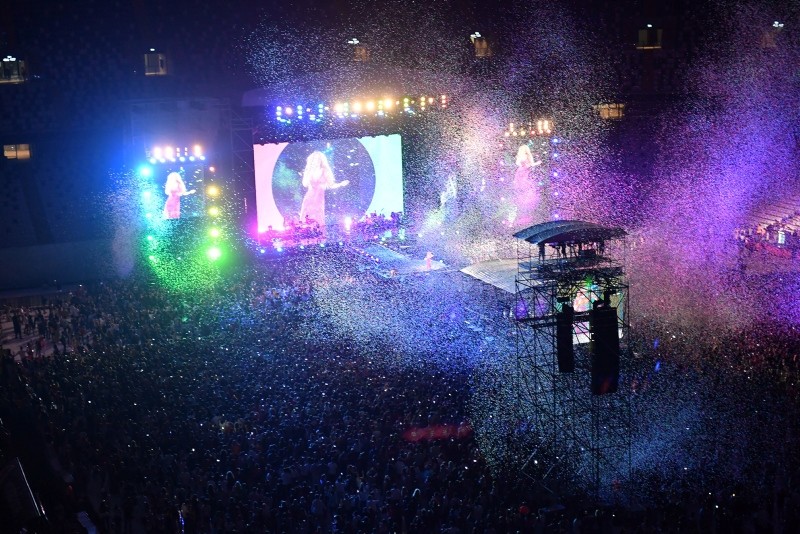 Colombian pop star Shakira, who is on El Dorado World Tour, commanded the stage at Istanbul's Vodafone Park on Wednesday.

The Grammy award-winning singer performed a two-hour concert before the packed stadium as part of her sixth world tour to promote her latest album, "El Dorado."

Shakira fans rejoiced as her songs reverberated throughout the concert arena, which is located in Beşiktaş district on the European side of Turkey's largest city. She performed numbers from her new album as well as her renowned songs, including "La La La", "Waka Waka" and "Whenever, Wherever."


The tour, which kicked off on June 3 in Hamburg, Germany, is set to end on Nov. 3 in Bogota, Colombia.

Organized by Live Nation Entertainment, the tour consists of 30 cities mostly in Europe and the United States.

The 41-year-old singer, who arrived in the city with her family Tuesday night, performed in Istanbul for the first time in 11 years.