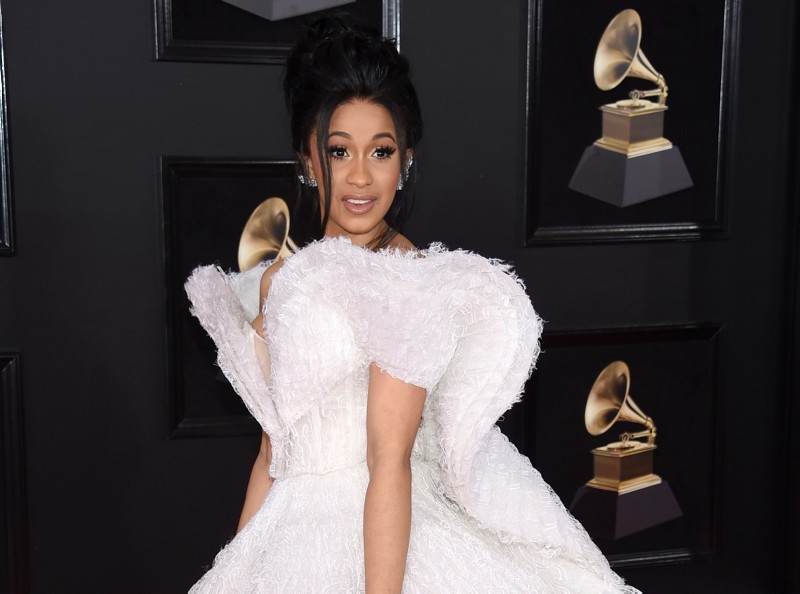 Fast-rising rapper Cardi B on Monday topped nominations at the MTV Video Music Awards, outpacing Jay-Z and Beyonce who were recognized for their ornate work filmed at the Louvre.

Cardi B, who in little more than a year has become one of the most prominent women in the male-dominated world of hip-hop, received 10 nominations for the awards show that will take place on August 20 in New York.

The Bronx native born as Belcalis Almanzar was in the running in both hip-hop and Latin categories as well as Artist of the Year and Best New Artist.

The 25-year-old, who recently became a mother, was nominated for Video of the Year as the featured artist on "Finesse" by funk revivalist Bruno Mars. The video pays tribute to "In Living Color," the trailblazing African American television comedy show of the early 1990s.

Cardi B scored a runaway success last year with "Bodak Yellow," a song in which she touches on her former life making ends meet as a stripper, but was controversially passed over at the latest Grammy Awards -- which Mars dominated.

Beyonce and Jay-Z were nominated for eight awards, all for "Apeshit," the meticulously attired and tightly choreographed production shot at the Louvre, opening with music's first couple standing like a painting in front of the Mona Lisa.

"Apeshit" was part of the surprise album "Everything is Love" by "The Carters," who celebrated their marriage in soulful hip-hop after a rough patch that was thoroughly aired in previous music.

Childish Gambino and Drake each received seven nominations. Childish Gambino, the hip-hop alter ego of actor Donald Glover, received all his nods for "This is America," his much-discussed meditation on the contemporary political landscape of the United States.

The video for "This is America," directed by Hiro Murai, depicts Glover in acts of violence that reflect gun massacres and racism in the United States, complemented with dancing in homage to African traditions.

The MTV Video Music Awards each year draws an A-list of celebrities but, unlike the more formal Grammys, is more closely watched for its pop culture moments than for the suspense on the winners.

Previous scenes at the VMAs have included Lady Gaga sporting a dress made of meat, Britney Spears and Madonna locking lips and Kanye West declaring his aspirations for the White House.