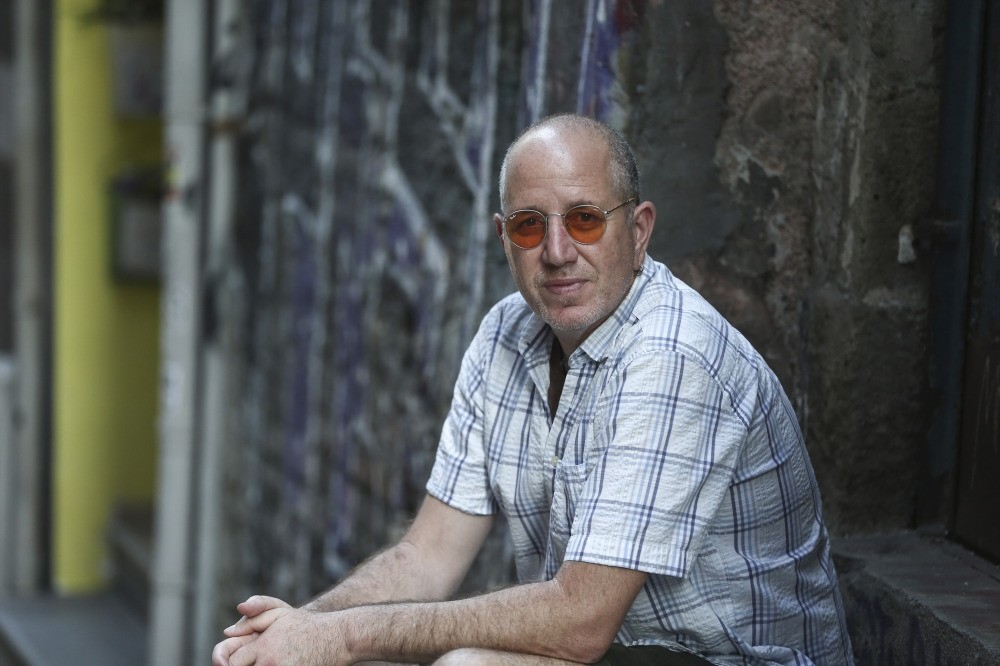 Yinon Muallem is a musician who performs all over the world, released nine albums and artfully performs Turkish music with traditional instruments

Muallem, a percussionist and ud artist who was born in Israel to Iraqi parents and has continued his musical career in Istanbul for many years, beginning with Latin percussion. After assessing the many differences between Turkish music and Arab music he said, "I followed Turkish music. My compositions are Turkish music installations. For example, I play like Turks in the hejaz mode."

Muallem reflects that his unique style was developed using instruments like the darbuka, tef, bendir, zarb, kanjira and gatham.

Muallem first visited Istanbul in 2000 as a tourist and fell in love with Turkish music during his visit. He revisited Istanbul to receive training from Yurdal Tokcan, the famous ud player of Turkey and met with many musicians.

He could not leave Istanbul, which he visited for a few months at a time, he soon learned Turkish and established a family by marrying a Turkish woman.

Noting that along with the voices on Istanbul's streets, he was very impressed by the Sufi, Roman and folk culture and music and was inspired by different musical genres and famous artists of the East and the West.

'We want to grow for music'

Muallem pointed out that he prepared the album "Ta Ki Dum" with Turkish musicians Hakan Gürbüz and İsmail Altunbaş. "'Ta Ki Dum' is the language of percussion song in Indian music. When you strike different beats, you give a rhythm of 'ta,' 'ki,' 'dum'. There are mostly percussion instruments used in this project. That is why we named the album as such. We also established a band with the same name and wrote a song titled 'Ta Ki Dum.'"

Five of his compositions are included in the album and Muallem mostly played the ud for this project. Altunbaş has two works in the project. In addition, there is a percussion duet. Muallem and Altunbaş performed hejaz mode in the album as well. The album contains different sections and improvisations. Muallem noted that they shot two video clips for two songs in the album.

Muallem used to perform with Gürbüz and Altuntaş in Israel before the band "Ta Ki Dum" was established.

"We set on the road with good energy. We enjoy it and this is what matters. Of course it is also important to create high quality music, but sitting and playing music together is more beautiful than anything else. Sometimes musicians do not get along because of their ego. I believe we will work together for a long time. Our work is not just to make albums and perform at concerts. We want to grow for music," said Muallem.

Muallem noted that he will release the four-piece "Back Home" album he recorded with Orel Oshrat, Sivan Oshrat, Meni Welt and Maayan Doari in the market in 2019.

From Israel, chose Turkey as home

On the reactions of Turkish pressures on the Israeli government regarding the Palestinian people Muallem noted that while he is from Israel, he has chosen to make Turkey home and that he does not like politics. "While I have an idea about these situations, I will not speak of them now. Many incidents and protests took place within the last 16 years. I did not feel comfortable at that time and I still do not now. I believe, despite the clashes, the people of these two countries like each other, will treat each other kindly and things will get better," said Muallem.

Nothing that he has an impartial understanding of art, Muallem said no one has to back up his art. He added that he does not select a country such as Israel and Turkey. "It does not matter to me how they are related to Israel, I can play with any artist. I played with Iranians, Iraqis, Palestinians and Turkish musicians," noted Muallem.