New season of Istanbul Recitals ready to kick off 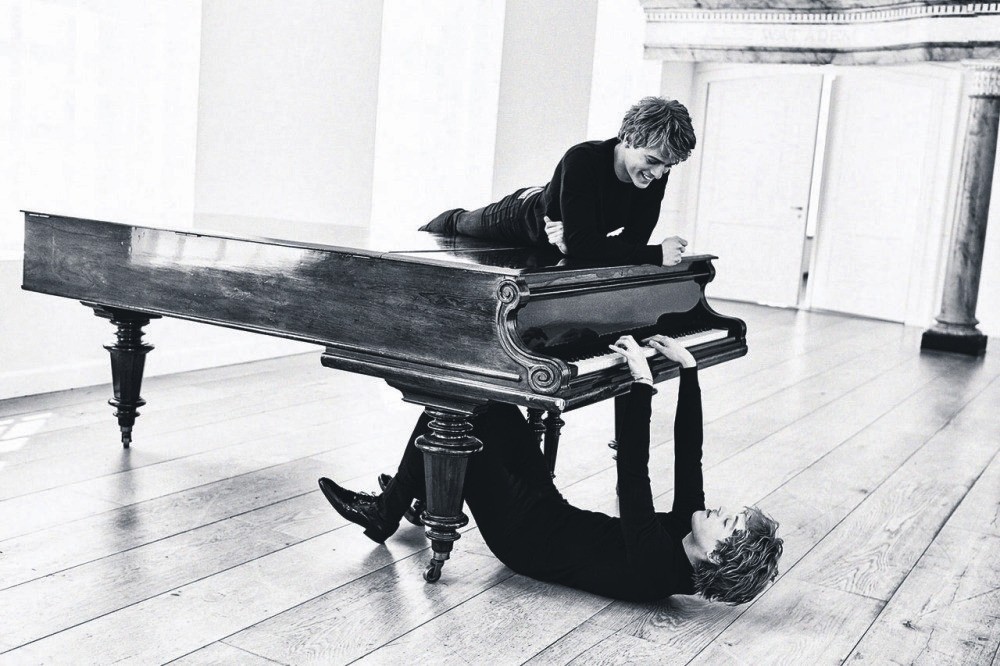 Istanbul Recitals features an energetic, extraordinary and amazing new season, which will host master and champion pianists from Asia, Europe and the United States.

Promising a full season for classical music buffs, Istanbul Recitals, Turkey's only recital-focused concert series, has been hosting the world-renowned virtuosos and the champion pianists who have put their stamp on the 21st century in the high platform of classical music for the past 12 years, bringing together the esteemed local and foreign institutions and brands with the distinguished audience of the city's top locations.

The Istanbul Recitals, which takes place at Sakıp Sabancı Museum's venue the Seed, will last for nine months from October 2018 until June 2019, inviting world-renowned virtuosos with a special recital each month in Istanbul and making a significant contribution to the cultural life of the city by helping Istanbul be commemorated once again with respect on the international platform.

The 12th Season of the Istanbul Recitals will kick off on Oct. 3 with the extraordinary and energetic pianists of the new generation Lucas and Arthur Jussen Brothers, recognized as "Two Souls, One Mind" with their unique harmony on four-hand piano. The famous French pianist Alexandre Tharaud, who has performed in almost all of the world's most prestigious halls with the most popular orchestras and made his mark on Haneke's award-winning "Amour" in addition to 37 albums, will perform at the Istanbul Recitals on Nov. 13. The latest recital of 2018 will be performed by the award-winning Chinese-born American pianist Claire Huangci, who performed a special concert for former U.S. President Bill Clinton at the age of 10 as a "child prodigy" and who was described by the Chopin Magazine to be "creating a Tsunami effect." Claire will visit Istanbul Recitals for the third time this year on Dec. 15, 2018 following her victory at Geza Anda, one of the most prestigious international piano competitions in the world.

The Istanbul Recitals will welcome the new year with British pianist Freddy Kempf with more than 20 albums and more than 1 million views on YouTube. Kempf, one of the most admired pianists of our time with many wins at the international competitions and worldwide concerts, will be a guest of Istanbul Recitals on Jan. 12 for the first recital of 2019.

2015 Geza Anda Champion American pianist Andrew Tyson will be performing as part of the Istanbul Recitals on Feb. 15. The winner of the Gina Bachauer Piano Competition as well as the Arthur Rubinstein Special Prize, Tyson was described by BBC Radio 3 as the "True Poet of the Piano." Istanbul Recitals will also host the 37-year-old Croatian pianist, "Paganini of Piano," Goran Filipec, on March 13. Highly acclaimed with his wins in competitions and albums released under the Naxos label, Filipec also received the "Ferenc Liszt Society Grand Prix du Disque," which was previously presented to formidable names such as Horowitz, Brendel, Kocsis and Pollini, with his latest Paganini album.

The surprise of the new season is in April. In a note written for the legendary pianist Stephen Kovacevich, famous English conductor Leopold Stokowski says: "You do with your feet what I try to do with my Philadelphia Orchestra." The legendary pianist will be at Istanbul Recitals on April 12. The 2018-2019 season will host award-winning and outstanding pianist Yeol Eum Son, who has more than 10 million views on YouTube, on May 11. South Korean pianist Yeol Eum Son, who entered the world pianists' league with the Van Cliburn and Tchaikovsky international piano competitions, was praised by publications like the Washington Post, BBC Music and The Times with her crystal-thin touches and powerful technique. The 12th season finale of the Istanbul Recitals will take place on June 14 with Russian pianist Anna Tsybuleva, champion of the Leeds International Piano Competition 2015, one of the world's most prestigious contests.