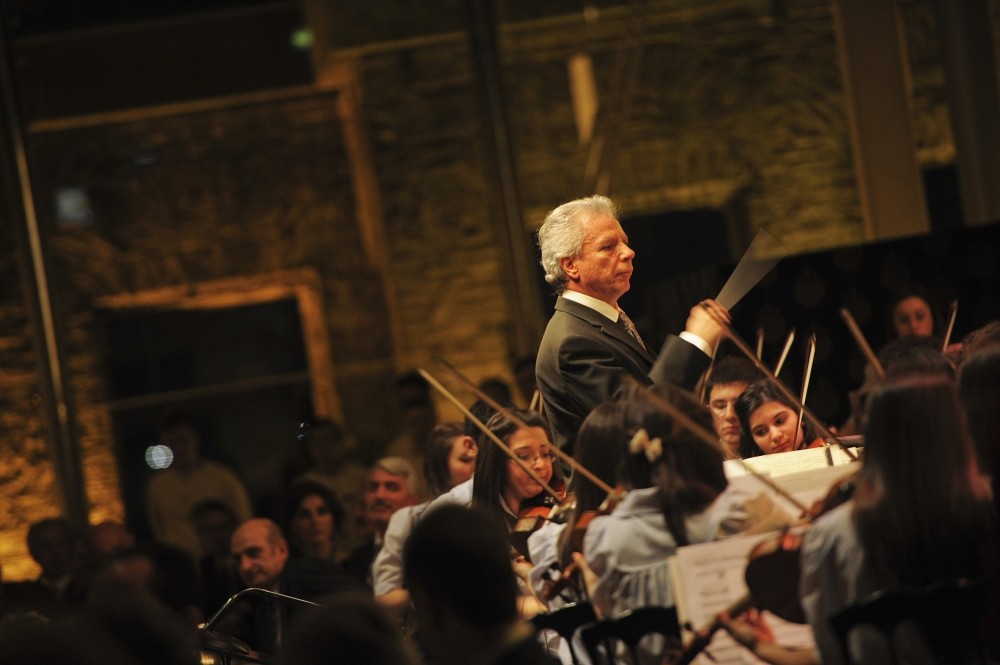 Rengim Gökmen, the conductor of the harmonious, disciplined and coordinated work behind performances of the Presidential Symphony Orchestra, talked to Daily Sabah about the particulars of his profession

Even though many of us know that the task of maestros is to conduct the orchestra, we are still impressed by the mysterious movements they make on stage and wonder how they guide the crowd of musicians. They make the ensemble perform a great performance with some movements that we don't understand when we see them, and we witness the expression of the rightful pride on their face when they turn and greet us, the audience.

Rengim Gökmen is one of these conductors on whose face we are used to seeing this expression and the conductor of numerous concerts at various tours. 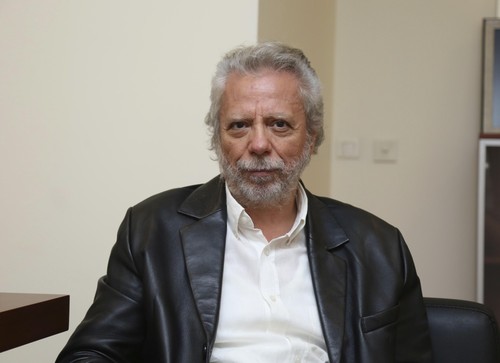 Gökmen, who served as the general director and general art director of the State Opera and Ballet (DOB) from 1992 to 1995, and from 2007 to 2014, 10 years in total, currently works as the music director and conductor of the Presidential Symphony Orchestra (CSO).

Speaking to Daily Sabah at the CSO concert hall, Gökmen described the orchestra conductor as a person who makes all kinds of decisions, gives all kinds of guidance, and ensures integrity not only in terms of time, but also in terms of an expression.

He sees the orchestra as a living organism and the conductor as a person who guides the orchestra to obtain the best musical result by means of knowledge and accumulation, using psychological and hypnotic interactions.

Gökmen noted that the impressive movements of the conductor do not reflect even 10 percent of his real task.

Born to an opera singer mother and a theater actor father, Gökmen was born into art. Gökmen said that nothing but art was talked about at their home when he was growing up.

He said that he joined the Ankara State Conservatory at the age of 8 and completed his education with artists who were very influential in his life like İlhan Baran and Ahmet Adnan Saygun.

The course of his life in the years following his youth changed when he watched a Los Angeles Philharmonic Orchestra concert conducted by Zubin Mehta, pushing the idea of being a maestro into his mind. The artist completed his education in the field of orchestra conducting in Italy. He has been unabatedly continuing his profession with passion since then. Gökmen shared his experiences from when he was the general manager of the DOB before he became the CSO conductor, saying that the opera and ballet are an organization that can be performed by the richest countries with the most advanced organization skills. He argued that, as Richard Wagner says, the opera is a combination of all arts and it contains many branches, including theater, painting, plastic arts and literature, along with music. Gökmen also touched on the role of conductor in the orchestrate, stating that the orchestra is a living organism and a very democratic area where everyone is free to stay within their borders, but never infringe each other's borders. The CSO sets the best example of harmony in freedom and freedom in harmony. According to Gökmen, the most important reason for the successful performances made with this harmony is discipline.

The CSO consists of musicians who work in discipline with a certain background and technique trained at the state conservatory. It continues to do its job with a professional idea and an amateur spirit. Gökmen underlined that amateurism or professionalism in both thought and soul at the same time is not preferred in the music world.

hasizing the importance of playing by thinking with a professional brain, the artist also said that the effect of loving works with an amateur spirit on successful performances should not be ignored.

Gökmen, who has a difficult task of coordinating a large group of musicians, stated that another important factor in the orchestra is tolerance. The artist noted that orchestra musicians tolerate each other's mistakes and try to paper over these mistakes, continuing, "The orchestra is a very good example of cooperation - the most important action that humanity has done on earth."

The CSO, which is an indicator of the advanced and sophisticated civilization of Turkey and has become the showcase of the country abroad, has a long history.

Explaining that the history of the orchestra, Gökmen stated that the music ensemble had emerged during the period of modernization in the army with the removal of the Guild of Janissaries. During this period when the army was modernized, the band was renovated and Muzıka-i Humayun (the Royal Band) was established. The orchestra, which performed more in the military frame at that time, began performing art as a classical music orchestrate after the 1890s. So much so that, it even made the first world tour in the early 1900s. The orchestra, which has been performing public concerts in Turkey since 1924, has met with the audience in 36 provinces in the last five years and is still trying to reach the entire country.

The CSO will perform the opening concert of this season at the Beştepe Presidential Complex's Millet Convention and Culture Center under the baton of Rengim Gökmen tonight. Gökmen said the opening concert program was prepared with a wide range and scope. The concert will include works by foreign composers such as Mozart, Borodin and Brahms, anonymous melodies, Neşet Erşat's folk songs, Vasıf Adıgüzel's Çanakkale oratorio and Ulvi Cemal Erkin's Köçekçe. A vivid program consisting of works by both Turkish composers and world composers awaits listeners.*Mustafa Kırıkçıoğlu from Daily Sabah's Ankara office contributed to the interview.