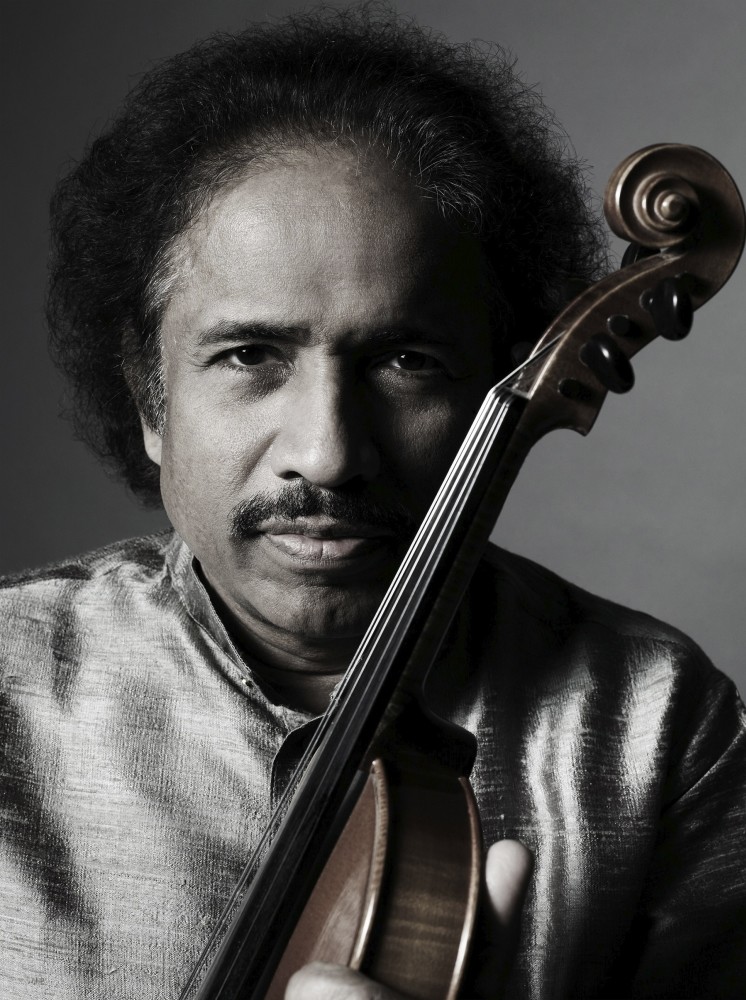 Known as the Paganini of Indian classical music, the composer of the soundtrack of the movie "Little Buddha," Dr. Lakshminarayana Subramaniam and the young virtuoso Muhammad Yıldırır, deemed as the "Fastest Violin Artist in the World" by Guinness World Records will perform at Cemal Reşit Rey Concert Hall tomorrow.

Subramaniam, who turned Carnatic Indian Music to global music with different genres and techniques, will be taking the stage with Muhammed Yıldırır, who received the "Most Successful Musician" award from the Turkish Presidency. Vocalist Nergis Yıldırır and violinist Ali Yıldırır will be the guest artists of the concert.

In the first part of the two-part concert, Muhammed Yıldırır will be performing various works of Turkish music with his own interpretation.

The second part of the concert will welcome Subramaniam and his team for authentic Indian music.

The violins will be competing with each other and the two virtuosos will meet on stage offering a musical feast to the listeners with their powerful performances.

Subramaniam was born in 1947 as the son of a famous Carnatic violinist father and vocalist mother. His family start transferring their musical legacy to Subramaniam at a very young age.

Due to an uprising at the time, the family had to migrate. In an interview after many years, Subramaniam noted that they began their new life with just the clothes on them and violins in their hands. Through all this, music continued for the family. Subramaniam officially started music at the age of 6 thanks to his father's discipline.

Curing with music, not medicine

Subramaniam and his family adapted to their new lives in a short time and become part of the period's rich music scene. Subramaniam started to accompany the great names of the Carnatic music he listened to for years. He is also a graduate of Madras Medical College and took a financial risk that not many middle-class families cannot in India and quit being a doctor. Then he returned to his first profession, music. He does not cure people as a doctor but with his music.

Changed the destiny of Carnatic violin

In the second chapter of his musical career, Subramaniam created an innovation that changed the destiny of Carnatic violin, which is either played solo or accompanied. He started a trio. While the musical conservatives opposed Carnatic music becoming an orchestra, the L. Subramaniam Trio wrote the history of Carnatic music.

Developing the concept of global music

The artist did his Ph.D. in California on classical Western music. He developed new ideas and concepts in terms of orchestration and rhythm for classical carnival music and classical Western music. He is deemed as the pioneer of global music in his country. Today, he is the director and founder of Lakshminarayana Global Music Festival, which brings together artists from all over the world. He is also the executive of Subramaniam Academy of Performing Arts.

From Yehudi Menuhin to Ravi Coltrane

Subramaniam is not just a Carnatic music violinist, he is also an outstanding composer. While he has numerous concertos, he is also one of the most prolific and successful composers of soundtracks for the film industry. "Salaam Bombay," "Mississippi Masala" and "Little Buddha" are some of these movies. Subramaniam was honored by the president of India with the "Most Creative Artist" award.