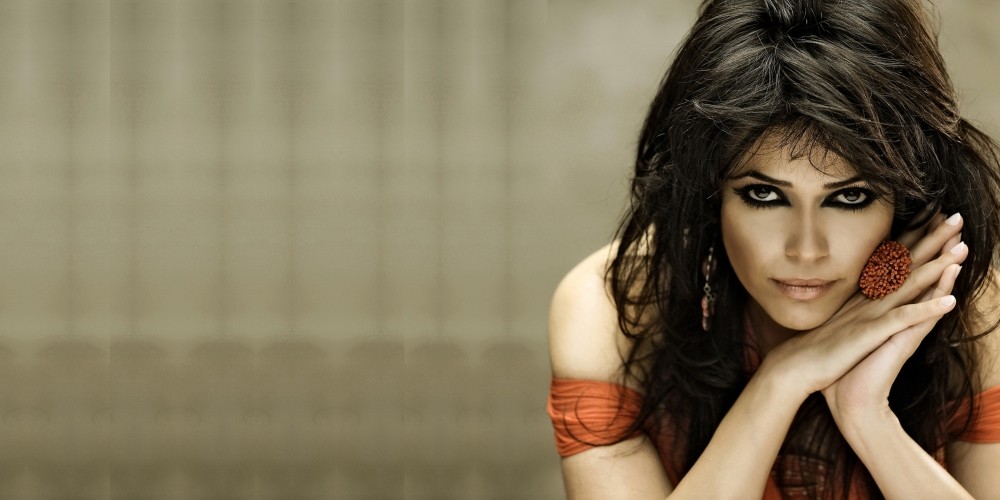 Having performed recently in Konya province, world-renowned Ladino musician Yasmin Levy wasintroduced to Sufi culture in the city and intends to learn the philosophy behind it

Yasmin Levy, one of the world's most famous Ladino musicians, wants to return to Konya to learn how to perform Sema or Sufi whirling. Often described as "the woman whose heart beats in the vocal cords," Levy is visiting Konya for a concert and was impressed by the Mevlevi order.

She performed Ladino, Flamenco, Arabic, Turkish and Roma tunes at the 1,700-capacity Selçuklu Congress Center. Speaking to Anadolu Agency (AA), Levy said her parents were Turkish Jews who migrated to Israel from Manisa. She was born in one of Jerusalem's Arab neighborhoods. Levy noted that she was happy to be in Turkey. Talking about her love for the country, she said, "Let me tell you a memory. I have a photo when I was one-and-a-half. In that photo, my father put on a Turkish song and I was dancing. My father used to tell that I am Turkish and my elder sister is French. I am Turkish and grew up listening to its music."

Levy stressed that she came to his father's homeland in order to search for her family roots as a guest of the Manisa Municipality. "The Manisa Municipality invited me. We could not find my father's house. It was demolished. However, my father would have been so happy if he had seen that I came here and looked for his house in Manisa. We are four siblings; my mother is the second wife of my father. When they married, the age difference between them was 23. My mother's ancestors came to Jerusalem from Turkey. My mother was born in Jerusalem. I grew up listening to Orhan Gencebay's songs at home. I want to meet him and perform together. I first watched his movies then listened to his songs. When I was 14, I listened to songs of İbrahim Tatlıses, Zeki Müren and Bülent Ersoy."

Levy said she was by the whirling dervishes in Konya. "While they were whirling around, I could feel the modesty. They think they are the smallest and God is the biggest. They say that we are nothing. I met some Sufis today. I knew about them but never met an actual Sufi before. I am a person who believes in God. Before taking the stage, I do not say "God give me luck." Instead, I say "God help me transfer your beauty through myself." This voice is not mine. God gave it to me and if he wants, he can take it." 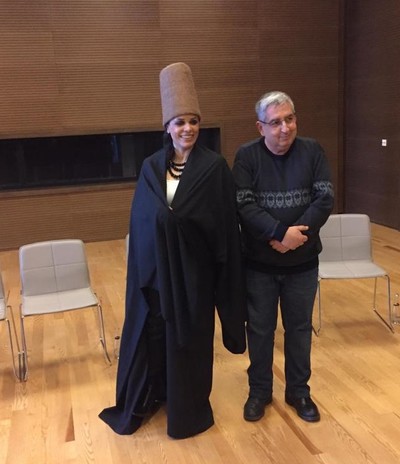 Highlighting that he heard about Sufism from musician Ömer Faruk Tekbilek for the first time, she said, "Tekbilek's wife Suzan is my close friend. I took performed in concerts in Paris with him. He mentioned about Sufism to me. While speaking, he started to cough. I was scared and asked him whether to call the ambulance. He told me, 'I love God very much. When I talk about him, I cannot stop myself and cry.' That day, I found a chance to meet Sufi music."

"When I was listening to Sufi music today here, I told my husband, 'I grew up listening to this music without knowing it was Sufi music.' I have read the poems of Mevlana before. I watched whirling dervishes carefully while performing Sema and said that I want to learn it. They invited me so that I can learn. When they whirl, they are so modest, and their souls are together with God. My daughter and husband promised me. I do not know when but I will come again this city to learn it."

Levy stressed that the concert in Konya was so good, and she was impressed by the city. "When I came to Turkey, people do not judge me. They accept me as who I am. I see myself here. People welcomed me with great love in the hall today."

Lavy said she is a faithful Jewish and performs worships, especially on Sabbath. She has been doing so for 21 years.

She said she can understand and read Arabic but cannot speak it fluently. "I want to learn Arabic so much. Look at me. I am like an Arab. When I go to the airport in Israel, they think I am an Arab," said Levy.