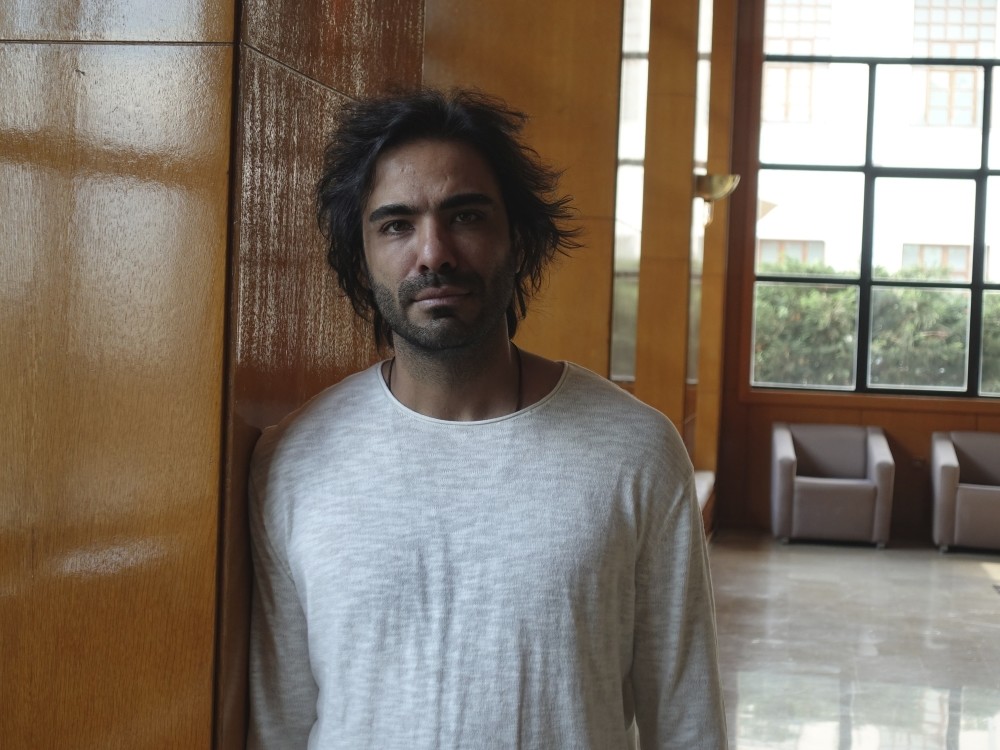 Iranian tar player Ali Ghamsari, who visited Turkey last week for a project titled "Tellerin Aşkı" ("Love of Strings"), spoke to Anadolu Agency (AA) and noted that Turkish music always inspires him. Ghamsari said that he became acquainted with the bağlama (a Turkish string folk instrument) virtuoso Coşkun Karadeniz, the owner of the project, last year in Iran and added: "Mr. Coşkun told me about the project, and we performed without preparation a few times. During the performance, the similarities between the two cultures became more explicit. I also got a quite extraordinary feeling during the concert rehearsals. It was as if we are all from the same country. We could understand each other without saying a single word. In addition, it was a privilege for me to take part in the same project as figures such as Derya Türkan. We also follow him in Iran. Being in a project with him really honors me."

Having performed in many countries, including France, Morocco, Spain, the U.S., Holland, Switzerland and Canada, the artist said: "To be honest, Turkish music teaches me Iranian music better as Iranian music can be thought of as a sub dimension of Turkish music. I think it is derived from the cultural transaction experienced in the past."

Ghamsari stressed that Turkish music is presented in two dimensions in Iran and added: "Iranians are offered modern and classical Turkish music with high production quality. Especially in northwestern Iran they tend to follow the most popular, modern music. The traditional ones on the other hand have more in common with Turkish classical music."

Ghamsari said that the classical music foundation of both countries was established by the same intellectual figures in Ottoman times and added: "There were no such borders between us in those times. Over time, borders got thicker and thicker, and cultures stayed away from each other. However, the roots of these two cultures date back to the same lands. Both of the two musical traditions have various maqams [modes]. They both have various melodies and modulations. They have the same rhythmic varieties, and Turkish music increased its appeal by saving this rhythmic variety in its body."

Ghamsari noted that he took the stage with Tunisian musicians as part of a music festival in Turkey almost 10 years ago and said: "Turkish audiences also showed great interest in our music then. We got quite positive feedback. Listeners were analyzing the music rather than listening to it, I guess. That was a great detail for me. Coming across a new generation with good musical foundations is interesting and fantastic I think. In the past, I worked with Yurdal Tokcal in the recording of one of his pieces. That was also a great experience for me."

The artist noted that he is touring with the band Hamnavazan e Hesar and that he wants to release an album soon. He also mentioned his book "İran Musikisinin Harmonisi" ("Harmony of Iranian/Persian Music"), which will be published soon.

Ghamsari pointed out that he conducts studies on body percussion and said: "I hope that the boundaries that were thickened day to day by politics will be removed by the beauty and art of Eastern culture, and the people of the two countries become closer."

Born in 1983, the artist was educated in the Tehran University Faculty of Fine Arts. He founded the band Sarmad at the age of 18. Afterwards, he established the Hamnavazan e Hesar Ensemble and the Iranian String Quartet. The Iranian artist made his name with his performance albums by Homayoun Shajarian.