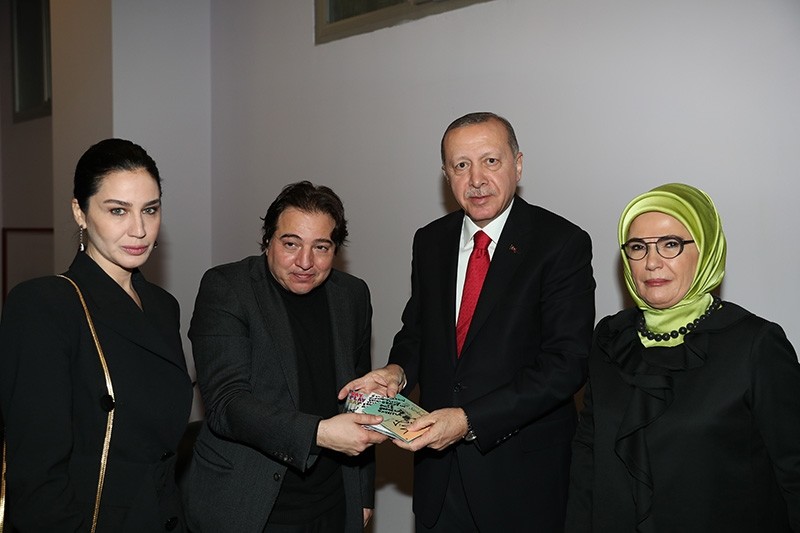 President Recep Tayyip Erdoğan attended a concert by Turkish pianist and composer Fazıl Say in the capital Ankara on Friday.

The concert titled "Troja Sonata" was held at Congresium Ankara.

To honor the president, Say changed the order of the concert to begin with "Kara Toprak," one of legendary Turkish musician Aşık Veysel's most famous songs.

"I think this is one of the most exceptional nights of my life," Say said at the concert. "I hope you are thinking the same." 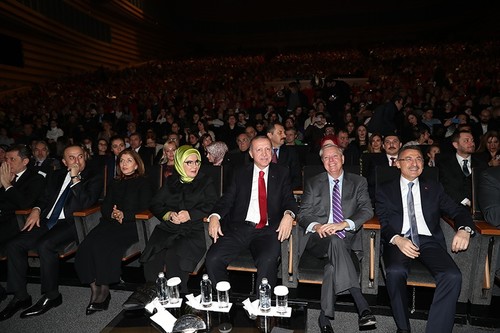 Republican U.S. Senator Lindsey Graham joined Erdoğan for the concert, shortly after a meeting in which they discussed regional issues and bilateral relations. 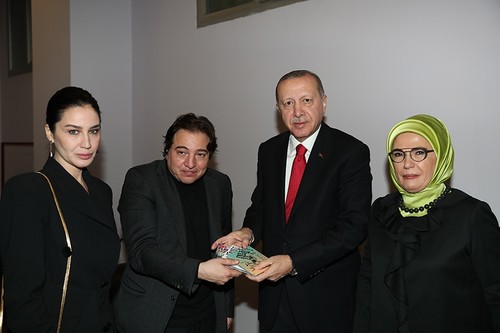 After the performance of "Troja Sonata," the audience gave Say a standing ovation.

Following the concert, Erdoğan spoke with Say, who is known for his dissident views, and presented him with a framed record of Veysel's.

Say also gifted some of his albums to the president.