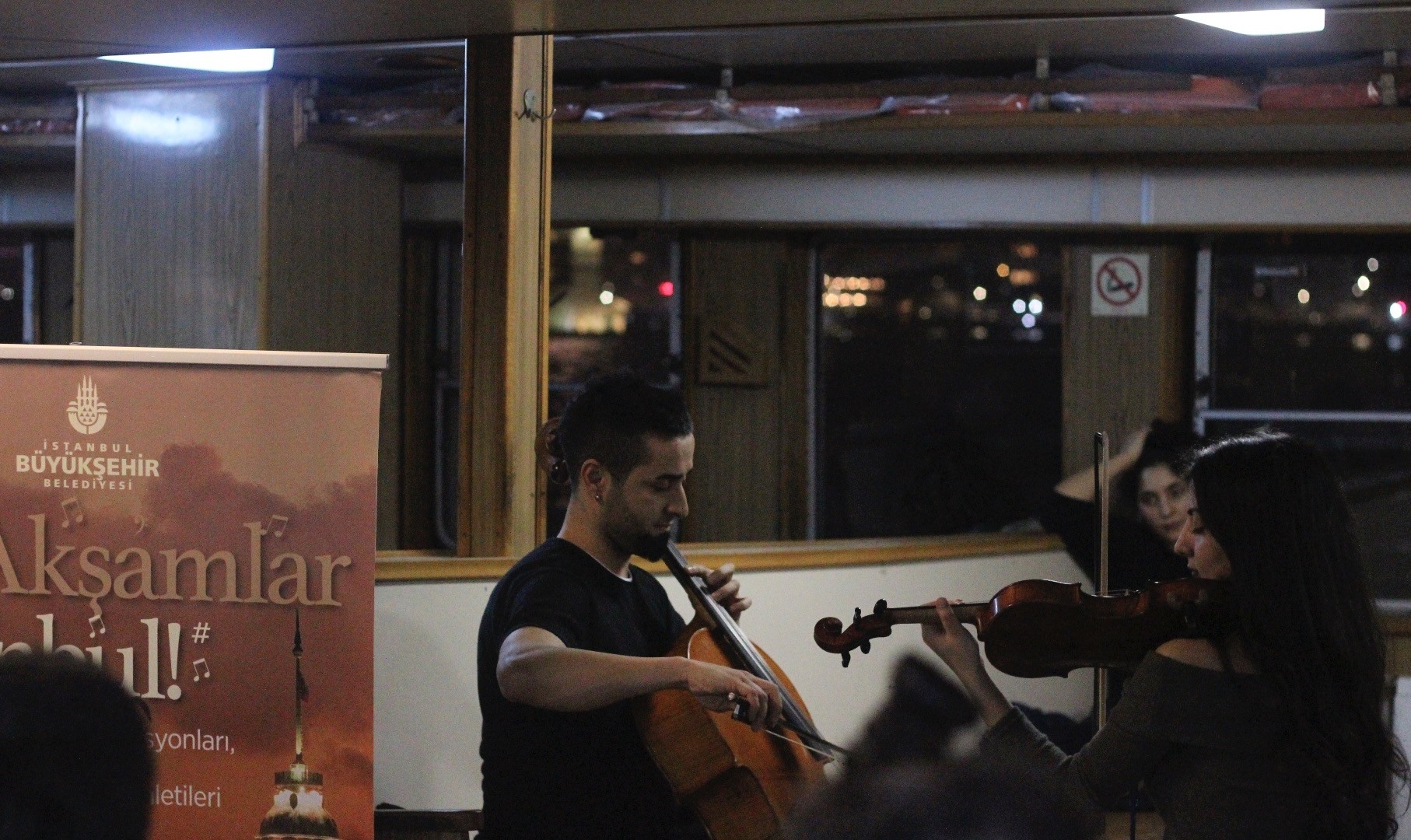 The Istanbul Metropolitan Municipality (İBB) is kicking off a project called, "Good Evening Istanbul!" to help Istanbulites relieve the stress of everyday hustle with music on the go.

According to a statement, professional musicians will now perform at metro stations and on certain routes of the city ferries every day, between 4 p.m. and 7 p.m. The project is being carried out by the İBB Department of Culture.

As part of the project, small concert halls are also being built at some stations. Here professional music groups would perform live every day at the same hours.

Other than metro stations and ferry lines, Istanbul Airport will also hold "Good Evening Istanbul!" concerts. Scheduled to begin this month, two mini concert spaces will be set up at designated spots in the domestic terminal, seeing off and welcoming passengers with music.

Set to continue until the end of April, the "Good Evening Istanbul!" concerts will be held in closed spaces during winter and will move to open squares in the spring. So, the music will reach a wider audience.