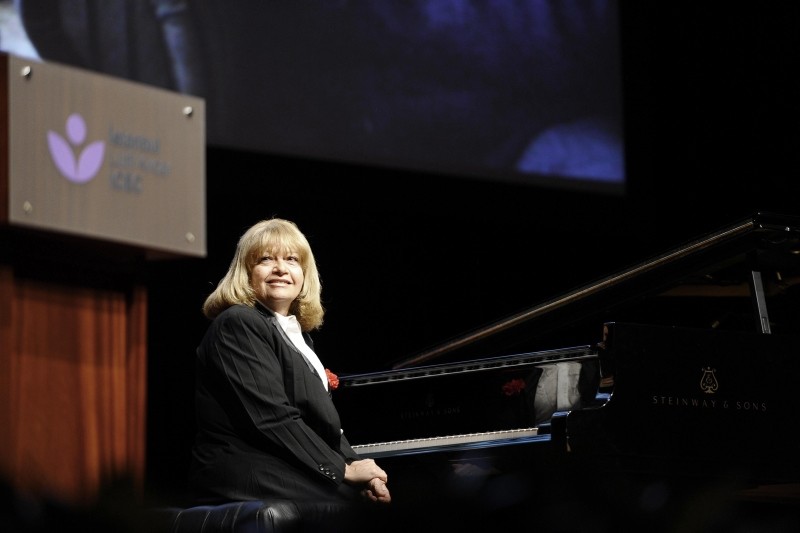 Biret will perform the Rachmaninoff piano concerto under the direction of Yuri Bashmet at the closing ceremony of the International Art Festival at the Winter Theater in Sochi.

Speaking about the upcoming concert, Biret told Anadolu Agency that she has given more than hundreds of concerts in Russia ever since she became the first Turkish pianist to perform in the Soviet Union when she went there in 1960 upon the invitation of famous Russian pianist Emil Gilels.

"I am happy to represent my country in Russia again," she said.

She also said that the concert holds significant importance as the year 2019 was declared as the Turkish-Russian Culture and Tourism year.

2019 was previously declared the year of Turkish culture in Russia, as well as the year of Russian culture in Turkey by the leaders of both countries.

Biret has performed all of Rachmaninoff's solo works and concertos in more than 10 CDs, recorded by the Naxos Company. She also performed the works of Rachmaninoff at his house-turned-museum in Tambov, Russia on July 15, 2017.

In 2011, Turkey held the first Sergei Rachmaninoff Piano Contest in the country to improve cultural relations between both countries and promote young artists. Biret was a member of the jury at the event. The four conservatory students who topped rankings in the contest later received education at Moscow's Tchaikovsky Conservatory.