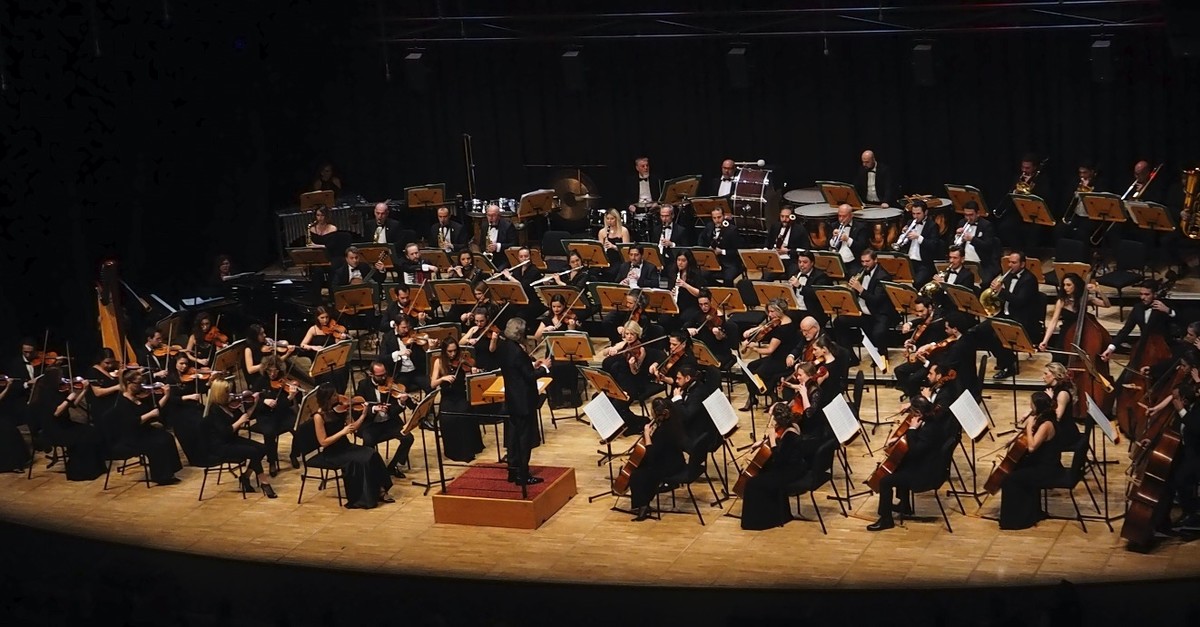 The Istanbul Metropolitan Municipality will offer the great Turkish poet Fuzuli's legendary "Su Kasidesi" ("Qasida of Water") as an oratorio with a large cast for the first time. The oratorio will meet listeners at Cemal Reşit Rey (CRR) Concert Hall on March 19 at 8 p.m.

The oratorio was composed by Pike Axundova at the request of CRR Concert Hall General Art Direction. The oratorio will be performed for the first time by CRR Symphony Orchestra under the baton of Conductor Rengim Gökmen, CRR Turkish Saz Music Society and the choir under the conductorship of Volkan Akkoç. It has been prepared with the usage of polyphonic music's opportunities as well as the tastes of makam music.

Musical scores have been prepared for classical western instruments, chorus, soprano, tenor, Turkish music instruments and artists. Titles from the related fasıl (a suite in Ottoman classical music) were used for every part of the qasida, which comprises of nine chapters: "Gönlümdeki Odlar" ("Fire in My Heart"), "Yüzün Gülzar" ("Your Face is a Rose Garden"), "Gam Günü" ("Day of Grief"), "Susuzum Sahrada"("Thirsty at Sahara"), "Ahmed-i Muhtar," "Ya Habibillah," "Şeb-i Miraç," "Dil-i Mecrûh" ("Hurt Heart") and "Aşk Bu" ("This is Love").

All couplets of the qasida, comprised of 32 couplets in total, were adapted to the oratorio, which is a world language. The first 29 couplets were prepared with instrumentation and orchestration technique after the taste of Istanbul and Anatolian soul tunes were added. The other three couplets were harmonized as a poem that will be performed with the all orchestra and choir. With these three couplets at the end of the oratorio, devotion and prayer are represented.

The oratorio was prepared to promote Turkish culture, poetry, music and belief in the international arena. At the same time, it is aimed that younger generations will be assisted in recognizing their values and sustaining them.

With the oratorio, which gains a universal quality with western and eastern instruments, world music culture will have had a permanent piece.

"Qasida of Water" by Fuzuli, one of the stars of verse and knowledge, is a well-known naat, a poem praising the Prophet Muhammad.

It is a prominent masterpiece of Turkish literature with its superior lyrical and artistic expression.