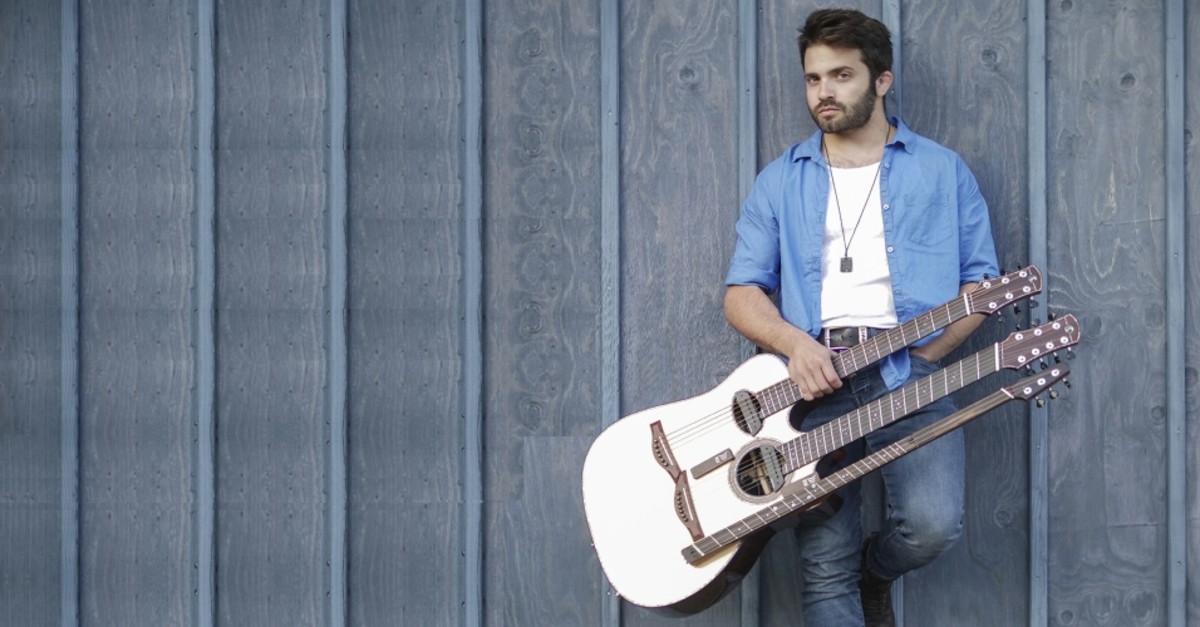 Deemed as one of the most extraordinary acoustic guitarists with his unique style and reformist technique, Italian Luca Stricagnoli is preparing to mesmerize Istanbul audiences on Friday at the Grand Pera Emek Stage. He surprises audiences by playing five guitars at the same time, with a modified capo and unique attitudes.

This will be his first performance in Turkey.The musician, whose online videos have been watched by more than 100 million followers, has been attracting great attention with his talent and musical energy.

Having been the focus of attention with his concerts around the world, Stricagnoli has been invited to more than 20 countries in the last three years. He brings a distinctive energy and enthusiasm to his stage performances as well as reaching viral success with more than 40 million hits for his latest invention, a specially designed triple neck guitar. His performances with this unique instrument have created a sensation in the media.