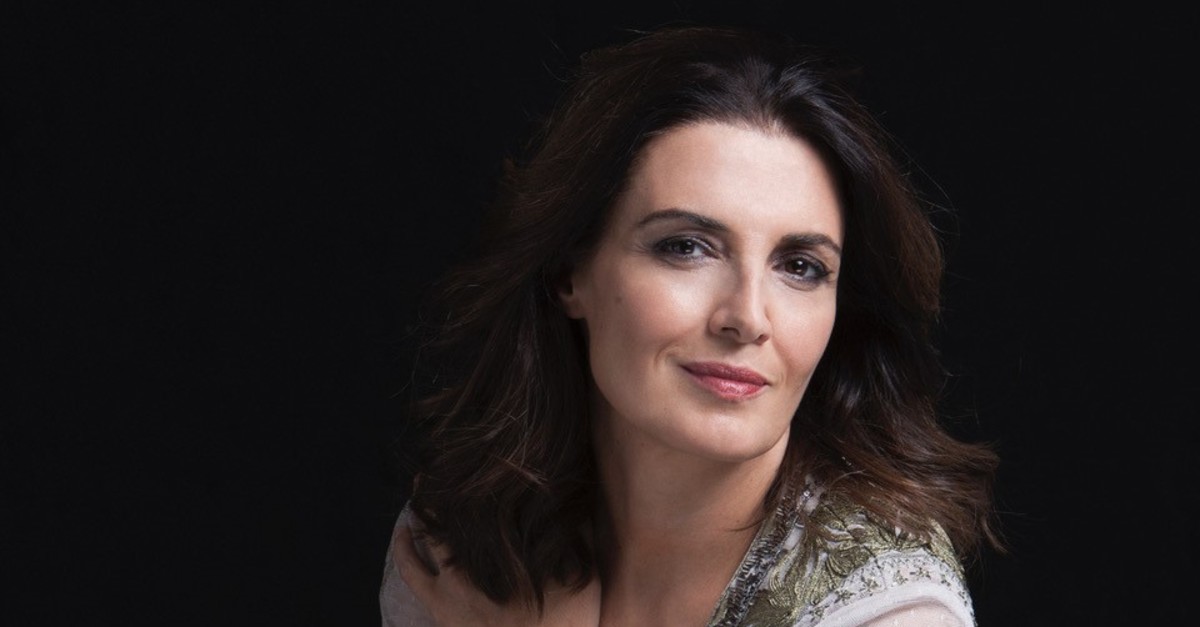 Establishing a special bond with Turkish listeners among hundreds of foreign singers coming to the country, Spanish Diva Monica Molina will meet music lovers in Antalya on June 19 as part of the second International Akra Jazz Festival.

Inspiring love with her six albums titled "Tu Despedida" ("Your Farewell"), "Vuelo" ("I Fly"), "De Cal y Arena" ("Of Lime and Sand"), "A Vida" ("To Life"), "Autorretrato" ("Self-Portrait") and "Mar Blanca" ("White Sea"), Molina will perform her most famous songs on the opening night of the festival.

She shot the album cover of her latest "Autorretrato" in Istanbul and said, "I love Turkey very much. Turks love me back. Being there and breathing is a privilege."

The famous singer will enable her listeners to experience an unforgettable summer night on the open-air stage of the festival, which will be located in the garden of Akra Hotels Antalya.

Before the concert, to be held on June 19 at 9 p.m., Akra Jazz Band, comprising of musicians who live in Antalya and have given priority to jazz music in their career, will take the stage accompanied by Barbaros, one of the most successful soloists in recent times with his strong voice, and Şallıel Kardeşler on the saxophone.

Having a large fan base in Turkey, Monica Molina brought her most-loved songs together in her "Autorretrato." Reaching large sales figures with her CDs and concert tickets which are always sold out weeks in advance in Turkey, Molina gained platinum sales status in Spain with her albums. As a Latin Grammy Award nominee and who has won many awards, she still included Turkey in her album cover.

Molina continues to transfer the heritage of her father Antonia Molina, the legendary singer of Copla songs, with songs about life. The Molinas are one of the most respected artist families in Spain. Monica's sister Angela Molina is an indispensable actress in European cinema. Her other sibling, Micky, is also an actor. Her brother Noel, who contributes to her albums, is a musician like her and also the composer and songwriter of Monica's songs.

Having appeared in nearly 20 productions to date, Monica Molina is an actress, just like her sister, along with being a singer. Among the plays in which she has taken a role, include a play by Oscar Wilde. Monica Molina, who is said to have taken her soul and charisma from her father, is a unique artist who warms the audience inside with her slightly melancholic but hopeful and always romantic voice.

In 2013, Monica Molina collected her father's legendary songs in an album called "Mar Blanca," and in 2016, she sang her songs in Bodrum for the first time in the world accompanied by a symphony orchestra. Besides her albums and new musical collaborations and concerts, Monica Molina enjoys being an artist mother by raising her daughter, Candela. She currently lives in Rome while working on her new album.