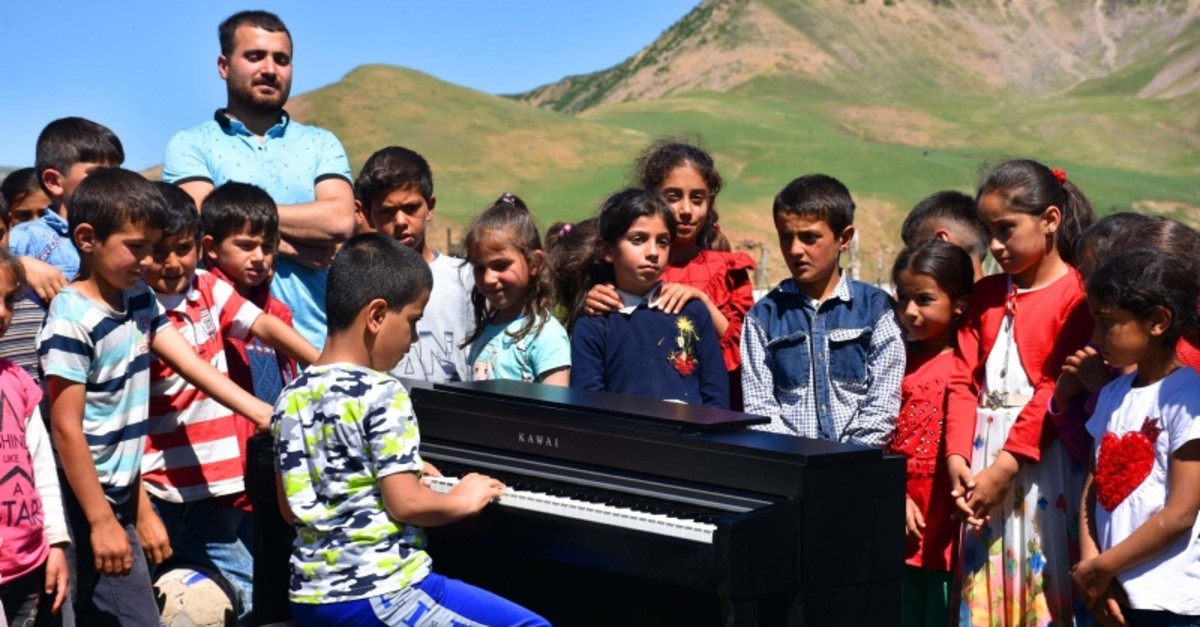 The dream of a visually-impaired 8-year-old boy in eastern Turkey's Muş province to give a piano concert to those who had never heard the instrument's music before has come true with the help of a group of teachers at a village school.


Second-grader Bager Çalışcı – who has the rare talent of absolute pitch, the ability to identify or re-create a musical note without a reference tone – began attending a music course after his father Mehmet Çalışcı realized his son's interest in music. The boy then met with Caner Keser, a music teacher who is also visually impaired, who taught him how to play the piano. 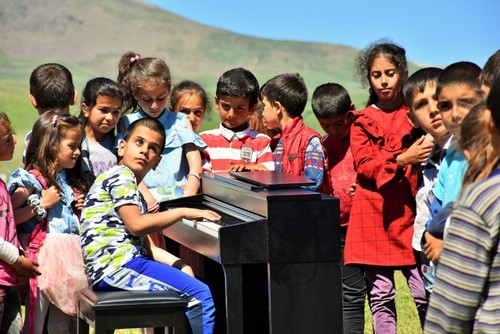 After learning to play, Çalışcı had the dream of giving a concert to an audience who have never heard a piano played before. His dream was set to come true when a group of teachers from Ağartı Village Primary School, located 55 kilometers away from the city center, heard of Çalışcı's wish.

Sinan Özcan, a teacher Ağartı Village Primary School, said that they organized the mini concert after hearing of Çalışcı's dream.

With the support of the Muş municipality, Çalışcı traveled to the village and gave a concert to the students at the local school, performing famous pieces including Beethoven's Symphony No. 9 and compositions by Yann Tiersen.

Bager's father Mehmet Çalışcı said that piano became his visually-impaired son's life and his eyes, adding that "music is everything to him."

"He can't run around and play like the other kids. He lives in his own musical world," said Çalışcı, adding that "To be a professional pianist, Bager needs music education."

Çalışcı's teacher Keser said his student has exceeded his ability to educate him and he needs to study in a more professional setting.

Speaking to reporters after the concert, Çalışcı said his next dream is to meet with world-renowned Turkish pianist and composer Fazıl Say.