Festival to jazz up spaces all over Istanbul 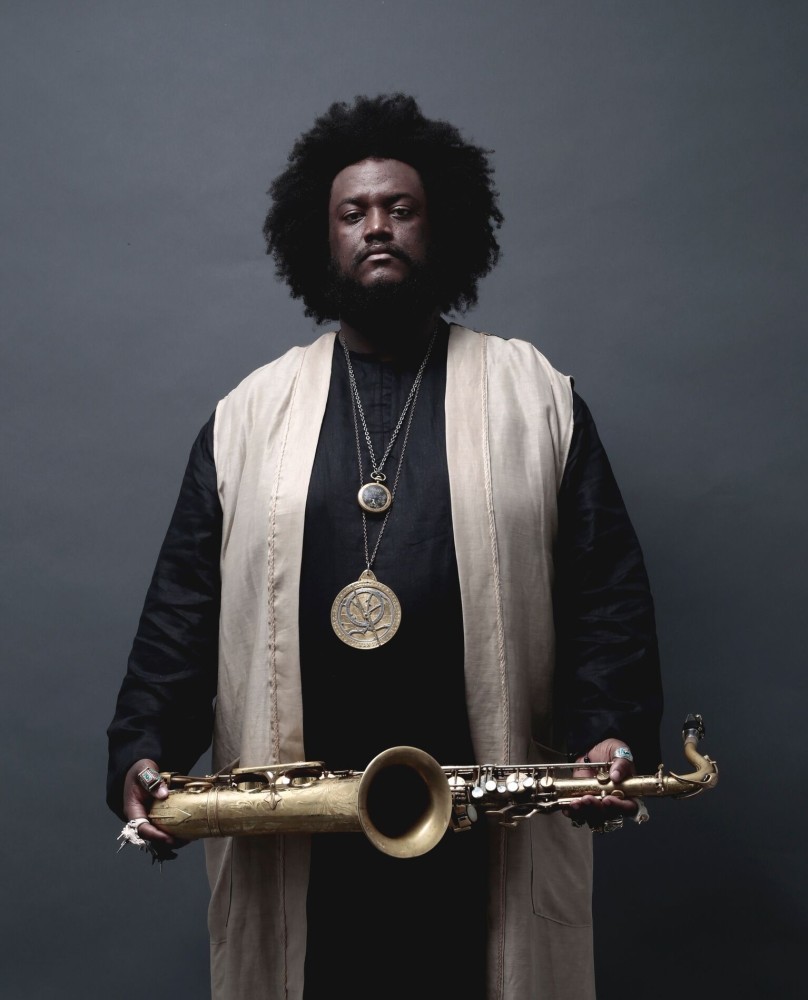 Istanbul Jazz Festival will host prominent figures of the genre and stars of contemporary music for the 26th time in various spots around the city, including open-air spaces, halls and venues near the Bosporus

The Istanbul Foundation for Culture and Arts (İKSV) will be organizing the 26th Istanbul Jazz Festival from this Saturday, June 29 to July 18. The festival, which is one of the indispensable joys of summer months in the city, will introduce more than 300 local and foreign artists to enthusiasts in over 50 concerts.

Guaranteed to be a fun experience, the event will kick off with a glorious award ceremony, where lifetime achievement awards will be presented to Ömür Göksel, one of the most important jazz vocalists in Turkey, and master jazz drummer Hasan Hürsever.

Grammy-winning band Snarky Puppy; Jose James, the vocal and composer that created his characteristic music around jazz, R&B and hip-hop elements; two-time Grammy winner Jacob Collier; Joss Stone, one of the free-spirited artists of international music known for her passionate vocals and interest in discovering different music genres; and Kamasi Washington, the saxophonist who blends R&B tunes with jazz while advancing his career with firm steps in composition, producing and leading, are among the noteworthy guests of the festival this year.

As part of the festival, Joss Stone will perform at Volkswagen Arena on July 11. Stone conducted vocal works with Aretha Franklin songs in her earlier career. Developing an authentic, strong and bright vocal technique for herself later on, made a name for herself and won Grammy and Brit awards for her first album. Along with the seven albums that she released, she has shared the stage with legendary figures, such as James Brown, Herbie Hancock, Stevie Wonder, Gladys Knight, Sting, Van Morrison and Melissa Etheridge. Stone sustains her identity by constantly melding her career, shaping it around soul music. One of the strongest voices in the U.K., the Grammy-winning singer and songwriter will meet her fans in Istanbul again with her passionate vocals and energetic stage performance.

Kamasi Washington will take the stage at Volkswagen Arena on July 10. Making a remarkable debut with "The Epic," his first album, in 2015, Washington supported this debut with many prestigious awards and strong collaboration. He has conducted joint works with many star musicians, including John Legend, Run the Jewels and Ibeyi, to date. The saxophonist, composer, producer and bandleader also attended Witney Biennial with a multimedia installation in 2017 where he once again emphasized multiculturalism, to which he draws attention to through his music. "As Told To G/D Thyself," which he produced with the Ummah Chroma director collective, premiered at Sundance Film Festival this year. Kamasi Washington will be hosted by Istanbul Jazz Festival for the second time this year and will present his performance combining hip-hop, R&B and jazz.

Contrabassist and composer Michael League's band Snarky Puppy, who has evolved and grown over the years, interprets sophisticated compositions with a groundbreaking improvisation. After an intense 10-year tour tempo, the band was awarded Grammy awards. Enriching their music with jazz, funk and rock, they perform with a group of 8-12 out of 30 musicians in every concert. All of their performances take their power from changes like their repertoires. This impressive band will perform for Istanbulites at Uniq's open-air stage on July 9. One of Austria's most exciting jazz societies, Shake Stew septet will also perform as the opening group before Snarky Puppy. They will present their hypnotic music full of Afrobeats and grooves.

On July 18, Jacob Collier will appear for fans on Uniq's open-air stage. Collier won two Grammys with his first album "In My Room," which he released by dealing with everything from compositions to production by himself in 2016. In addition to collaborations that he made with Herbie Hancock and Hans Zimmer, he has performed with stars like Pharrell Williams. Opening the doors of a fairy tale world with his songs blending many genres, Collier brings elements of a cappella, groove, folk, trip-hop, classical and Brazilian music, gospel and soul together with perfect improvisations. Blurring the lines between electronic music and jazz, producer, composer and drummer Makaya McCraven will be the first guest of the night on July 18. "In the Moment," released in 2015 by McCraven, is a revolution for jazz music and one of the milestones that has inspired a new generation of jazz music. 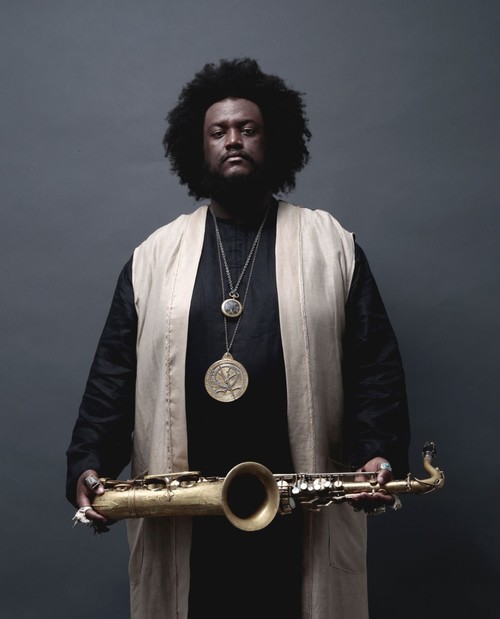 Kamasi Washington, the saxophonist who blends R&B tunes with jazz is among the noteworthy guests of the festival this year.

On July 6, Beykoz Kundura will celebrate Istanbul Jazz Festival with four significant figures and bands. The night will start with the performance of trumpet player Barış Demirel-Barıştık Mı, who drew great attention with his last album. Then, Demirel will hand the stage over to Turgut Alp Bekoğlu, one of the most important drummers in Turkey. After these two figures, RYMDEN, comprised of award-winning pianist Bugge Wesseltoft, who is also a member of New Conception of Jazz and e.s.t., the bands that have given inspiration to many musicians and bands in Scandinavia from the '90s to the beginning of the millennium, keyboard player Dan Berglund and bassist Magnus Öström will take the stage. Releasing their first album "Reflections and Odysseys" at the beginning of this year, RYMDEN carries their experimental world to the 26th Istanbul Jazz Festival. Producer and guitarist Tom Excell's band Nubiyan Twist of 10 musicians will close the day. The modern sound of the band, featuring reggae, soul, Afro-beat, Latin rhythms, jazz improvisations, traditional instruments and electronic elements, promises an experience that should not be missed.

Sakıp Sabancı Museum Fıstıklı Terrace's festival night on July 7 will begin with the performance of the Elchin Shirinov Trio accompanied by the perfect atmosphere of the Bosporus under the sponsorship of SOCAR Turkey. The performance by pianist, composer Elchin Shirinov, who created a modern take by blending Azeri folk music with jazz, Grammy awarded Panagiotis Andreou and discoverer of innovative melodies, drummer Engin Günaydın, are a great option for an unforgettable night of jazz. The second half of the night will continue with Cyrille Aimee, who is often compared to Ella Fitzgerald with her playful style and mentioned as the rising star in the jazz vocal galaxy.

Jazz pianist and composer Alfredo Rodriguez, who was discovered at the 2006 Montreux Jazz Festival by legendary producer Quincy Jones, and Afro-Cuban percussionist Pedrito Martinez, who developed his vocal style by blending it with the spirit of Havana streets, will be on the same stage in a special concert at the Marmara Esma Sultan Mansion on July 8. The duo performed together for the first time at the iconic jazz club Jazz Standard in New York. From that day on, they have been together and combined their music for "Duologue," their first album released in February 2019. The duo will perform at the Istanbul Jazz Festival for the first time. Their performance will be presented with the support of the Clifford Chance, Yegin Çiftçi Advocacy Partnership with vocals by Martinez and Rodriguez.

One of the most popular events of the Istanbul Jazz Festival, the Jazz Ferry will embark on an exciting Bosporus cruise on the morning of July 14 to present concerts on the sea. During the tour, music and the city's impressive atmosphere is blended with beautiful melodies. In tour from Kabataş Pier to Anadolu Kavağı, Talking Horns, Busquitos and Brassist as well as Barthezz, one of Joy FM DJs, and Murat Meriç will perform. After a lunch break at Anadolu Kavağı, the ferry will return to Kabataş again at 2:30 p.m. and will be at Kabataş Pier at 3:30 p.m.

This year's festival has added one new free event to its program. The project, which will bring together various societies on the shore of Golden Horn, "Ah Şu Cazlar Blues'lar" ("Oh! That Jazz and Blues") will be held at Halıcıoğlu Park on July 7. It is a night where traditional music from Turkey and the world will meet improvisations. In this free event, music societies from different geographies will highlight the universal and combining power of music with their performances.

Jazz in the Parks

Jazz in the Parks, which brings together green and jazz for the free events of the festival, continues to be one of the favorite summer events in Istanbul. Like last year, the concerts of Jazz in the Parks will be organized over two days. After the performances of young jazz bands, Balkan Paradise Orchestra, comprising of nine women musicians from Barcelona, will take the stage. Focusing on mostly instrumental music and giving place to vocals and electronic elements in their entertaining performances, the orchestra sustains their energy. This young band, which is the new generation of jazz, released their first album "K'ataka" in 2018 and has attended important festivals abroad. Jazz in the Parks will welcome participants at Beylikdüzü Yaşam Vadisi Park on June 29 and at Fenerbahçe Park and Fenerbahçe Khalkedon on June 30.

Night Out, which will be organized for the fifth time this year, will host strong and alternative figures of the independent stage like Gaye Su Akyol, Ah! Kosmos, Elz & The Cult, The Kites, Eda And and Cava Grande and Liraz from Israel. The event will be spread across the most-loved places in Kadıköy like All Saints Moda Church, Bant Mag Pool/Building, Kadıköy Stage, Kadıköy Cinema, KargART, Mecra and Moda Stage.