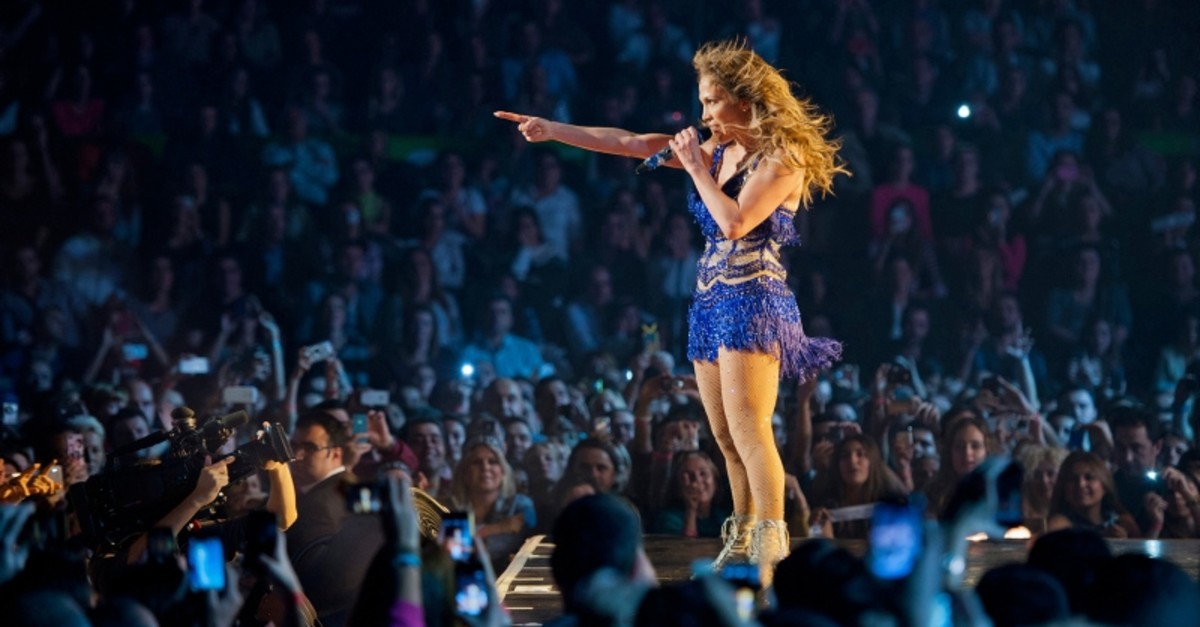 Pop star Jennifer Lopez arrived Monday in Turkey's Mediterranean resort city of Antalya ahead of her concert on Aug. 6.

The world-famous singer will perform at the Regnum Carya Hotel in the Belek area of Serik district on Tuesday as part of her 25-city "It's My Party" world tour.

Two planes carrying "J-Lo" and her crew, consisting of 90 people, arrived in Antalya in the early morning. The American singer went directly to the hotel where the concert will take place. Police units took heavy security measures near the door of the VIP terminal of the airport and allowed no one near the exit.

A three-story bulletproof villa with five bedrooms, a private pool and a heliport is prepared for Lopez, who plans to spend three nights in Antalya. The hotel was the main venue of G20 Summit held in the Belek area in November 2015. The "Crown Villa" where Lopez will stay hosted President Recep Tayyip Erdoğan at the time and became the center of the world's diplomacy for a few days, gaining a reputation especially throughout the Middle East.

"J-Lo" will sing her new single, Medicine, among many other hit songs including "On The Floor," "Ain't It Funny" and "Love Don't Cost a Thing."

Lopez previously arrived in Turkey in November 2012 for three back-to-back concerts in Istanbul.

The Puerto Rican star launched her concert tour on June 7 and performed in 32 concerts for the North American leg in the U.S. and Canada. As part of the international leg of the tour, Lopez performed in Israel's Tel Aviv on Aug. 1 and Russia's Moscow on Aug. 4. Following Antalya, she is scheduled to perform in Spain's Fuengirola on Aug. 8 and Egypt's El Alamein on Aug. 9 before returning to Russia for a final concert on Aug. 11 in Russia's St. Petersburg.