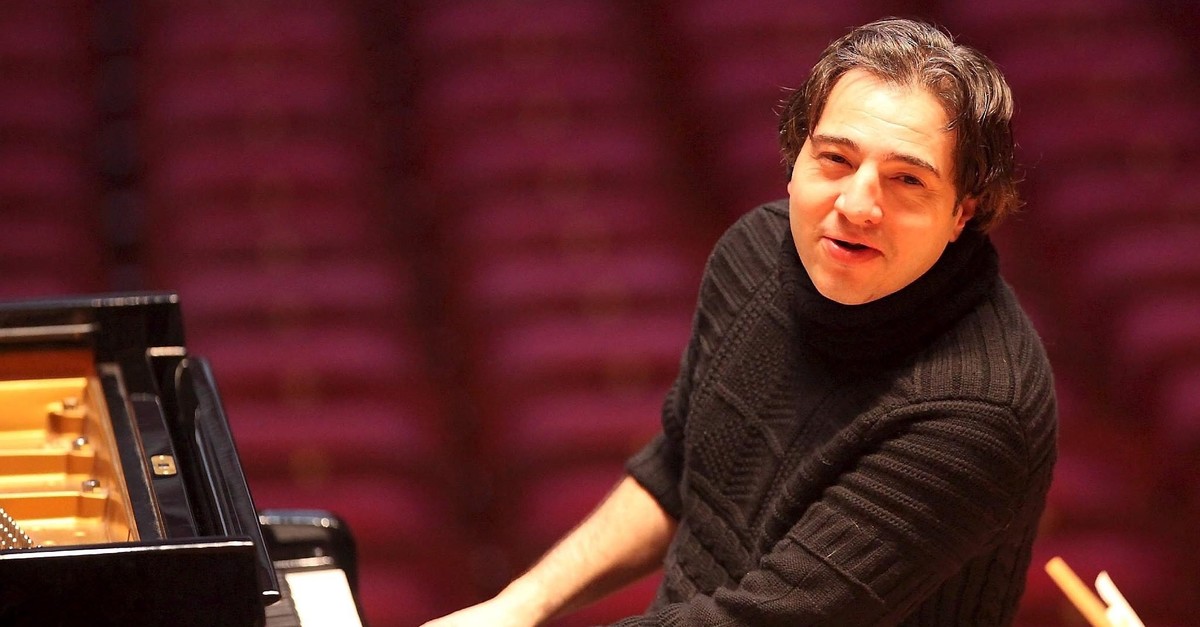 Fazu0131l Say will perform on the opening night accompanied by the Bilkent Symphony Orchestra (BSO).
by Daily Sabah Aug 08, 2019 12:33 am

The Bodrum Music Festival, which will be held between Aug. 22 and Aug. 25 this year, is preparing to host the stars of the music world in its 15th edition. Music fans will experience four pleasant and joyful days with famous names from Turkey and around the world throughout the festival

The Bodrum Music Festival stands out as an event that helped Bodrum become a stop on the art route. Along with stars, who give concerts at acclaimed music halls throughout the world, the festival introduces many of the names of our country while also supporting young talents who are at the beginning of their careers.

This year in its 15th edition, the festival will be held from Aug. 22 to Aug. 25 and the opening concert will be performed by Fazıl Say accompanied by the Bilkent Symphony Orchestra (BSO), which is lead by the remarkable up-and-coming conductor Nil Venditti.

The Bodrum Music Festival kicks off at D-Marin Turgutreis on Aug. 22 and the BSO will accompany Fazıl Say at Beethoven's 3rd Piano Concerto. Fazıl Say, who has become a worldwide star both in Turkey and abroad as a pianist and composer, is one of the outstanding artists of Warner Classics. The artist, who played a major role in the development of the Bodrum Music Festival, will also receive the Honor Award of the festival this year. The BSO, which has been participating in art life in Turkey with more than 50 events every year since its foundation as an original art project of Bilkent University, has been featured in concerts, television and radio recordings and over 40 CDs. BSO, which has been declared as the "UNICEF Turkey Goodwill Ambassador" in 2009 will be conducted by Nile Venditti. In 2015, Venditti began to expand her reputation by winning first place in the Premio Claudio Abbado Young Musicians Contest in 2015 and she was honored at the Bucharest Jeunesses Musicales with the George Enescu Philharmonic Orchestra in 2017. The young conductor will direct Camerata Salzburg at the concert she will perform with Fazıl Say next season.

A premiere: The Symphony of Hope

On Aug. 23, the BSO will be conducted by İbrahim Yacızı at D-Marin Turgutreis. In Italy in 2005, Yazıcı was honored with the Cavaliere dell'Ordine della Stella d'Italia and in 2012, he was selected as the Orchestra Conductor of the Year at the Donizetti Awards presented by Andante. The BSO will accompany Spanish cellist Pablo Ferrandez in one of the most important works of his repertoire, Dvorak's Cello Concerto. Ferrandez, who was named Young Artist of the Year at ICMA 2016, is an artist who fascinates his audience with his emotional intensity and stage charisma. Hailed by the critics as "one of the best cello artists" in the world, Ferrandez is also the winner of 15th International Tchaikovsky Competition, and the winner of the 5th Paulo International Cello Competition. Fazıl Say's Symphony No. 4, "Hope," will be performed in Turkey for the first time at this concert. The "Hope" Symphony, a manifestation of a dream of a beautiful world, will shed light on the Bodrum Music Festival with its tunes reflecting a hope for a bright future. 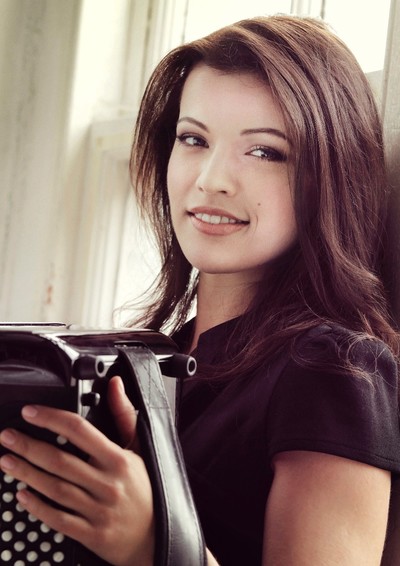 Latvian Ksenija Sidorova, who is known as the princess of the accordion with her virtuosity and depth of talent with her instrument, is well-known in the classical music world with her brand new interpretation. The artist meets with Olten Philharmonic and the Finnish ensemble Svang Armonika Quartet on Aug. 24 at D-Martin Turgutreis for a night of amazing tango including Piazzola's "Libertango" and "Oblivion."

A symphonic evening with Karsu

The festival's last concert will take place on Aug. 25 with Karsu, one of the indispensable names of jazz festivals, coming together with İzmir's successful orchestra, the Olten Philharmonic. The artists have performed in many prestigious venues and events in the world such as Carnegie Hall and the North Sea Jazz Festival. Now, she is being hosted for the first time by Bodrum Music Festival and preparing to give a dreamlike concert with her new arrangements of classical compositions.

A full-on festival with morning, sunset and night concerts

The Bodrum Music Festival will host young talent at its Morning Concerts event. Young musicians will be at the Morning Concerts held at Şevket Sabancı Park at 7 a.m. every morning from Aug. 23-25, and will enjoy professional concert experiences with the esteemed audience.

The Bodrum Music Festival brings together Elvin Hoxha Ganiyev, Vassilis Varvaresos, Sara Ferrandez, Quartet Parantez and Faruk Kalaycı with music lovers in its 15th edition. Everyday from Aug. 23-25, artists will be awaiting music lovers at 7 p.m. at D-Marin Turgutreis Amphitheater and will salute the setting Bodrum sun with programs formed of warm and productive cooperation. One of the aims of the festival is to bring together local musicians and foreign artists at the Sunset Concerts, which are starting to make a big name for themselves. Violinist Elvin Hoxha Ganiyev and pianist Vassilis Varvaresos will perform the first concert that the audience will witness of this collaborations for the first time. Ganiyev is an artist who has crowned his music career with many awards, while Varvaresos is a pianist admired by critics and audiences worldwide with his virtuosity. Music lovers who have listened to Pablo Ferrandez a night before at the Night Concerts, will witness the harmony with his sister, violist Sara Ferrandez on the same stage. Umut Sağlam, Kerem Tunçer, Orkun Pala and Quartet Braces founded by Baroque Bostancı and promising pianist Faruk Kalaycı, who continues his education at Moscow Tchaikovsky Conservatory, will meet with the audiences for the first time at the Sunset Concerts. The last concert of the series will take place at 8:30 pm at Zai Bodrum. Accordionist Sidorova will bring the extraordinary atmosphere of Russian literature to Bodrum.

Colorful nights at the festival

With the interest and inspiration shown for Night Concerts, organized for the first time last year, the Night Concerts are more colorful in the 15th year of the festival. The first performance of the series will welcome pianist, composer, techno and jazz musician Francesco Tristano at the Marmara Bodrum on Aug. 23 at 11 p.m. The artist has become an important reference today with his focus on the creative intersection between classical and electronic music and how he reflects this intersection in his universe to the audiences. Performing together with some of the most prestigious ensembles of the world and with the full support of critics with his album, Tristano has brought a breath of fresh air to the festival with his versatile character. On the second of the night concerts on Aug. 24 Mert Fırat will read the stories of Sabahattin Ali, music explorer Korhan Futacı will add a different color to the night with his saxophone. The last of the Night Concerts will be held on Aug. 25 with the shining star of the saxophone Jess Gillam, who mesmerized everyone at the closing concert of BBC Proms and Turkish successful pianist Zeynep Özsuca. Gilliam is known for her performances at important stages of the world and also with her BBC radio program "The Classical Life." Zeynep Özsuca, who works with world-renowned conductors such as Gustavo Dudamel, Simon Halsey and Sir Simon Rattle and extraordinary artists such as Magdalena Kozena and Rolando Villazon, will accompany Gillam at the closing concert of the festival.