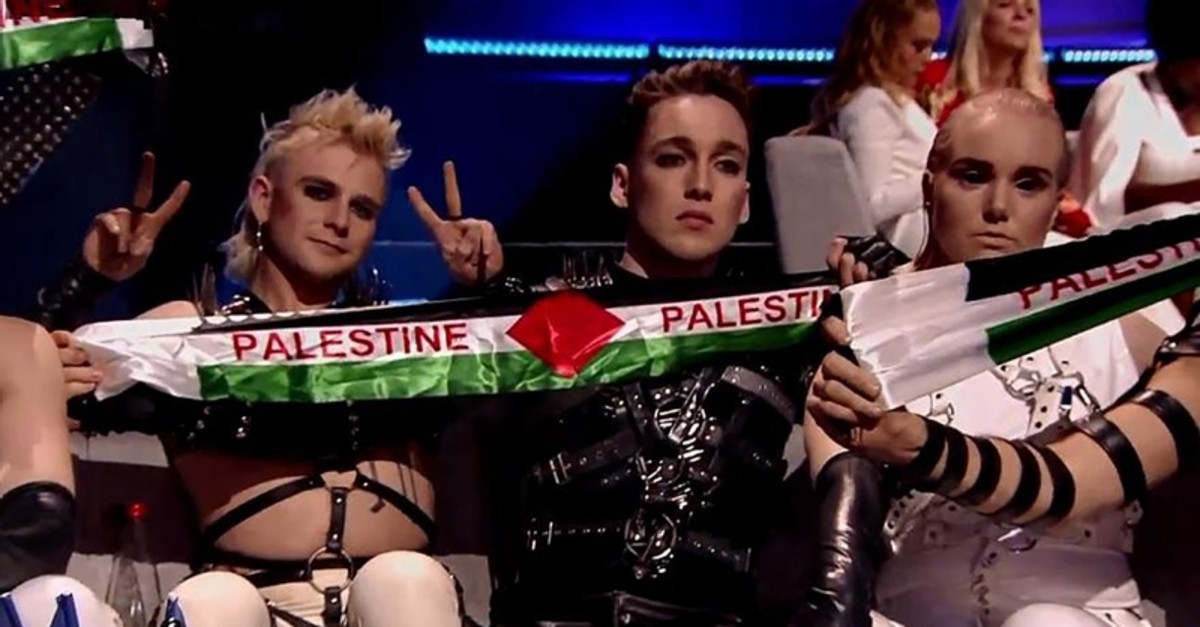 Organizers of the Eurovision Song Contest said Saturday they had fined Iceland after the band it entered displayed scarves with Palestinian flags during the contest's final in Israel.

Iceland's group Hatari brandished scarves with Palestinian flags when the final results were being announced at the end of the event, which was held last May in Tel Aviv.

Contest organizers the European Broadcasting Union said Saturday in a statement sent to AFP that the gesture infringed their rules banning political gestures.

They declined to say how much they had fined Iceland's public broadcaster, but said it was "in line with the rules of the competition". The fine had also been upheld following an appeal it said.

Hatari is known for their opposition to the Israeli occupation of the Palestinian territories.

Rule 2.6 of the competition stipulates that participants should do nothing to use it for political ends.

During the same event guest performer, Madonna also provoked controversy when her dancers carried Israeli and Palestinian flags on their costumes.

"It was a mistake," said Israel's Culture Minister Miri Regev. "You cannot mix politics at a cultural event, with all due respect to Madonna."

Israel hosted this year's event because of the victory of their singer Netta Barzilai the previous year.

Next year's Eurovision Song Contest will be held in the Netherlands.