Anatolian sounds to resonate in London 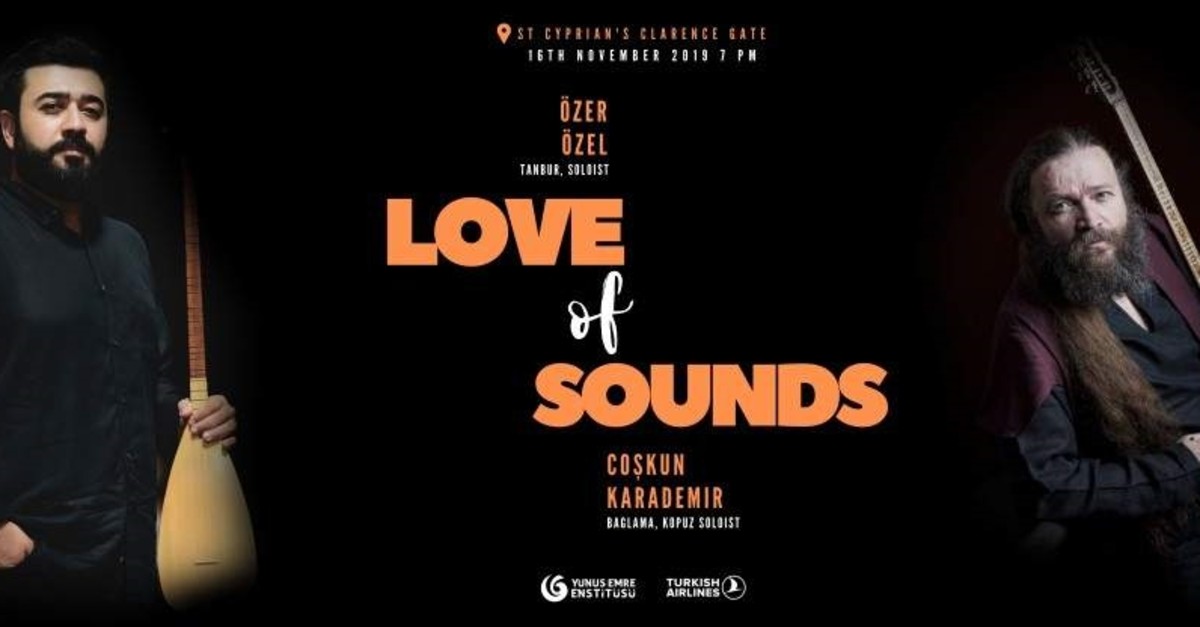 Once again, Yunus Emre Institute in London brings forth a delightful melodic concert for the audience to enjoy. The concert will take place on Nov. 16 at St. Cyprain’s Clarence Gate and will bring together Tanbur master Özer Özel and Bağlama master Coşkun Karademir.

Long-standing music director, producer and Bağlama master Karademir’s album “Endless Path,” which was produced together with Mahsa Vahdat, was quickly acclaimed by the press and musical authorities as a “masterpiece of mystical music.” Wanting to present local music to guests, the artist released “Birds Call” with The Secret Ensemble group and soon began to see growing interest from around the world.

Özel has been a part of many concerts both in Turkey and abroad and has contributed to numerous albums and soundtracks throughout his career with his expertise on the tanbur, string tanbur, yaylı tanbur and bağlama.

He is currently continuing his academic study of music as a faculty member at the Department of Music and Performing Arts at Yıldız Technical University.

Through their strong connection, established with the land on which they live and the great dominance they have over their instruments, the two master artists come together for the “Love of Sounds” concert. Representing Turkish music in the most beautiful style, Özel and Karademir show perfectly the feelings that one can experience and stories which could be told using the tanbur and bağlama.

Organized by Yunus Emre Institute in London and supported by Turkish Airlines, the concert will mark Özel and Karademir’s first concert in London. With the visions built according to their own style, the artists bring the sounds of Anatolia to art lovers. Two reeds combine and become one. They show what can be born when hands and hearts combine from Istanbul to Anatolia and from there to the world.