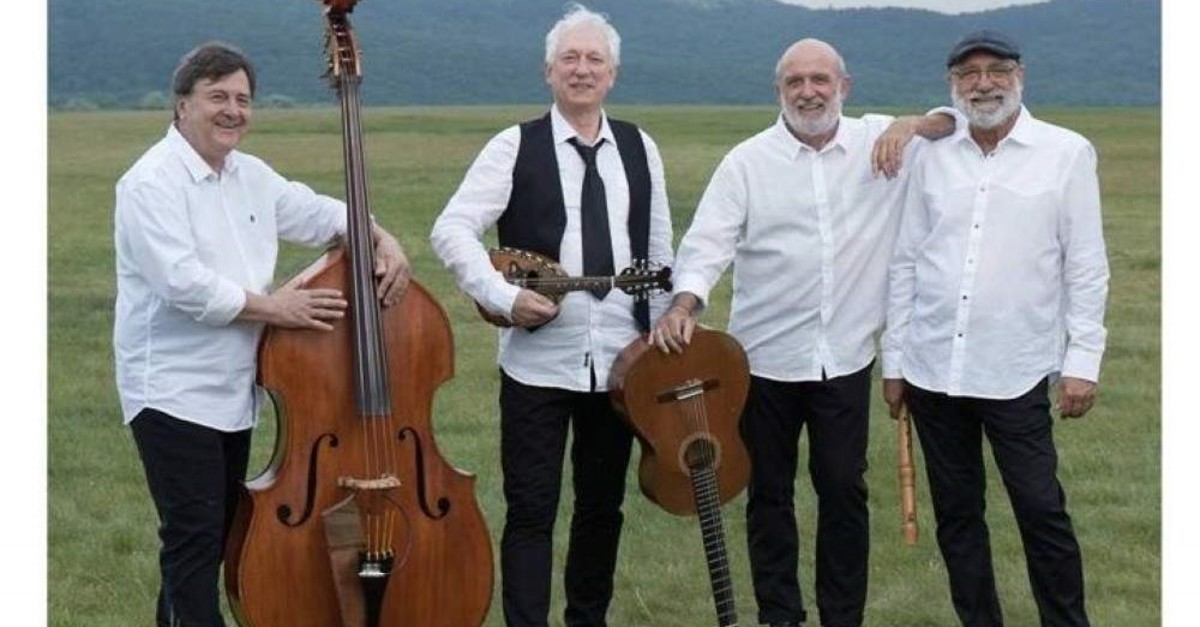 The world famous Kalaka Ensemble has been giving concerts around the globe – from Argentina to Australia, from the U.S. to Japan, and all over Europe – for over five decades. This week, they took the stage in Turkey at Istanbul’s Yapı Kredi Cultural Center on Nov. 11 at 7 p.m.
The name “Kalaka” refers to a Transylvanian folk custom of working together, specifically originating from building a house together. The ensemble was formed in Budapest in 1969, exactly 50 years ago. In celebration of half a century of music, they brought a special 50th anniversary repertoire to Turkey, including poetry from Attila Jozsef, Sandor Petofi, Endre Ady, Janos Arany and many others from Hungary and other nations.
Among the members of the ensemble are double bassist and guitarist Gabor Becze, flute, zither, panpipe and clarinet player Daniel Gryllus, cellist, guitarist, charango, Moldavian lute, Jew’s harp player Vilmos Gryllus and mandolin, 12-string guitar, ukulele, cuatro, viola, kalimba player Balazs Radvanyi.

The ensemble sang poetry set to music and played their own arrangements of folk songs. The four singing voices and the classical and folk instruments blended to produce their unique sound.
The Kalaka’s tunes are old and new, and their poetry is from Hungarian poets as well as poets of other nationalities. There are approximately 1,200 songs on their 25 recordings. A few of the poets whose works they sing include Janos Arany, Endre Ady, Sandor Weöres, Dezso Kosztolanyi, Sandor Kanyadi, Lorinc Szabo, Jozsef Attila, R.Burns, F. Villon, Sz. Jeszenyin.
The Transylvanian poet Sandor Kanyadi – who received Hungary's highest national recognition for contribution of the arts, the Kossuth Prize – wrote: "The Kalaka Ensemble is elegant. They offer poetry to their audiences on a musical platter, which would never be confused with anyone else’s music. Their compositions aren’t forced, rather the original melody of a verse is played, born of the quietness of the heart exiled in books from the time of Gutenbergon."

Kalaka also offers concerts for children – where children are not only part of the audience, but participate in the concert. The musicians teach using the world famous Hungarian Kodaly method – a collaborative, interactive and physically active method developed by Zoltan Kodaly in the early 20th century – and the concerts serve as a great sample of how the method works.