'The History of Russian Chamber Music' starts with Weber Duo 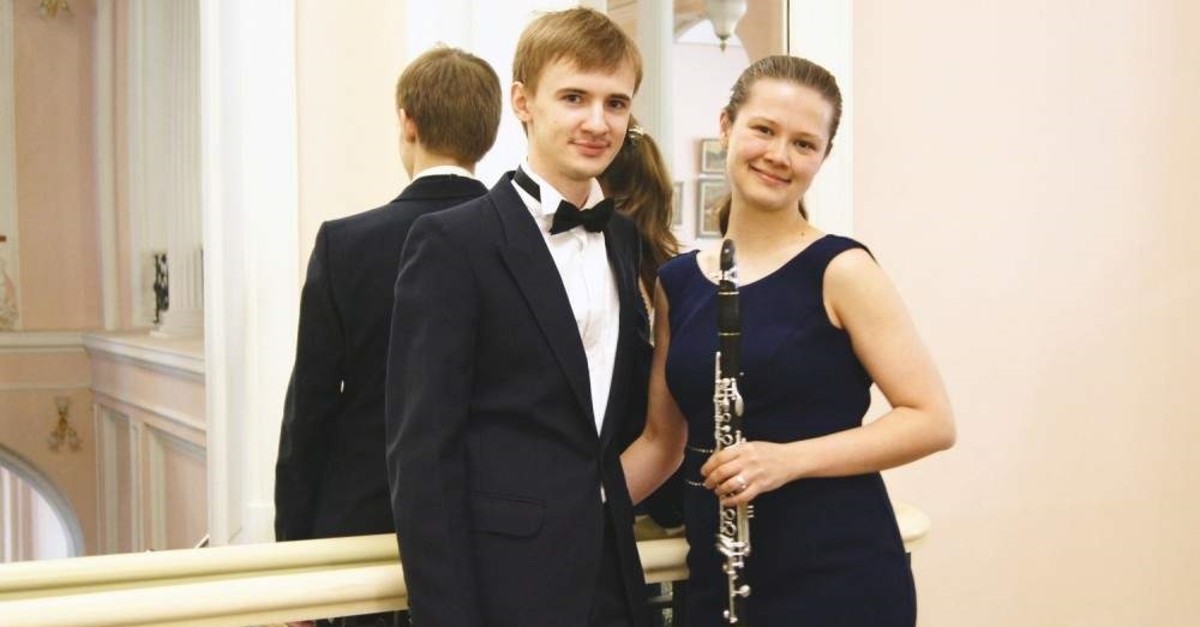 The Weber Duo consists of Ruzalia Kasimova (left) on the clarinet and Igor Androsov on the piano.
by Daily Sabah Nov 19, 2019 3:29 pm
For the last 23 years, Boğaziçi University has brought together young and old music lovers for classical music concerts held regularly on Wednesday evenings at Albert Long Hall. The series of concerts, supported by the Turkish Ministry of Culture and Tourism, Yapı Kredi Culture Arts and Turkish Airlines (THY), will have the Weber Duo as the first guests of the series “The History of Russian Chamber Music” at 7.30 p.m. today.
Boğaziçi University’s Albert Long Hall Classical Music Concerts, invites music lovers to delve into the theme "Music Brings Us Closer," which brings “The History of Russian Chamber Music,” consisting of three concerts, to the audience for the first time as part of the 2019-2020 season's concerts in November. The concert series, with a variety of genres and styles, features famous works of the chamber music repertory or works that have been unearthed many years later and never been heard on the concert stage.
“The History of Russian Chamber Music” is the result of an enormous archive and work of execution practices. The resulting catalog includes more than 400 composers who lived between the 18th and 20th centuries, and about 1,500 works, some of which can be described as masterpieces of the Russian music repertory. This layer of Russian culture is so big that it will take many years of collaborative work for scientists and musicians to understand it.
The Weber Duo, consisting of Ruzalia Kasimova on the clarinet and Igor Androsov on the piano, will focus on the duets of Russian composers written for the clarinet and piano. Rare arrangements such as the clarinet and piano arrangement of Sergei Sergeyevich Prokofiev's sonata, which was originally composed for the flute and piano, and the clarinet and piano arrangement of Nikolai Karlovich Medtner's Nocturne no. 3 will also delight the ears of the audience. The concert will feature sonatas composed in the second half of the 1930s by Alexander Tikhonovich Gretchaninov and Alexander Nikolayevich Tcherepnin, who fled to Paris during the revolution, marking the first time their compositions will be performed in Turkey. The concert puts the clarinet-devoted page of the history of Russian chamber music into a wide period of time and transfers it to the listener. The concerts as part of the “History of Russian Chamber Music” series will continue at Albert Long Hall on March 11 and on April 29.
Last Update: Dec 20, 2019 1:47 am
RELATED TOPICS