Notes of 'Magic Flute' to echo in Ankara and Tarsus 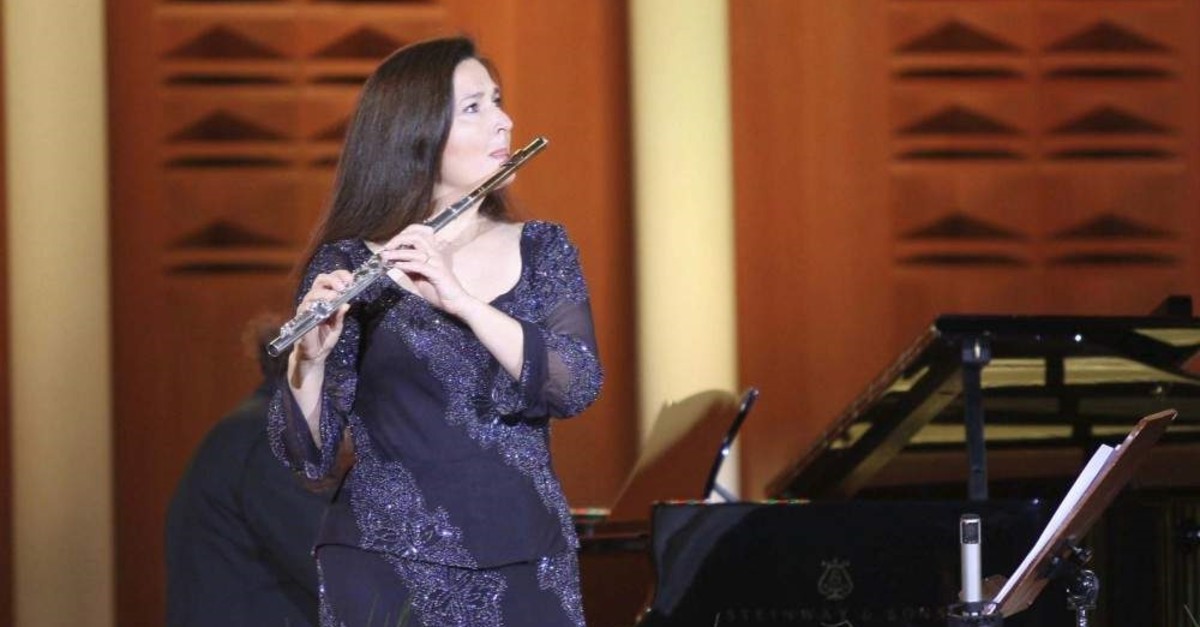 The 10th International Şefika Kutluer Festival is scheduled for Dec. 2 to Dec. 25 this year in Ankara province and the Tarsus district of Mersin province. Artists from the U.K., Czechia, Russia and Turkic republics will meet with music lovers at the international festival held on behalf of flutist Şefika Kutluer, known as the “Magic Flute.”
Mexican composer Jose Elizondo's composition for Şefika Kutluer will premiere at the festival, which will feature concerts as well as presentations that call attention to the cultural values of Turkey. The events of the festival will be held at the Farabi Hall of the Faculty of Language, History, and Geography of Ankara University in Ankara and at the St. Paul Memorial Museum Concert Hall in Mersin.
Flutist Şefika Kutluer, a winner of Turkish Presidency Culture and Arts Grand Awards, as well as the orders of merit of Italy, Austria, Kazakhstan, and Slovakia, told Anadolu Agency (AA) that she was born in Ankara from where she opened up to the world and got recognized. Pointing out that Ankara is the cultural capital of Atatürk, Kutluer said: “The culture has spread from Ankara to Anatolia and to Turkey. When our debt to Atatürk and my debt to my country were combined, an idea of organizing an international festival emerged. I am doing this festival to pay my debts to Ankara and contribute to it.”
Providing information about the festival program, Kutluer stated that they will open the program with a concert by Prague Virtuosos Orchestra, who accompanied her in the album “Mevlana,” on Tuesday, Dec. 3. She also noted that she will play Mozart’s Concerto in R major flute.
Stating that they will give a flute-harp recital with harpist Zeynep Öykü on Dec. 11, Kutluer noted: “With a different repertoire, we will be in front of the audience with romantic, baroque and classical works. Zeynep Öykü is a very sophisticated artist, and I am very excited to play with her.”
The European Union Chamber Orchestra will give two concerts in Ankara on Dec. 20 and in Tarsus on Dec. 21. Kutluer said that they will perform the closing concert of the festival with the Ankara Ensemble, which is composed of Russian musicians or musicians trained in Russia on Dec. 25. Kutluer noted that this will also be a new year concert where they will bring together the most famous works of classical music with Ankara’s music lovers.
Kutluer recalled that they have brought together artists from a number of countries, including China, Greece, Korea, Germany, Austria, the U.S., Portugal, Luxembourg, Israel, Slovenia, Kosovo, Switzerland, Poland, Lithuania, the U.K., and France, with Ankara’s music lovers since the inception of the festival.
She also detailed an unforgettable memory, “At a festival, my husband and I thanked the audience for their participation in the closing concert. One member of the audience came to the stage and said, 'You are making efforts with your husband for the people of Ankara, you dedicate yourself and hold this festival. As a representative of the audience, I also want to give you an award and thank you.' They prepared a plaque on behalf of the audience, presented it to us. We were moved to tears.”
Last Update: Dec 20, 2019 2:05 am
RELATED TOPICS