Acclaimed pianist Clara Schumann to be commemorated with concert in Istanbul 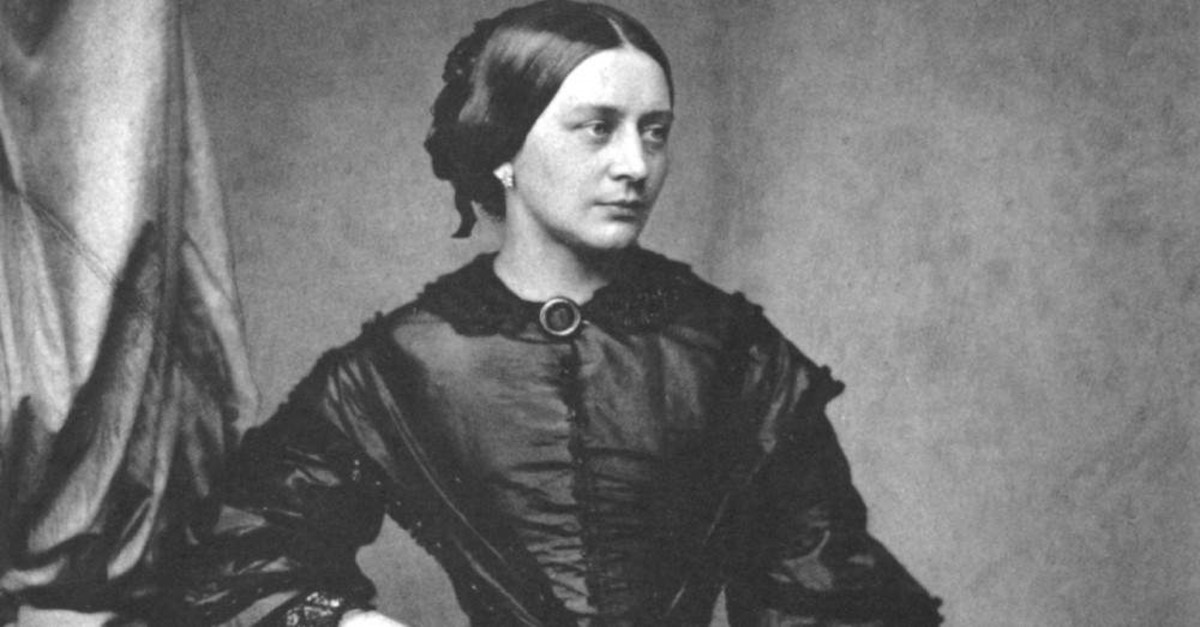 Clara Schumann is regarded as one of the most distinguished pianists of the Romantic era.
by Daily Sabah Dec 11, 2019 4:23 pm

A concert next week in Istanbul will mark the 200th birthday anniversary of Clara Schumann, the distinguished pianist and composer of the 19th century who said, "The practice of art is, after all, a great part of my inner self. To me, it is the very air I breathe.” The artist's legacy will be celebrated with a special concert and video installation event at Cemal Reşit Rey (CRR) Concert Hall. The installation, titled “Clara in the Rear View Mirror,” will be held at the CRR foyer area at 8 p.m., Dec. 19.
The concert and the installation include multiple layers. The installation includes three female composers from three different generations and different geographical backgrounds from within musical life, who have produced their compositions with a modern perspective. As part of the installation, Violeta Dinescu, Annette Schlünz and Beste Özçelebi will build a bridge to Schumann and her music. They will be accompanied by soprano Lisa Fornhammar, pianist Mediha Khan and violist Cenk Erbiner. In addition to the effort to access Schumann's world, the installation will also make the audience reflect on being a woman, being a musician and composing today.
The purpose of the event taking place in the foyer is to take classical music listeners out of the usual routines. In this way, the audience will settle into the center of the music and have an intimate experience, intertwined with interviews, texts, instruments and artists through screens placed at different angles.
The video installation called “Sisters of Nebahat,” produced in 2011 by Emanuel Mathias with inspiration from the driver Nebahat, a Turkish film character, is a source of inspiration for the project “Clara in the Rear View Mirror.” Just like Nebahat, who is the powerful and independent woman driver of her era, Clara's message is brought to art lovers by her sisters today.
Tickets are available at the CRR Concert Hall box office and Biletix for TL 30 and TL 20.
Clara Josephine Wieck was born in Leipzig on Sept. 13, 1819. Her father Friedrich Wieck, a music teacher and piano firm owner, discovered his daughter's talent at an early age and raised her as a musician from the age of 5. She started playing in concerts when she was 9 years old. At the age of 11, she gave her first solo concert and composed her first song. From 1831 to 1836, she traveled to Europe with her father, performing a number of successful concerts. Wieck, who had a reputation as a “wonderful child," won the admiration of leading musicians and literati of the time such as Niccolo Paganini, Frederic Chopin and Johann Wolfgang Von Goethe.
She married pianist Robert Schumann in 1840, and remained his wife until he died 16 years later. In 1878, Schumann became the principal piano teacher of the Frankfurt Conservatory, educating many students and forming a school in pianism. One of her closest friends during these years was composer Johannes Brahms. She also inspired Brahms in his compositions and Brahms dedicated many of his compositions to Schumann. Schumann performed her last concert in 1891 and quit the conservatory to continue teaching at her home. She passed away in Frankfurt on March 26, 1896.
Last Update: Dec 20, 2019 2:19 am
RELATED TOPICS