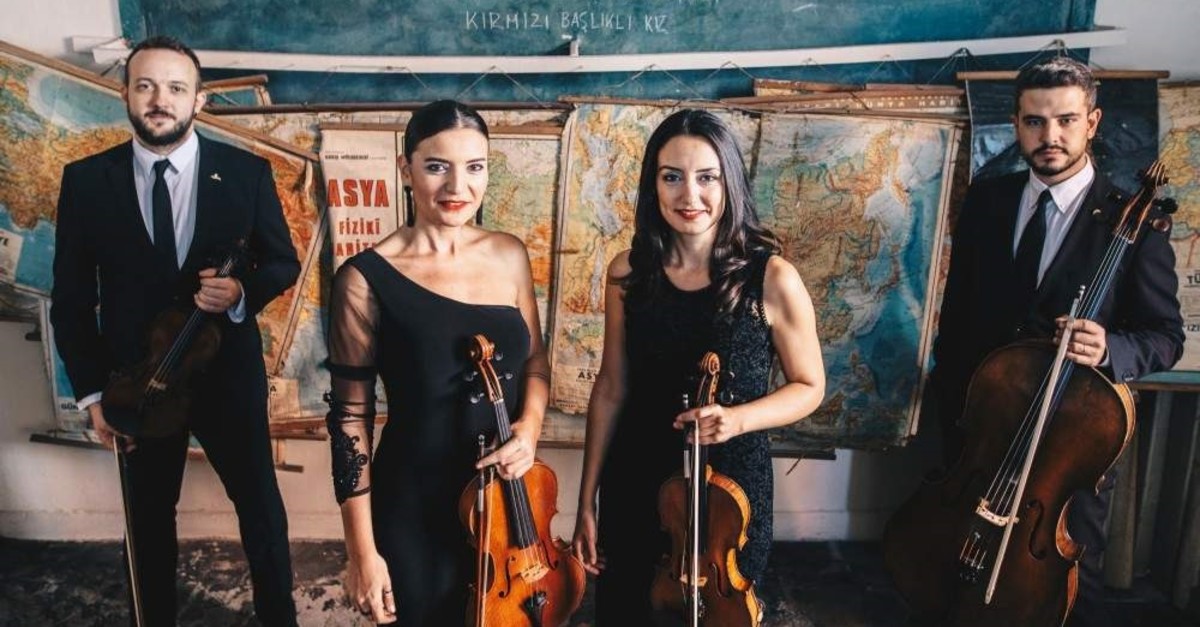 The Semplice Quartet's concert with the theme of Conspiracies of Claudius Civilis, inspired by Rembrandt Harmenszoon van Rijn's famous oil painting, will be held at the fourth floor of Yapı Kredi bomontiada.

The Semplice Quartet, which has proved to be a long-standing and distinct ensemble with its successful concert performances since 2009, went to the U.S. in 2010 to work and perform concerts with Lenny Matcznyski under the Young Artist Program with a scholarship from the Apple Hill Chamber Music Center.

In 2016, Semplice Quartet was awarded the Chamber Music Group of the Year in the Andante magazine's Donizetti Classical Music Awards and also had the chance to perform at the Istanbul Music Festival and the Aix-en-Provence Festival in France.

All the members of Semplice Quartet are the members of Turkey's outstanding orchestras and have also been pursuing their chamber music careers with dedication. They are students of professor Johannes Meissl, the head of the Chamber Music Department of the University of Music and Performing Arts Vienna.
RELATED TOPICS