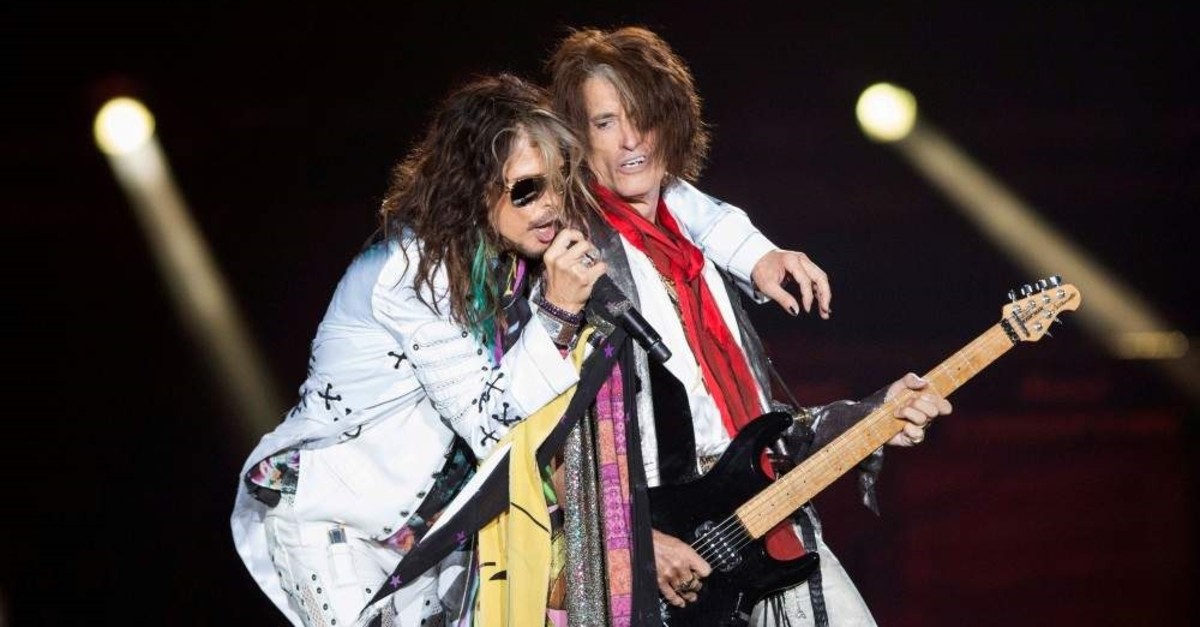 Actor Johnny Depp and musician Alice Cooper joined Aerosmith Friday at a gala dinner and performance in Los Angeles to celebrate the band's 50-year career as one of the best-selling American hard rock bands of all time.

Cooper and Depp – who play with Aerosmith guitarist Joe Perry in rock supergroup Hollywood Vampires – were among more than a dozen artists including the Foo Fighters, Sammy Hagar and John Legend who sang the band's biggest hits as it was named the MusiCares person of the year.

Organized by the Recording Academy, the annual MusiCares event raised some $6 million Friday for health services to members of the music industry.

Hosted by British comedian Russell Brand, the night was marked by jokes about the band's drug-fueled past and the advancing age of frontman Steven Tyler, Perry, and guitarists Brad Whitford and Tom Hamilton.

"It's a miracle he's still alive!" Brand said of Tyler, 71, calling him the "the sexiest septuagenarian in history."

Aerosmith, formed in 1970 in Boston, rose to fame when the band broke through as America's answer to the Rolling Stones with its fusion of hard rock and blues. Tyler and Perry quickly earned the nickname "the Toxic Twins" due to their heavy use of drugs, a moniker cemented later in the band's career by their numerous feuds and multiple trips to rehab.

Internal conflicts boiled over in 2009 after Tyler fell off the stage and his bandmates threatened to hire a new singer to replace him.

"Should I, which I won't, fall again, y'all might help me back up again, and I love you so much for that," Tyler told the audience Friday, praising the work of MusiCares.

Feuding flared again this week when drummer Joey Kramer lost a legal bid to play at the dinner after a period off due to an injury last year. Kramer did, however, join his bandmates on stage as they accepted their MusiCares awards, which also recognized Tyler's Janie's Fund charity for abused and neglected girls.

On Friday, R&B singer Legend got a standing ovation for his version of the power ballad "I Don't Want to Miss a Thing," while pop star Kesha gave an emotional rendition of the band's song about child abuse, "Janie's Got a Gun."