Turkish-Syrian children's choir sings folk in the name of fraternity 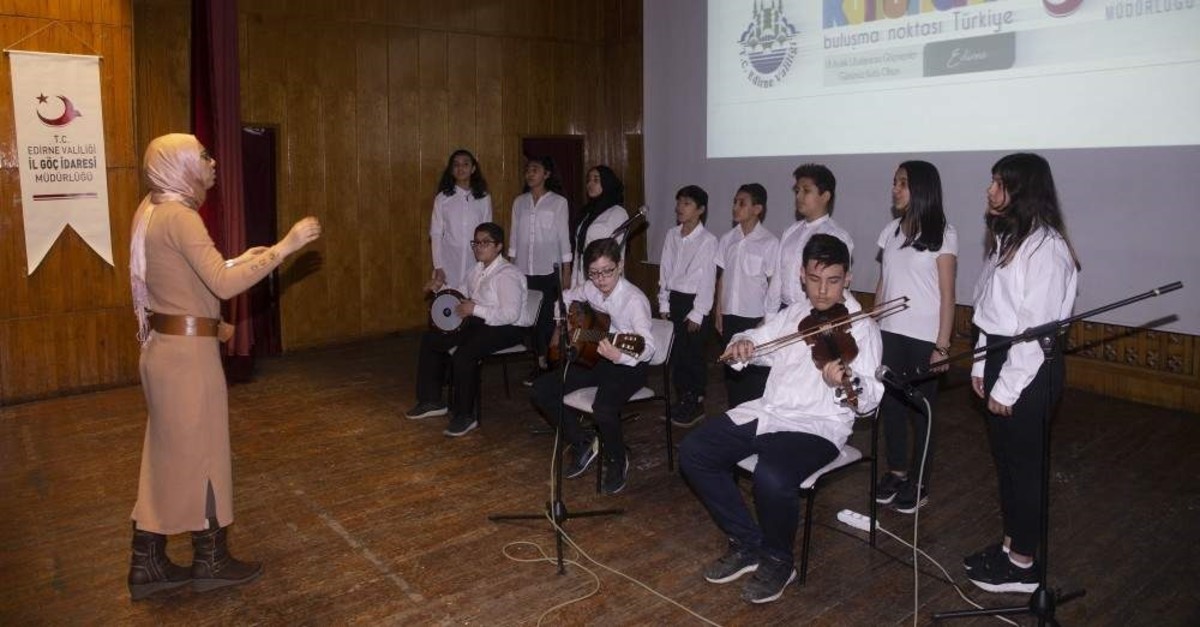 At İstiklal High School in the Thracian province of Edirne, a choir has been formed to help foreign students in Turkey adapt to their new country. The Brotherhood Choir consists of six Syrian, three Turkish, two Afghan and one Turkmen student, whose performances are garnering much attention.

Founded specifically to speed up the adaptation process of Syrian and Afghan students in the city's Kaleiçi district, which has seen a large influx of migrants in recent years, the choir forms the perfect example of how various cultures can thrive when put together having performed its first concert on International Migrants Day on Dec. 18, 2019, with the help of music teacher Hamide Demir. The works performed by the choir included "Uzun İnce Bir Yoldayım" ("I am on a Long, Narrow Road") and was much-lauded by audiences.

In an interview with Anadolu Agency (AA), School Principal Yakup Öz said that the choir, which regularly rehearses, will continue to give concerts with new folk songs, and that they have received the necessary support from the Governor's Office and the Directorate of National Education.

The choir's guitarist, Arda Yaşaroğlu also expressed joy at having joined the project. Yaşaroğlu emphasized the ability that music has to unite various peoples and cultures, saying: "There is no distinction between language and religion here. Music is something that people make to expose their inner feelings. Our work is a great success. I like to sing with them and play with them."

Nama Tadmuri, a Syrian member of the choir, said her family had arrived in Edirne from Damascus five years ago and that she had since learned Turkish and gone to school. Tadmuri stated that she was excited to take part in the choir, adding: "I have been in choirs before, but this is more fun. I am happy to introduce our culture. I sing with my Afghan, Syrian and Turkish friends. I am very happy with that so many beautiful things have blossomed out of this unity of various peoples. We are doing great performances. My friends are happy with them as well. We are having a lot of fun."

Şahin Osman, another Syrian member of the choir, said that he had been living in Edirne for seven years and was happy to see the reception the choir had received.