From empty yogurt buckets to an orchestra: Story of a young music teacher in Turkey's Gaziantep 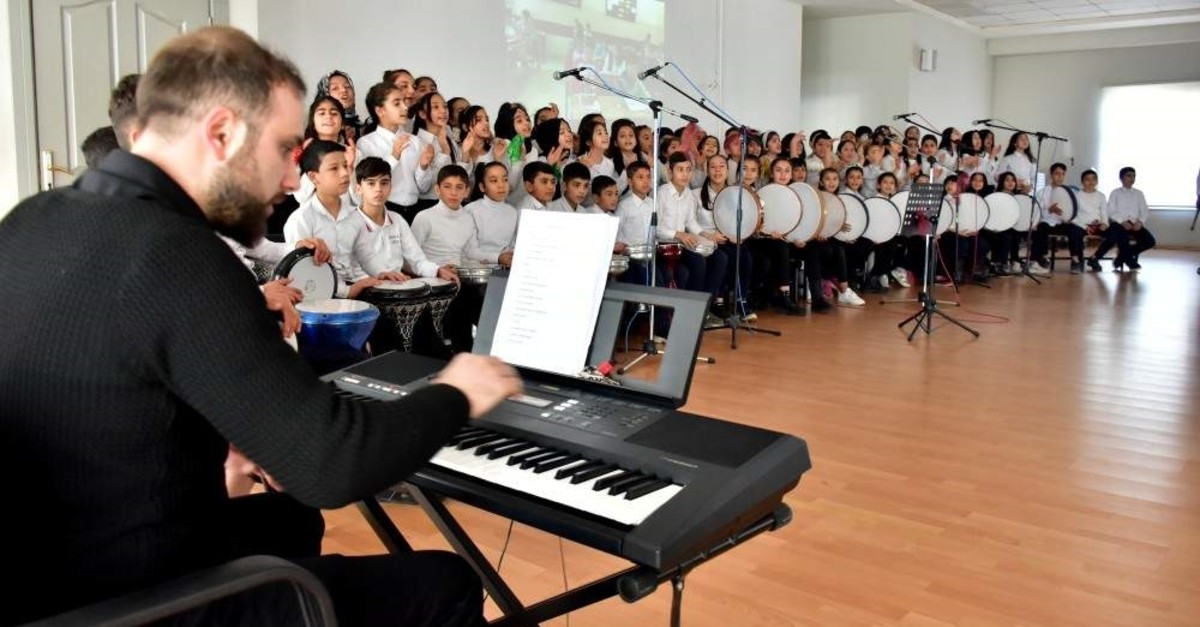 It can be difficult to draw children's attention to something, especially in a classroom. It is even harder to get them to pick up a hobby. But Yücel Adanur, a young music teacher at the Karacaaoğlan school in southern Turkey's Gaziantep, has found a way to achieve the impossible.

Despite the fact that his school did not have any musical instruments, Adanur decided to form an orchestra and help children enjoy the time they spend at school.

The school did not have the funding to buy instruments for children, so Adanur made his own using empty yogurt buckets, tins and water bottles filled with rice.

"Our first instrument was an empty yogurt bucket. We filled it with sponges. Then we filled water bottles with rice or bulgur. Our students love music and they are also talented," he said.

Adanur said that after forming the orchestra, children were more interested in not just music but in other classes as well. Music plays a crucial role in raising good individuals, he added.

"We had students who had difficulties in social interactions. They express themselves much better now. Students who were even afraid to speak are now on stage. We know an unhappy person can have learning difficulties," he said.

"Our goal is to prepare our children for the future. I do not want kids to spend their free time in internet cafes. It will be better for them if they are busy with music," Adanur said.

The orchestra is traveling around Gaziantep performing concerts at other schools.

Muhammet Aras, one of the students, said music helped him relieve the stress of exams.

"I was addicted to my phone before. But after meeting Mr. Yücel, music has become a part of my life and I will continue to study it in the future," he added.