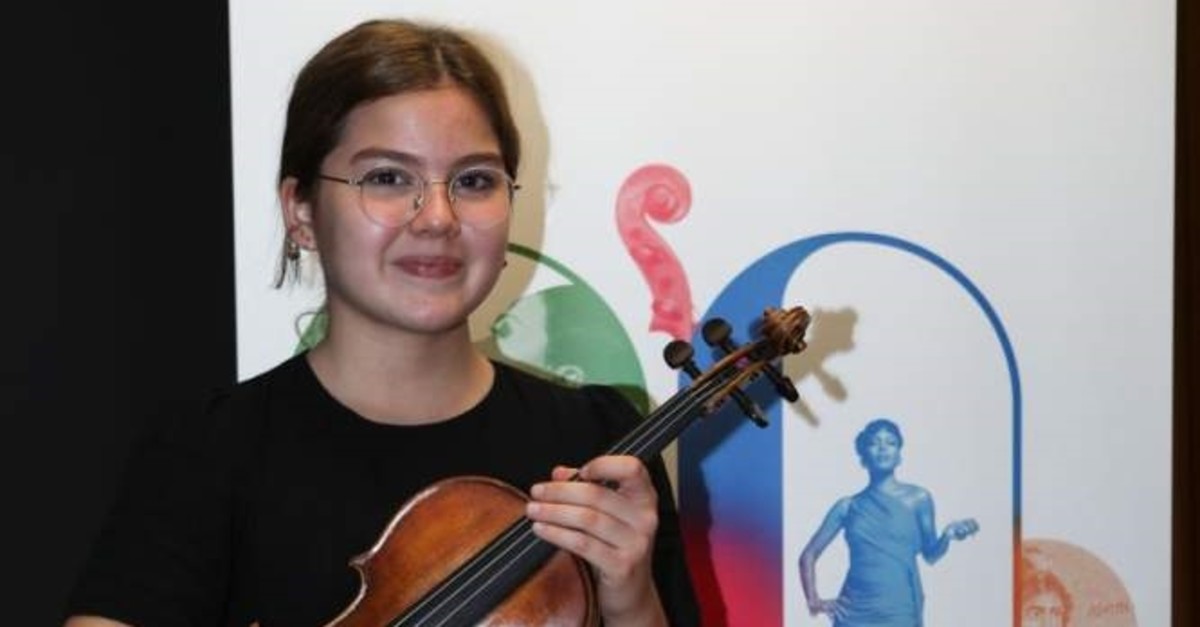 As part of İş Sanat's Shining Stars series, aimed at providing young musicians with stage experience and supporting them in their first steps in the art scene, violinist İlke Işı Tuncer and cellist Ebubekir Ferhat Güneri will take the stage in February. The Shining Stars concert will be held free of charge at Millî Reasürans Concert Hall in Istanbul at 8.30 p.m. on Feb. 24.

Born in the capital Ankara in 2005, Tuncer started music training at the age of 5 at the Toddlers' Choir of the Turkish Polyphonic Choirs Association. In 2011, she enrolled in the Violin Department of the School of Ballet and Music, Faculty of Music and Performing Arts at Bilkent University. Tuncer continued her secondary education at the Ankara State Conservatory of Hacettepe University and was awarded a prize at the Josef Micka Violin Competition, which took place in Prague in 2017. In 2019, Tuncer performed Vivaldi's summer concerto at Boğazici University's Albert Long Hall, sharing the stage with İdil Biret.

Born in Ankara in 1999, Güneri started cello training with professor Ümit İşgörür. He continued to study cello with associate professor C. Can Elbi when he enrolled in the State Conservatory of Dokuz Eylül University in 2011. Joining the Doğuş Children's Symphony Orchestra in 2015, Güneri worked as a cello group maestro of this orchestra until 2018. He passed the examination of the Ankara State Conservatory of Hacettepe University and studied with associate professor İzzet Nazlıaka in 2014. He has performed many solo, chamber music, orchestra and accompanied concerts in İzmir, Ankara and Istanbul provinces.