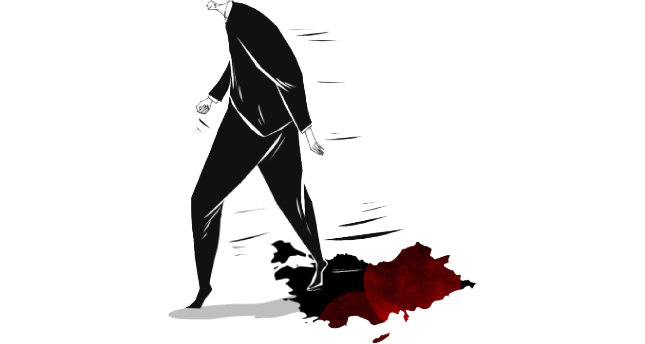 Turkey has boosted its trade relations, provided enormous development and humanitarian aid, deepened its socio-cultural relations and, most importantly, has concluded its diplomatic opening successfully in distant regions, all of which have made Turkey more visible

With the start of 2015, we have been hearing about the intensification of Turkish President Recep Tayyip Erdoğan's official visits to distant countries, including 12 African countries, four different official trips containing three countries in each of them are envisaged, and visits to Latin American countries on at least two separate occasions. Remembering Turkey's initial goal of seeking to develop bilateral relations with its shifting foreign policy considerations, it was 10 years ago that Turkey proclaimed the "Year of Africa" in Turkey, one year prior to the declaration of the "Year of Latin America and the Caribbean."

By 2015, Turkey's relationship with the aforementioned regions has forged ahead in terms of economic, cultural and political developments via the employment of Turkey's official and civil capacities, and has gone beyond the imagination of Turkish policy makers. Firstly, Turkey has successfully launched the African Opening that enabled Turkish embassies to multiply, now present in 40 countries on the African continent, enabled it to exceed a 25 billion trade volume, and the provision of Turkish humanitarian and development aid regardless of the ethnicity, race or religion of the recipients. Holding a mirror up to the African Opening, and thanks to Turkey's economic leap forward, Turkey has forged good relations with newly-emerging economic centers in Latin America and played crucial role, particularly together with Brazil, in resolving a major global problem like the Iranian nuclear issue, and demonstrated the verisimilitude of continuing diplomatic dialogue, which is what the P5 and Germany are doing currently. Within 10 years, Turkey has accomplished its initial aims and built up strategic engagements. Nevertheless, it also signifies a new threshold for passing on to a new phase that will cement relations.

Turkey's foreign policy toward and diplomatic dealings with Africa over the last 10 years is regarded as a "strategic accomplishment." However, there is a necessity for both sides to cement relations. Firstly, Turkey is still the sole moving force behind relations, even though Turkey has been admitted into the African Union as a strategic partner. That is to say, the future of relations is overwhelmingly dependent on the developments in Turkey's domestic sphere. Thankfully, no change in the domestic politics of Turkey that would trigger a change in its approach toward Africa is envisaged. Secondly, there are not enough experts focusing on Africa's political, economic and cultural issues or on specific regions within the continent.

Despite these ongoing issues, there are emerging fields that would be conducive to enhancing relations. Firstly, predictably, strengthening economic relations by finding specific areas to invest in, and in this context, Turkey's lack of colonial experiences in the continent is the greatest opportunity. Secondly, Turkey is the voice of suffering people in the international arena, and the case of Somalia is the greatest example. Turkey's role in Somalia, while maintaining a balance between interest and conscience, is a clear-cut demonstration of Turkey's approach toward Africa. This approach, together with Turkey's willingness to play a greater role in peace and state-building efforts in African countries, in addition to its search for justice in world politics, defines a common and shared vision between Turkey and African countries, especially with those who are discontent with the present structure of the U.N. Security Council.

As of 2015, one year short of a decade after the declaration of the Year of Latin America and the Caribbean by Turkey, Turkish and Latin American relations still evolve around the high politics that is explicitly related to a common understanding of the newly emerging economic powers. Latin America has been one of the main focuses of the emerging economic centers, led by Brazil, Argentina and Mexico (considered a Latin American country), which are member of G-20, whose Presidency is currently held by Turkey. Since 2006, in the context of Latin American and Turkish relations, the most considerable initiative was undertaken by Brazil and Turkey as emerging influential actors, not only in their respective regions, but also on a global stage, and as part of the U.N. Security Council, at that time so as to reach an agreement on the protracted Iranian nuclear issue. Despite the fact that three parties signed the Tehran Agreement, it never became functional, allegedly, due to the West's consideration that it was not satisfactory on the one hand, and increasing opposition in Iranian domestic politics, on the other. In this context, some interpretations even suggested that the U.S. did not want this kind of important global issue to be resolved by newly-emerging powers. Nevertheless, it can be said that the Tehran agreement proved that diplomacy with Iran is working, which created a baseline for current negotiations between Tehran and the P5+1 countries.

The main challenge that both sides confront in bolstering relations is geographical distance between Latin American countries and Turkey. This directly influences the lack of civil society dialogue and socio-cultural interactions, despite both sides having no bitter experiences in the past, as well as academic research. Yet, Turkish Airlines (THY), as the most direct flight provider in the world, is seeking new routes in Latin America and will soon establish routes to Caracas, Bogota, Havana and Mexico City. Increasing visitors have been coming from Brazil after THY's direct flight started, exceeding or very close to 100,000 visitors compared to 5,000-6,000 in 2006. By glancing at these changing numbers year on year, the potential of Turkey to be visited is demonstrated. It should also be noted here that more or less all countries mutually lifted visa restrictions with Turkey. Likewise, the Turkish Cooperation and Coordination Agency (TİKA), which had already undertaken myriad projects in Latin American and in the Caribbean countries, will open its first branch in the Mexico, but will deal with the entire region, as a first office in the American continent until a second one can be established in Colombia. In addition to these, narrowing down the gap in academic fields, the Latin America Research and Application Center was established at Ankara University, in order to better understand political, economic and cultural developments in Latin America.

Latin American countries' economies have grown considerably, and the prominent countries in the region not only seek regional but also global economic integration. The EU and the MERCOSUR, which is the regional economic organization under the leadership of Brazil, still continue negotiations that aim at diminishing trade restrictions between the two economic blocs. Furthermore, Mexico will automatically be incorporated into the TTIP, due to its free-trade agreements with both the EU and the U.S., if negotiations between the U.S. and EU are concluded as intended. Needless to say, all these issues are making it critical that Turkey deals attentively with prominent Latin American countries due to its obligations stemming from the Custom Union with the EU. Considering the prioritization of the economy in these countries' bilateral and multilateral relations, together with the aforementioned developments, predictably, Turkey also seeks to boost its economic relations through free trade agreements. The economy's significance is even reflected in the formation of MIKTA, like BRICS among the countries of Mexico, Indonesia, South Korea, Turkey and Australia, that accepted Mexico and Turkey into the group.

Ten years ago, in Turkey, Africa was seen as nothing more than a continent portrayed in documentaries, watched when you wanted to wast time throughout night, and Latin America had no meaning beyond football and football players. What has been transformed by Turkey's global outreach, so far, is the fact that Turkey has boosted its trade relations, provided enormous development and humanitarian aid, deepened its socio-cultural relations and most importantly has concluded its diplomatic opening successfully in distant regions, all of which have made Turkey more visible. Both Latin America and the African continent are expected to have a crucial place in the near future and the newly emerging economic and political center of gravity by including steadily emerging countries in their respective regions. From now on, Turkey and regional countries, which have left behind a phase by completing the opening process, should define a common and mutual understanding in this rapidly moving international order. It is safe to say that President Erdoğan's intensification of official visits in both Latin America and the African continent during the coming year will be conducive for the acceleration of cementing relations in all fields.
Last Update: Mar 06, 2015 2:46 am
RELATED TOPICS