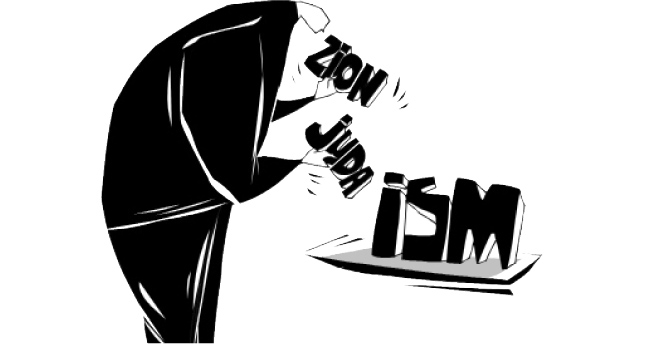 by Tristan Dunning Mar 09, 2015 12:00 am
In what can only be described as a remarkably candid speech during a conference on racism and discrimination late last year, no less than the Israeli president, Reuven Rivlen, boldly declared that "Israel is a sick society with an illness that demands treatment." Israel's treatment of Palestinians in the Occupied Territories is well known. From its periodic attacks on the Gaza Strip (euphemistically now known in the Israeli defense establishment as "mowing the lawn"), to the "administrative detention" of Palestinians activists (that is to say, being detained indefinitely without charge), the cumulative effects of the occupation has led Israeli political scientist Ahron Bregman to label the crushing military triumph of June 1967 a "cursed victory." The resulting dual legal system in which Israeli citizens enjoy civil rights, whereas occupied Palestinians are subject to military law is just one aspect that undermines Israel's claim to being both Jewish and democratic. Brutalization affects the occupier as well as the occupied (although, of course, nowhere near to the same extent).

As Ran Greenstein more accurately observes, "the 'Jewish democratic state' is 'democratic' for Jews, but 'Jewish' for Arabs." This is not the case only within the Occupied Territories, but also within Israel itself. Palestinians with Israeli citizenship are second-class citizens, and even that second-class status is looking decidedly shaky. Recent proposals emanating from the Israeli "right" have proposed to alter Israel's Basic Law to officially enshrine Israel as a Jewish state. Under these changes, Jewish law would become the basis for the Israeli legal system, national holidays would be Jewish religious holidays, and only Jews would possess communal rights. In other words, although individual Arabs would still technically be equal before the law, the communal rights of the Palestinian-Israelis would not be recognized. The original version, moreover, proposed to strip Arabic of its official language status. Individual equality before the law is one thing, however, but as women and minorities will testify, this is a far cry from social equality. Stratification between Jews and non-Jews has long been a reality in Israel proper. According to David Lloyd and Laura Pulido, Palestinian-Israelis (as opposed to stateless Palestinians in the Occupied Territories), "have Israeli citizenship (ezrahut, in Hebrew) but not "nationality" (le'om), on which crucial rights to property, movement, and settlement depend."

Jewish Israeli racism toward Palestinians, however, is well-worn territory. The founding of Israel was predicated on obtaining as much land containing as few Palestinians as possible. The 1947-48 nakba entailing the ethnic cleansing of over 750,000 Palestinians in order to create a Jewish majority in what is today recognized as Israel, is testimony to that. These refugees and their direct descendants now number over 5 million. Even in pre-state days, the Jewish Zionist community limited interaction with the existing Arab community. The Jewish Histadrut (or collection of trade unions), for instance, excluded Arab labor. Itinerant Arab farmers were evicted off the land sold to Jewish immigrants by the Palestinian landed class.

What is perhaps more concerning for Israeli Jews, is the increasing tension between different segments of the Jewish community. This is unsurprising in itself, given that Jewish immigrants come from over 110 different countries and speak 80 different languages or dialects. Modern Israel has gone through a variety of dramatic demographic shifts in its short history. While there have always been Eastern or Mizrahi Jews in Palestine, the original Zionist settlers were European or Ashkenazi Jews. As a result, the Ashkenazi viewed the Mizrahi as backwards. These were the Israeli elite who held power under the old Labor Guard or Mapai party until the Mizrahi, under one Menachem Begin of the Likud, managed to snatch power away in the 1977 elections. Following the Arab-Israeli wars in 1948 and 1967, many Mizrahi Jews migrated from Arab countries to Israel and changed the demographic balance that had previously favoued the Ashkenazi. An influx of over 1 million Russian "Jews" (of questionable Jewish status) following the fall of the Soviet Union in the early 1990s, again, radically changed the demographic balance, and allowed Israel to continue to wean itself off cheap Palestinian labor after the troubles of the first intifada.

The problem, as Israeli commentators Carlo Strenger and Judd Yadid point out, is that the old Ashkenazi elite never managed to disseminate and instill a uniform ideological or cultural hegemony among Israeli Jews. Indeed, Israeli historian Shlomo Sand argues that the Land of Israel and, indeed, the Jewish people are inventions. This, of course, is hardly unique to Israel, given that all identities, and particularly modern identities, are constructed, but these arguments fly in the face of assertions of unbroken primordial antiquity. The existence of European, Middle Eastern, North African, Ethiopian Jews and so forth within Israel clearly point to a constructed identity rather than an unbroken bloodline. As Sand observes, neither DNA nor "cultural or linguistic criteria [are of] any use in defining Jews... only religious criteria remain at the disposal of secular legislators." Divergent birth rates between secular and religious Jews continue to alter the demographic balance in Israel. Secular Jews have a low birth rate compared to Western Europe, whereas religious Jews boast of much higher rates. Secular parties can only claim a plurality of the Israeli vote now. This is partly what is driving the idea to legally enshrine Israel as a Jewish state, despite the objections of secular Israelis. Secular Israelis are already subject to religious proclivities. It is, for instance, impossible to have a civil marriage ceremony in Israel. Israelis who do not wish to have a religious ceremony must be married overseas. Anyone who has visited Jerusalem, moreover, knows that it is almost impossible to find anything open during the Sabbath, outside of the Palestinian quarters. Orthodox Jews in Jerusalem try to force women to sit apart from the men at the back of the bus. An 8-year-old girl was spat on by Orthodox men and called a "whore" in 2011 for supposedly being inadequately covered. International corporations such as Intel have previously been subject to protests for operating on Saturdays. If you drive into an Orthodox neighborhood on a Saturday your car could be pelted with stones.

This lurch toward religious chauvinism is all the more ironic if we consider that Israel was founded as a secular, quasi-socialist, quasi-anarchist society centered on the idea of collective communities or Kibbutzim (excluding the Palestinians of course). Indeed, Tony Judt once described the Kibbutzim as the "curious communitarian progeny of an unlikely marriage of Marx and Kropotkin."

It was the occupation of East Jerusalem and the Palestinian Territories in 1967 - Bregman's "cursed victory" - that first gave rise to the messianic settler movement that essentially holds a veto over peace talks. Ironically, perhaps, it is Jewish Israeli antagonism toward the Arab and Palestinian "other" that facilitates Jewish Israeli solidarity by sustaining a garrison nationalism united against this putative outside threat. A cynic might ask how long this unity might last should there ever be peace between Israelis and Palestinians. The fragility of Jewish Israeli solidarity was recently exposed by a proposal to divide Israel into separate ethnic and secular/religious enclaves. Not content with partitioning Palestinians into cantons, it appears that some Israelis see this as a way to protect Israeli Jews from each other.

Thus, the battle lines are drawn for Israel's March 17 elections with the secular "Zionist Left" forming a united list to balance out Prime Minister Netanyahu's right-wing Likud. In a similar vein, Palestinian-Israeli parties have formed a united list for the first time and encouraged a high Arab turnout to maximize representation in the Knesset. This is in marked contrast to the apathy with which Palestinian-Israelis have traditionally approached such elections. Palestinian-Israelis are some 20 percent of the Israeli population, so a brave, but unlikely move by the Zionist Left (should it be asked to form government), would seek to incorporate the united Arab list into its ruling coalition and thus build a truly inclusive Israeli as opposed to Jewish government. Should a coalition of the right led by Netanyahu and supported by the religious/settler parties be returned to power, it is likely that the moves to enshrine Israel officially as a "Jewish" state will continue apace and lead to further fragmentation of Israeli society. This is not only the case in regards to Palestinian-Israelis, but expect more conflict between secular and religiously-minded Jews as well. In such an event, moreover, the peace process will remain in its moribund state, thus increasing the likelihood of conflict with Palestinians in the Occupied Territories as settlements continue to expand. Netanyahu will inexorably press for confrontation with Iran and the further militarization of Israeli society.

In short, Israel's March 17 elections are once more a battle for the country's heart and soul - perhaps, this time, even more so than usual.

* Dr Tristan Dunning is an honorary research fellow at the School of Historical and Philosophical Inquiry at the University of Queensland in Australia and publisher of Hamas, Jihad and Popular Legitimacy: Reinterpreting Resistance in Palestine​
Last Update: Mar 10, 2015 1:23 am
RELATED TOPICS