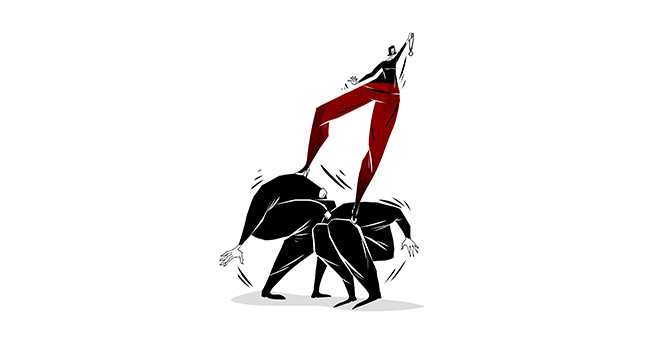 Lately, the U.S. State Department’s decision to reward Arbana Xharra, a Kosovar journalist who is known for racist and Islamophobic comments, with an International Women of Courage Award has brought the U.S.’s stand on Islamophobia into question

In March 8, 2015, the U.S. State Department honored 10 women from around the world with the International Women of Courage Award. One of these women was the Kosovar journalist Arbana Xharra. U.S. Secretary of State John Kerry subsequently authored a piece in the Huffington Post explaining the decision to award this to Mrs. Xharra. He said that she had written "a series of investigative reports on religious extremists in her country. Her tireless efforts uncovered links to foreign terrorist organizations and helped us fight against the rise of a radical extremism threatening global peace and prosperity." Mr. Kerry continued by saying: "Her example galvanized a new generation of journalists working in a nascent democracy to stand up to injustice and corruption."

For those who come from the Balkans and monitor developments in Kosovo on a daily basis, Mr. Kerry's statement came as a great surprise. While successive U.S. administrations have tried hard to convince Muslims that America's latest war on terror is not a war against Islam, its actions show the contrary. By honoring Arbana Xharra, the U.S. has left many in the Balkans feeling very bitter. Those who read Mrs. Xharra's articles, or those of her uncle, Fahri Xharra, are fully aware of their constant diatribes against Albanian Muslims, Islam, Arabs, Palestinians and Turkey. These same Muslims have now begun to ask whether U.S. President Barack Obama is lying when he says that the U.S. is not at war with Islam or if his officials in Pristina have simply been misleading him.

Arbana Xharra is not against extremism specifically, she is against Islam and Muslims intrinsically. Evidence for this comes in the form of the many articles she has written about Islam and the Muslim community in Kosovo over the past few years. One of her "investigative reports" was even sponsored by the Robert Bosch Stiftung Foundation and the ERSTE Foundation. These, for the most part, are far removed from the idea that she is "galvanizing a new generation of journalists ... to stand up to injustice and corruption" and that she has produced useful "investigative reports on religious extremists," as Mr. Kerry put it. While Mr. Kerry probably does not know who Mrs. Xharra is, and has never been exposed to her vitriolic Facebook postings and insults against Albanian Muslims, Turks and Serbs, he has decided to award her a prize on the recommendations of the U.S. Embassy in Pristina who proposed her name to the State Department. Mr. Kerry, in my opinion, is innocent of having chosen this rank Islamophobe to reward with such a prestigious honor, and I believe that if he had read her articles he would have surely changed his mind.

Mrs. Xharra is part of a new cohort of born-again, Islamophobic Christians in Kosovo. She has made a career out of articles and Internet postings that continuously insult Islam and Muslims. While it is true that she writes about the Islamic State of Iraq and al-Sham (ISIS) and Kosovars who went to join this group - and whom the Kosovar government initially encouraged to go and fight in Syria when the revolution was in its infancy - in many of her other articles she writes not with facts, but with emotions and hate. For many years she has claimed that Kosovo is endangered by "extremist Islam," and has demanded that Kosovar politicians stop "the hate preaching of radical imams," control and investigate funding of Muslim organizations, outlaw Islamist opposition parties and investigate all the money that comes from Arab countries and the properties of Kosovar imams. She is not able to differentiate, like President Obama does, between normal Muslims and ISIS jihadists, and her undemocratic ideas that call for banning political parties would be applauded by dictators and not democracies like the U.S.

Her most infamous posting that drew the ire of the public came on January 23, 2015 when, having seen a group of Kosovar Muslims handing out copies of the Quran on the streets of Pristina, she called them filthy and demanded that authorities stop their "brainwashing activities" for the benefit "of our country's children." She also regularly attacks the Kosovar government and the Muslim community of Kosovo and its chief mufti, Naim Ternava, whom she accuses of conspiring with extremists to destroy the Kosovar state. To her, an extremist is anyone who practices another school of Islam that differs from the communist-era "official Islam" of Yugoslavia, and any Muslim who does not admit the official hagiography of the Kosovar state, which claims that Albanians are not really Muslims, but Catholics who fought alongside Scanderbeg against the Ottoman Empire and Islam.

While Mrs. Xharra attacks Muslim activists, street preachers, their civil society organizations and political parties she has never done the same thing against Christian missionaries who openly proselytize among Kosovars in large numbers and incite hatred against Turks, Serbs and other communities. She has never claimed that Kosovo is endangered by extremist Christianity, has never demanded from Kosovar politicians that they limit the hate speech of radical priests who praise the extermination of Muslims in Bosnia or to control and investigate the funding of their organizations or to outlaw the many Christian parties of Kosovo.

Moreover, Mrs. Xharra is not only Islamophobic, but racist - devoted and ardently anti-Turk. In many of her Facebook postings, articles and others she attacks Turkey, a U.S. NATO ally, as the major "enemy" of Albanians, and was even a signatory to an infamous petition spearheaded by a few fundamentalist Christian Albanians and directed to the Kosovo government that opposed reforming Kosovar history textbooks to better reflect the Ottoman period. These textbooks, which Turkey and many intellectual Albanians criticized publicly, promote many racist views about Muslims, Turks, Serbs and other communities that live in Kosovo. Mrs. Xharra attacks Kosovar politicians like Fuad Ramiqi who calls for debate on why the secular nature of the Kosovar state applies only to Islam while its public spaces are filled with Catholic iconography and "heroes" such as Mother Theresa and Scanderbeg.

One civil society group in the country, the Muslim Youth Forum of Kosovo, has openly branded Mrs. Xharra a liar and gone to great lengths to expose her murky links to Catholic fanatics who, they claim, funnel money to her campaign of spreading hate against Islam. The same group alleges that Mrs. Xharra and her Islamophobic uncle, Fahri Xharra have been inspired to incite hatred against Islam by Catholic clerics such as Don Anton Kqira. For those who follow events in the Balkans, they will recall that Kqira, a U.S.-based priest, was caught calling for the extermination of Albanian Muslims in Kosovo as Slobodan Milosevic massacred Bosnian "dogs" in Srebrenica. Does the U.S. realize to whom it has given a prestigious award and the damage this has done to its image? Though Mrs. Xharra is not the only Islamophobic writer in Kosovo who regularly insults Albanian Muslims, Turks, Serbs and other religious and ethnic groups in the country, the reward offered to her by the U.S. State Department and first lady Michelle Obama was truly unbelievable. While the Obama administration invited Muslims from around the world to tell them that its fight against ISIS "is not a fight against Islam," how does it expect Kosovar Muslims and imams to interpret the prize it has just awarded to Mrs. Xharra?

Post-Yugoslavia Kosovo is a country where Muslims are desperately trying to preserve their identity in the face of many insults that the Kosovar regime and many Islamophobic authors like Mrs. Xharra have been directing against their community. Kosovo is not Iraq or Syria. Its Muslims are very grateful to the U.S. for its intervention in the 1990s. Why is the U.S. then siding with Islamophobic figures like Mrs. Xharra? I do not believe that the U.S. administration wants Kosovars to abandon Islam and convert to Catholicism, as Mrs. Xharra and company may want. For this reason, I think that Mr. Kerry and President Obama should have a frank and sincere discussion with their apparatchiks in Pristina and inform them that the U.S. is not at war with Islam, but with ISIS. It is for this reason that they should not reward Islamophobic and racist figures who perceive every Muslim walking on the planet as a terrorist.