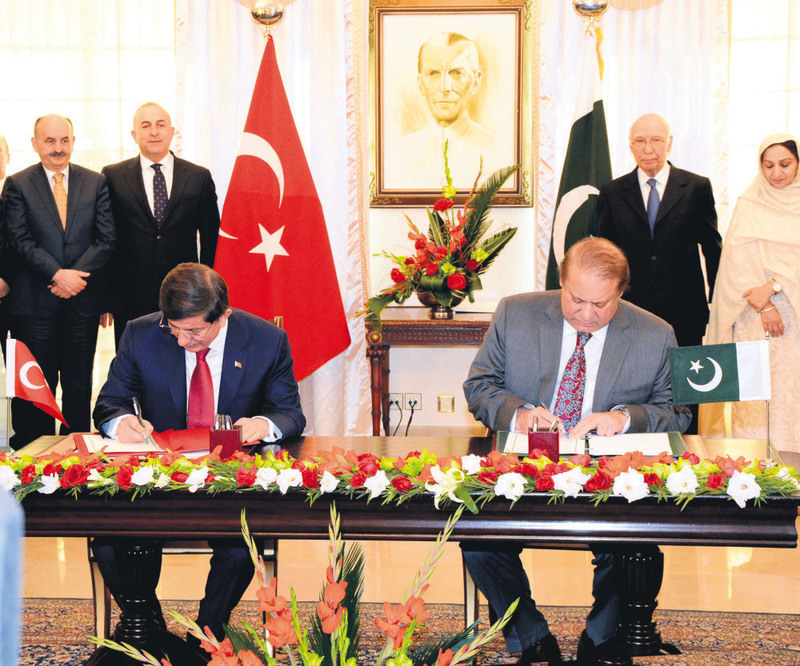 March 23 represents a milestone in the epic struggle of the Muslims of South Asia for a separate homeland. It was on this day in 1940 that the Muslims of the sub-continent made the consequential decision to realize their national aspirations to the fullest measure. The All-India Muslim League, at its annual session held at Minto Park in Lahore, adopted a historic resolution demanding the creation of a separate state.

March 23 is, therefore, an auspicious day as it symbolizes the expression of the collective will of the Muslims of the sub-continent and is a reminder of their unity of thought in their march toward a common destiny. The homeland envisioned in the 1940 Lahore Resolution became a reality within a span of seven years. On Aug. 14, 1947, under the dynamic leadership of Quaid-e-Azam Mohammad Ali Jinnah, Pakistan emerged on the world map as an independent and sovereign state. The people of Pakistan, living in the country and abroad, celebrate March 23 as Pakistan Day every year.

Pakistan Day's significance is self-evident. This is an occasion for all Pakistanis to reaffirm their commitment to the ideals for which Pakistan was established. Equally important, it is an occasion to pay tribute to the wisdom and foresight of the father of the nation, Jinnah, and to express gratitude to all those who waged a valiant struggle for this noble cause and those who made the ultimate sacrifice so that our succeeding generations could live in freedom and dignity. The unparalleled democratic struggle of our forefathers was aimed at securing for the Muslims of South Asia a place where they could develop to the fullest their spiritual, cultural, economic, social and political life in a way that was in consonance with their cherished ideals of justice and equality, democracy, constitutionalism, the rule of law and economic well-being.

The new nation-state of Pakistan had to face a number of challenges in the formative phase. But the strong will of its leadership and the resilience of its people made sure that all odds were overcome and the country continued its journey on the path of progress and prosperity.

Pakistan had begun with virtually no industrial base, had a rudimentary civil and military structure and possessed meager financial and energy resources. Today, Pakistan's transformation into an emerging economy, its expanded agricultural and industrial foundation, strong institutions and ever-increasing roles at the regional and international levels testify to the indomitable spirit of the Pakistani nation and the supreme value of the human endeavor. Today, our democratic polity, vibrant civil society, independent judiciary and free media illustrate the progress made on this journey and the immense potential that lies ahead.

Located at the crossroads of strategically-important regions of South Asia, Central Asia and Western Asia, Pakistan is the sixth most populous country in the world. It is endowed with fertile land and vast natural recourses. It has attained self-sufficiency in food and has become one of the leading countries of the world in the production of cotton, rice, wheat, sugarcane and milk. The country has a strong manufacturing base centered on textiles, automotive, cement, sporting goods, leather items and food industries. Pakistan's rich cultural heritage, diverse landscape and hardworking and enterprising people add to the list of factors favoring closer economic engagement with the world.

As an emerging economy with steady growth and an expanding consumer base, Pakistan offers vast opportunities for foreign investors in diverse sectors including energy, telecommunications, infrastructure, agro-based industry, urban development and housing. With an abundance of skilled and economical labor force, well-developed transport and communication networks and attractive government incentive packages Pakistan is well-suited for profitable foreign investments. The stock markets are booming and the currency is stable. Over the last decade the Karachi Stock Exchange has consistently been the best performing market in the region.

Socio-economic development tops the agenda of Prime Minister Muhammad Nawaz Sharif. Specific policy measures have been initiated to bring the fruits of democracy to the people of Pakistan in the form of good governance, a peaceful and tolerant society and economic prosperity. Our ties with Turkey are time-tested and based on common faith, cultural affinity and shared history and traditions. A deep reservoir of goodwill flows from one people to another. The historic bonds between the two nations predate even the emergence of modern-day Pakistan and Turkey. This has essentially been a journey of friendship and brotherhood between the two peoples spanning decades and nurtured by successive generations. Our bilateral relations are characterized by exceptional warmth, cordiality, mutual trust and understanding. Our perspectives converge on all major issues of regional and global significance.

The government of Pakistan keenly desires to further deepen this exemplary relationship. Prime Minister Nawaz Sharif chose Turkey to be one of the countries for his first overseas visit after assuming office in June 2013. During his visit to Turkey in September 2013, he co-chaired the High Level Cooperation Council with then Prime Minister Recep Tayyip Erdoğan. The visit by Prime Minister Ahmet Davutoğlu to Pakistan in February 2015 provided another opportunity to the leadership of the two countries to give a strategic focus and direction to the deepening partnership. Prime Minister Davutoğlu and Prime Minister Nawaz Sharif co-chaired the fourth session of the High Level Strategic Cooperation Council at which trade and economic cooperation were high on the agenda. Prime Minister Nawaz Sharif in his statement on the occasion underlined that Pakistan and Turkey were "indispensable partners" working assiduously to promote peace and prosperity for their peoples and the region. He highlighted the significance of the metrobus, wind energy and solid waste management projects as shining examples of growing bilateral collaboration with Turkey. Prime Minister Davutoğlu underscored Turkey's resolve to further enhance closer trade, economic and cultural relations with Pakistan. Eleven memorandums of understanding/agreements and protocols were signed in the fields of trade, scientific cooperation, accreditation, patents, minerals exploration and promotion and protection of investments. The two prime ministers signed a joint declaration on Strengthening Pakistan-Turkey Strategic Relationship. Both countries reaffirmed the commitment to further boost ties in the domains of politics, security and defense, trade and finance, energy, communication and transportation, culture, education and science and agriculture.

As a reflection of the resolve to further expand the bilateral economic relationship, Pakistan and Turkey agreed to commence negotiations on a free trade agreement covering trade in goods, services and investments. The two leaders also agreed on enhancing bilateral trade to $2 billion to $3 billion in the coming years. The Turkey-Pakistan Business Forum, attended by the two prime ministers, resulted in the reaffirmation of their shared commitment to foster a strong economic partnership. The Business Forum also provided an excellent opportunity to the private sectors of the two countries to interface and reinforce efforts for mutually beneficial collaboration in diverse sectors of the economy. At the highest level these endeavors will undoubtedly help the two sides steer the trade, investment and commercial ties toward the realization of shared goals.

Several Turkish companies have ventured into the Pakistani market in recent years and have benefitted from the special facilities and investment opportunities offered by the government. We are sure that Turkish investors and businessmen will participate in the multi-billion dollar projects in the energy and infrastructure sectors including the Dasu hydropower project and others. As the newly appointed ambassador of Pakistan to Ankara, I am keenly looking forward to working closely with Turkish authorities and the private sector to transform this historic relationship into a strong economic partnership. As we celebrate Pakistan Day, I wish to convey my profound gratitude to the people and the government of Turkey for their steadfast support in good as well as challenging times. I also extend my warmest felicitations to my fellow Pakistanis living in Turkey on this special occasion. I conclude by praying for long-lasting friendship and brotherhood between our two peoples.