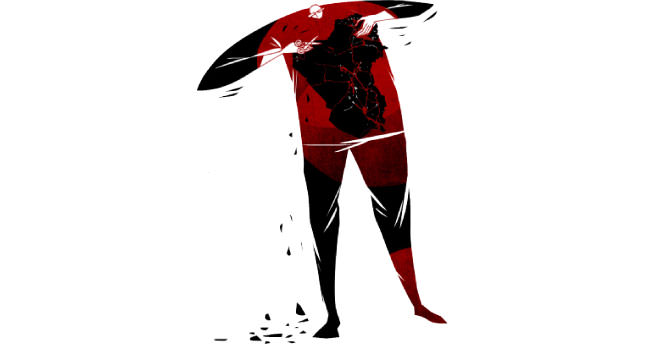 In the aftermath of the U.S. invasion in 2003, Iraq became a hub of insecurity and instability. Today, the country suffers severely from poor economy, sectarian strife and ISIS terrorism and is on the verge of becoming a failed state

Twelve years ago today, the U.S. and its NATO allies launched a disastrous and illegal invasion of the sovereign Republic of Iraq. The invasion, predicated upon false claims, such as the Iraqi leader, former President Saddam Hussein, aiding and abetting al-Qaida terrorists and concealing devastating weapons of mass destruction (WMD) in contravention of various U.N. resolutions, has led to the loss of countless Iraqi lives. These claims were not only found to be false, they were also based on flawed intelligence reports and fabricated documents such as the infamous "dodgy dossier" used by British former Prime Minister Tony Blair to justify his claim that Saddam could launch a WMD strike in 45 minutes. Even worse, the invasion and subsequent occupation also led to the continuation of the Iraqi holocaust that started in 1990 and continues to this day.

An Opinion Research Business (ORB) poll conducted in 2007 estimated that there were over one million deaths between 2003 and 2007. The prestigious British medical journal, The Lancet, conducted a poll that tracked the deaths of Iraqis that were direct results of the war up until June 2006, and concluded that 654,965 Iraqis had lost their lives. These results cover time periods only up until the beginning of the sectarian strife that engulfed Iraq between 2006 and 2008, which saw the actions of al-Qaida terrorists as well as Iran-backed Shiite death squads greatly increase the loss of human life. There are no current or accurate estimations, but in the three years since the invasion, over half a million Iraqis were killed. Twelve years have now elapsed, and the death toll could now easily be several million.This sad reality is further compounded by the environmental and health catastrophe afflicting Iraq today. As a direct result of American munitions, including depleted uranium used in Fallujah and other Iraqi cities, the air and water has been contaminated with radioactive materials. This has tragically seen babies born with numerous congenital birth defects, including severe mutations and cancers, and diminished lifespans. Mothers have also suffered from decreased health care due to a lack of sanitation and prenatal and postnatal care that has affected their likelihood of surviving the entire process from conception to birth. Intriguingly, The Guardian reported in October 2013 that a World Health Organization (WHO) report on cancers, stillbirths and other medical challenges that arose as a direct consequence of the invasion, was being suppressed due to Western political pressure. According to Dr. Keith Bavistock, a retired WHO expert, this pressure eventually led to WHO softening their report when it was released in late 2013.

While environmental and health issues are concerning, they pale in comparison to the effects of the continuing violence largely born from the sectarian policies instituted by the Iraqi government. Rather than democracy and a government that valued human rights, civil freedoms and liberties that the West promised Iraqis, we have instead seen the dignity of normal Iraqi men, women and children abused in unimaginable ways. No-one can forget the aforementioned sectarian civil war, in which thousands of people were being slaughtered each month. Rabidly anti-Sunni sectarian Shiite death squads were abducting and murdering anyone called Omar, Bakr, Othman and Talha - all Sunni names. These militias were largely absorbed into the new Iraqi security forces, legitimized by being granted uniforms and salaries and allowed to escape justice. This can only be compared to how the Zionist Haganah paramilitary organization slaughtered Palestinians en masse in the 1940s, only to be renamed as the Israeli Defense Force and absorbed into the state.

Similarly, al-Qaida and its affiliates targeted Shiite neighborhoods as well as Sunnis who would not toe the line, making heavy use of suicide bombings to further throw Iraq into turmoil and divide society across sectarian lines. Al-Qaeda's attacks were seemingly designed to frighten the common Shiite Iraqi citizen into believing that Sunnis posed an existential threat to them and, therefore, pushed them into the waiting and open arms of Iran, who constantly grandstand as the protectors of the international Shiite community. This is supported by the fact that Wikileaks exposed strong Iranian links to al-Qaida in October 2010 that suggested that Iran was supplying al-Qaida militants with new kinds of explosives to be employed in suicide bombings. Iran is pragmatic about which groups it works with, as can be seen from the infamous Iran-Contra scandal, whereby Israel helped to arm Iran during the Iran-Iraq War in the 1980s. All the while, Ayatollah Ruhollah Khomeini was vowing to destroy Israel.

So how does the West justify all of this violence, death and destruction that it introduced into Iraq and the wider Middle East? Arguably, without the Iraq war, there would have been no threat posed by the Islamic State of Iraq and al-Sham (ISIS) today. As I wrote in two Daily Sabah special reports on the terrorist group in April 2014, the sectarian policies enacted by the government of former Prime Minister Nouri al-Maliki created the perfect environment for ISIS to reassert itself in Iraq following its earlier defeat in 2008 by Iraq's Sunni Arabs. Rather than reducing sectarian tensions, the Maliki government was happy to use Sunnis to defeat these terrorists, but then turned on them as soon as the threat subsided. Now, the West is actively involved in military operations in Iraq once more, this time using ISIS as an excuse. What is truly sad, is that the U.S. and its allies accept no responsibility for the creation of such extremism in Iraq.

The British market research company YouGov revealed in 2013 that 53 percent of Britons think that the Iraq war was wrong, and almost a quarter believed that Blair should be tried as a war criminal for his role in the invasion and subsequent mass murder of Iraqis. Although millions of people believe Blair should face justice for his crimes, he and U.S. former President George W. Bush will now live out their days enjoying the riches they have accumulated and, in Blair's case, ironically acting as the envoy for the Quartet on the Middle East, consisting of the U.S., Russia, EU, and U.N., while Iraq continues to bleed profusely with no hope of the hemorrhaging being stemmed. This kind of Western hypocrisy regarding Iraq is nothing new. After all, when then U.S. Secretary of State Madeleine Albright was asked in a CBS News interview in May 1996 whether the deaths of half a million Iraqi children due to sanctions up until that point had been worth it, she callously responded: "We think the price is worth it."Half a million children between 1991 and 1996, untold millions more up until the invasion in 2003 and millions more dead between 2003 and 2015. Just because it did not happen in concentration camps in Nazi Germany, and just because the victims are Muslim and not Jewish, does nothing to reduce the reality of the Iraqi holocaust. The international community must address the ongoing bloodletting in Iraq with solutions that do not just involve military force. The criminals responsible for the Iraqi holocaust must be tried and brought to justice, whether regional or Western, reparation payments must be paid to Iraq for the loss and damage sustained to its cities, priceless artifacts and cultural history and an international peacekeeping force with the full involvement of Iraqis of all sects and ethnicities must be organized in order to establish the necessary security for a government to be formed. Anything less than this is at best ignorance of one of the greatest crimes of the last century, and at worst, willful participation in the Iraqi holocaust.
Last Update: Mar 24, 2015 1:37 am
RELATED TOPICS