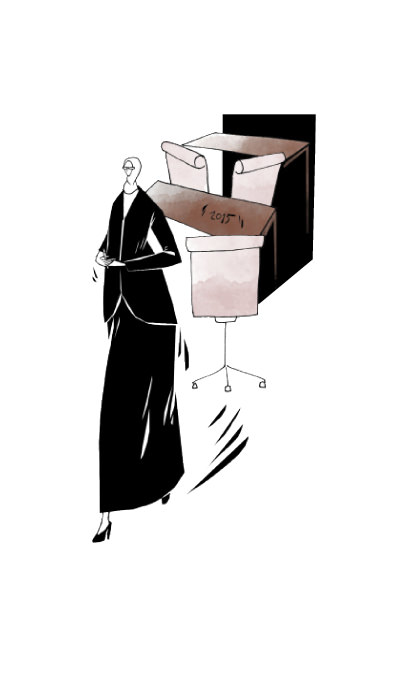 The fact that people are no longer judged based on religious beliefs, ethnicity or gender is estimable considering the ruthless attack on Merve Kavakçı 16 years ago

The 16th anniversary of the unforgettable scene of Merve Kavakçı's public, humiliating, and misogynistic lynching in Parliament at the hands of predominantly male, opposition parliamentarians was marked on May 2.

Merve Kavakçı's crime was not being elected to Parliament. Her "crime" instead was that she was elected to Parliament while wearing the headscarf. The headscarf is worn by observant Muslim women in compliance with the religiously mandated code of modesty. Merve Kavakçı was booed and jeered out of Parliament because she dared to adhere to her religious beliefs and simultaneously participate in the political sphere.

Sixteen years ago today, Turkish women, and the world at large, witnessed a frenzy of misogynistic, insulting, unethical, inhumane, oppressive, abusive and unacceptable behavior on the part of the predominantly male opposition parliamentarians.

Kavakçı was the first woman wearing a headscarf to be elected into Parliament on the slate of the Fazilet Party. As Kavakçı walked into Parliament to take her oath in the official swearing-in ceremony and commence her duty, just like any other rightful member of Parliament, she was subjected to a torrent of abuse that was carried live across the entire country by all major media networks.

The reactions of then Prime Minister Bülent Ecevit and other members of Parliament were appalling and unforgivable. Like a frenzied lynch mob in, they yelled, booed, clapped, protested and ultimately prevented Kavakçı from taking her oath and assuming office. Kavakçı was literally forced to leave Parliament.

The scene continues to haunt the scarred collective memory of the entire nation.

Any normal human being with a modicum of decency and respect, irrespective of belief, background or political ideology, would cringe at the sight of all those men - unfortunately there were women as well, but the vast majority were men - from different political parties bullying and harassing Kavakçı.

What was her crime?

Her crime was simply being a woman who chose to adhere to her belief system and participate in civic life.

The "secular" and self-appointed elite of Turkey, functioning very much like a petite bourgeoisie, could not accept and tolerate "the other" – the inferior "other" in this case were women wearing headscarves, who did not deserve to be accorded any of the basic human rights that others took for granted.

Outside of Parliament, many other young women and girls had to make sacrifices, choosing to either remove their headscarf in order to be admitted to high-school or university or giving up on their education altogether in order to stay true to their religious beliefs.

Either choice psychologically scarred the victims , with the guilt ever-present.

Many girls and young women were forced to give up on their headscarf in order to continue their education in high school or university because of so-called "secular" laws (which were actually little more than misogynistic laws) that were strictly enforced in a nation where, ironically, the majority of the population self-identified as Muslim.

Professors, academics, teachers, school principals and many other educated and "cultured" individuals, along with policemen and security guards, all played their part in preventing girls and young women with headscarves from accessing their basic right to an education in schools and universities across Turkey.

Those girls and young women who decided that they wanted to practice their religious beliefs, at the cost of foregoing a high school or university degree, ended up getting married at a much younger age than they otherwise would have and were thus viewed as "less educated" and "less respected" by society at large due to their lack of a formal degree.

Ironically, these same young women who were denied their right to an education by a militantly "secular" ideological strain were subsequently subjected to ridicule and mistreatment by those same "secular" quarters of society due to their perceived "ignorance" based on the lack of a high school or university degree.

These women were victimized twice; they were first denied their right to an education, and then they were subsequently prevented from having a "say in society" due to their lack of a formal education.

Many girls and young women who chose to wear a headscarf because of their religious convictions suffered a lot in Turkey. Merve Kavakçı remains a collective symbol for many girls and women in Turkey.

The vicious and unwarranted attack on Kavakçı's appearance, choice of clothing, honor and dignity was an attack not just on Kavakçı, but in reality it was an attack on the dignity of all women, and in fact, on all of humanity.

Kavakçı will continue to remain a heroine for girls and women for choosing to stand up for her rights. It is through the suffering of Kavakçı and numerous others, that the politics and laws of Turkey have evolved to minimize discrimination based on religious beliefs in Turkey.

I am grateful for the positive change and remain hopeful that newly elected women with (and without) headscarves will enter Parliament following the upcoming national elections. The important thing is that people are given a fair go, based on merit, without being judged based on appearance, religious beliefs, ethnicity or gender.
Last Update: May 18, 2015 9:31 am
RELATED TOPICS