Why does the US want to arm Sunnis and Kurds in Iraq? 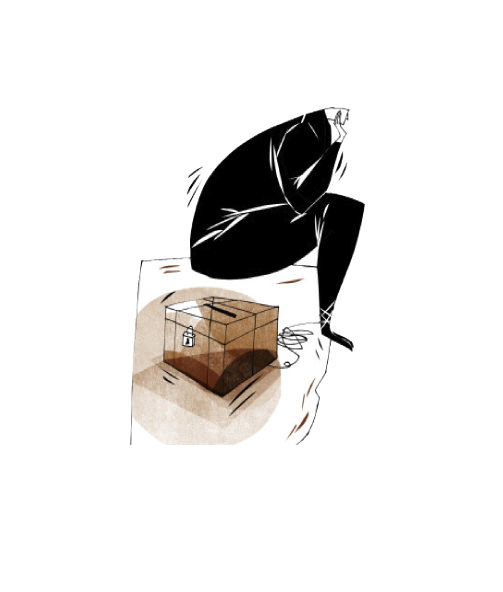 So far, the U.S. along with the Iraqi government has failed to establish stability and security in the country mostly due to its sectarian policies. It may be time for the U.S. to consider different approaches in order to deal with Iraq's never ending problems

In the past week, the issue of the division of Iraq into three regions and Kurdish independence has arisen once more. This is due to a resolution adopted by the House Armed Services Committee in the U.S. House of Representatives. The resolution calls for Iraqi Kurds and Sunnis to be deemed a "country" to comply with U.S. laws on direct military aid. A provision of the 2016 National Defense Authorization Act (NDAA) asks that 25 percent of the budget to Iraq be directly delivered to Kurdish and Sunni forces. This is a Republican version for the amount of U.S. military aid to be given to each community within Iraq in the 2016 budget. The three communities of Iraqi society have reacted in totally different ways, a further indication that Iraq is, to all intents and purposes, divided, and U.S. efforts to reconcile the three communities have reached a dead end.

In Iraq, some Sunnis welcomed the proposal. Dhafar al-Aani, a Sunni politician, said that the Americans should give direct aid to the Sunnis because the Iraqi government is unwilling to do so. But arming the Sunnis directly is opposed by the Shiite majority, which consider it to be a violation of Iraq's sovereignty and could help fuel sectarian violence. In a statement, Prime Minister Haider al-Abadi of Iraq said: "Any arming will only be done through the Iraqi government," and added that if the U.S. proposal becomes law, it would lead to "more divisions" between Iraq and the U.S. The news of the proposed bill infuriated Shiite communities and some, like Muqtada al-Sadr, declared his readiness to reactivate his Mahdi Army to attack U.S. interest in Iraq and elsewhere if the bill becomes law. This division became more apparent when the issue was addressed in Iraqi parliament. Although it has passed a resolution to reject the proposed U.S. bill, all Sunni and Kurdish members have gone out to protest the Shiite-proposed resolution. The resolution was passed with a narrow majority, an alarming precedent considering that Iraq has proved in the past it can only function as a state if major decisions are made with the consensus of the three communities.

The administration of U.S. President Barack Obama has tried to distance itself from the proposed bill, "U.S. policy toward Iraq has not changed," read a statement issued by the U.S. Embassy in Baghdad to the Iraqi news media. "We support a unified Iraq. All of our military assistance and equipment deliveries are provided through the government of Iraq and the Iraqi security forces." Noting that the plan is a draft and not a law, the statement concluded: "U.S. foreign policy is determined by the president."

Of course Iraqis know little about this division of power in the U.S., and having historically witnessed Western interference, the bill will further polarize divisions in Iraqi society. It has served to further alienate the Shiite community from the U.S. government and strengthens Iranian influence in the country. The fear of Iraqi Shiites was furthered by a recent article in Time magazine, which is close to the White House, under the title "The End of Iraq." It has detailed maps that show Baghdad within a Sunni Arab state, and Kirkuk and the Kurdish regions of Syria are placed inside a Kurdish state.

The visit by Masoud Barzani, the president of the Kurdistan Regional Government (KRG), to Washington has added more fuel to the fire, which the proposed House bill has created. Facing a tremendous amount of pressure at home to give up his already extended second term as president of the region, Barzani has tried to use his visit to the U.S. to increase his popularity at home. Prior to the trip, senior Kurdish politician Fuad Hussein said self-determination is of crucial importance to the KRG, and that determining the stance of the U.S. administration would be the delegation's primary objective. Barzani told the ailing Patriotic Union of Kurdistan (PUK) leader, Jalal Talabani, in Sulaymaniyah: "If Baghdad's only option for Kurds is just to send us some salaries every now and then, well I think we can do better than that by ourselves." He said: "We will talk about this issue with the Americans."

Barzani used his trip to sound out the Americans on their stand on Kurdish independence. He told the audience at the Atlantic Council forum in Washington that Kurdistan's independence is coming and it is certain. "It has been delayed because of Kurds' preoccupation with the war against ISIS [the Islamic State of Iraq and al-Sham]," he said.

The U.S. administration tried to assure the Iraqis that Barzani's trip to the U.S. was mainly for consultations regarding the implementation of the U.S. strategy to defeat ISIS. U.S. Vice President Joe Biden called Baghdad to assure Abadi that the U.S. is committed to a unified Iraq. A White House press release after the meeting with Barzani said: "President Obama and Vice President Biden reaffirmed the United States' strong and continued support to the Iraqi Kurdistan Region and the Kurdish people. They also reaffirmed the United States' enduring commitment under the Strategic Framework Agreement to a united, federal, and democratic Iraq, as defined in the Iraqi constitution." U.S. Secretary of Defense Ashton Carter added: "I understand that some on Capitol Hill would like to bypass the Iraqi government and directly arm the Kurds and some Iraqi tribes."

However, sources close to the KRG in Irbil do confirm that the U.S. has already begun arming Kurds and Sunnis through intermediaries. This is due to the fact that it has recognized that the Iranian influence in Baghdad would prevent Abadi from re-building the Iraqi regular army and arming the Kurds. Since the fall of Tikrit held by ISIS last March to Shiite militias, and the subsequent looting and burning of this uninhabited Sunni Arab town of 500,000, the course of events in Iraq point to the imminent meltdown of Iraq as a state. The issues that have hastened the process toward the edge of a cliff are many. The Shiite opposition to a controversial U.S.-supported law for the formation of a national guard and the refusal to let Sunni populations return to their homes after the expulsion of ISIS forces by Iranian-backed Iraqi militias are only a few of these.

In spite of many statements to the contrary, Tehran seems to be intent on replicating its experiment in Iraq. It has founded several militias in Iraq that are loyal to it. These are the Mahdi Army, Badr Brigade forces, Asaib Ahl al-Haq and Hezbollah in Iraq. These militias are around a 60-strong force that is still controlled by Nouri al-Maliki, the former Iraqi prime minister, and it is well-armed and financed by Iran and fashioned according to Basij and the Iranian Revolutionary Guard and Lebanese Hezbollah. For these reasons, the proposed bill to directly arm Kurds and Sunni Arabs will have a chance to see light in Iraq because it is a realistic reading of the facts on the ground. If the Obama administration ignores the bill, the efforts to expel ISIS from Anbar and Mosul will be stalled. Obama and Abadi need serious revision of their policy in Iraq. To do this they may have to resort eventually to the Republican approach in dealing with the situation in Iraq.
RELATED TOPICS