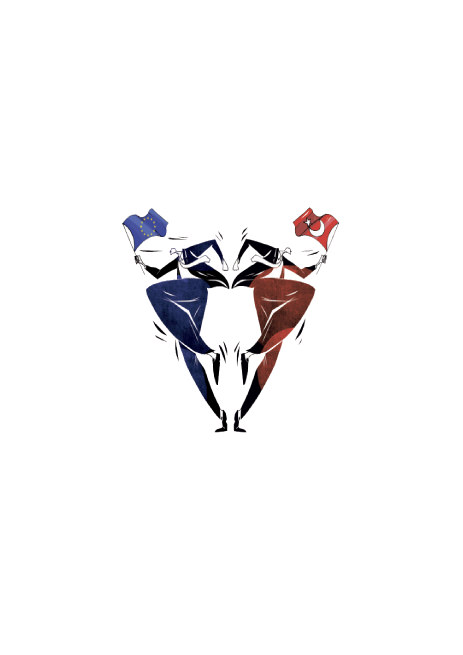 With the introduction of several democratic and political reforms in the last 13 years, Turkey is becoming closely involved with the structures of European multi-level governance and its actors at various levels, from international and supranational

From the mid-1990s, which were characterized by the incompetency of supranational administrative structures in Europe, the concept of multi-level governance has increasingly been used to come up with a solution to the governance crisis in the EU. More and more scholars from various areas of interest such as international relations, political science and administrative and organizational theory have started to place the spotlight on the EU as a system of multi-level governance in a bid to define and better understand its evolving nature. From this perspective, the EU is conceptualized as a system of continual negotiations among intertwined governance layers scattered across the supranational, national, regional and local structures with political, administrative, representative judicial or supervisory capabilities. In this context, one should also take note of the key role played by international organizations and nongovernmental actors. As far as the EU is concerned, the concept of multilevel governance means that no power can monopolize decision-making procedures, but rather competencies, practices and processes relating to decision making display a decentralized and diffused outlook among various decision-making levels such as the supranational, national, subnational, local and regional areas. Also, as indicated above, international organizations and nongovernmental actors hold considerable leverage over issues going through the decision-making process and become closely involved in the processes whereby decisions are made at different levels of governance.

One of the leading players in European multilevel governance is the Council of Europe (CoE). The Strasbourg-based international organization was established in 1949 following World War II as part of efforts to ensure permanent peace in Europe. Turkey is among the founding members of the CoE, which has 47 member states of which 28 are members of the EU. In other words, all EU member states are also members of the CoE, which covers the entire continent representing over 800 million people. Undertaking the mission of promoting and protecting democracy, human rights and the rule of law in Europe, the main part of the CoE's work is to produce legally binding norms and to create effective supervision mechanisms for guaranteeing their application as stressed by Turkey's permanent representative to the CoE, Erdoğan İşcan, who hosted a reception in honor of participating Turkish and German delegates as part of the 28th session of the Congress of Local and Regional Authorities, one of the key bodies of the CoE, held in late March.

Turkey is one of three outstanding actors in the CoE along with the EU and the Russian Federation. According to information given by İşcan, Turkey has so far ratified nearly half of the CoE's 217 conventions and will accelerate the ratification process of more than 30 conventions pending parliamentary approval. With these conventions being approved by Parliament, Turkey will have become party to two-thirds of the conventions introduced by the CoE. Thanks to its growing economy and strong political will, Turkey is determined to remain an influential actor in the CoE. To this end, it launched an initiative to become one of the major contributors to the CoE budget. At present, five countries - Britain, France, Germany, Italy and the Russian Federation - enjoy the major contributor title, and Turkey aims to become the sixth country having that status with the 2016 CoE budget. If that happens, Turkey's annual contribution to the CoE budget will rise from more than 13 million euros this year to over 33 million euros next year, more than doubling the current figure. Turkey is also taking steps to raise the number of members in its national delegation in the Parliamentary Assembly of the Council of Europe (PACE) as well as to make Turkish one of the working languages in a bid to strengthen its contribution to the work of the CoE's parliamentary flank.

In recent news, the CoE is set to accept Turkey's demand for an increase in the number of its delegates, from 12 to 18, in PACE, recognizing Turkish as its official language. The Regulation Commission of PACE expressed a positive opinion over Turkey's requests, and the Council of Ministers, the decision-making body of the Council, is expected to approve the budget required for making Turkey an official language of PACE. When Turkish becomes an official language of PACE, simultaneous translation will be provided during each plenary session, minutes of those sessions will also be published in Turkish and Turkish delegates will be able to make their speeches in Turkish during the sessions. With more Turkish delegates at PACE, Turkey will also have a permanent vice president post at the helm and the Turkish delegation will have a stronger say in various issue-based commissions of PACE, which will also appoint more Turkish rapporteurs. PACE appoints its rapporteurs from among its members to prepare reports on various issues within its area of interest. Turkey's first application in 1992 for more seats was turned down. It should be mentioned here that successive Justice and Development Party (AK Party) governments over the last decade have earned Turkey a stronger presence and visibility in key international organizations including PACE. Thanks to major strides in democratic reforms as part of the country's EU accession process since 2002, as well as with the help of its growing economic and diplomatic clout on the global stage, a Turkish deputy, Mevlüt Çavuşoğlu, now foreign minister, was elected president of PACE in 2010 and presided until 2012. He was given much credit because of his successful track record at the helm, making it more visible, innovative and a more influential international organization capable of adapting to the ever-changing landscape of international relations.

Introducing major democratic and political reforms in the last 13 years, Turkey has come a significant distance in terms of protecting human rights as laid down by the European Convention on Human Rights. Through its "zero tolerance for torture" policy in the mentioned period, Turkey now sets one of the best examples in Europe regarding the elimination of torture and ill-treatment. In the words of İşcan, the CoE and the convention promote a system that strikes a balance between protection of rights and public order and security. Of course, human rights take precedence over other matters and form the basis. Restrictions must be limited to requisiteness in a democratic society and be determined by law. In accordance with the standards touted by the CoE and the verdicts given by the ECtHR, Turkey has taken important steps to introduce the necessary mechanisms of domestic law like restitution commissions and the right to individual application to the Constitutional Court. That is why the number of lawsuits filed at the ECtHR against Turkey is continually decreasing. Hand in hand with this decrease in number, the quality of lawsuits is improving, meaning that Turkey, to a large extent, is no longer subject to charges concerning the second and third articles of the convention. However, further reform efforts are needed to avert the increase in the number of lawsuits filed invoking articles 10 and 11 of the convention.

In conclusion, I would like to underline the importance of Turkey becoming closely involved with the structures of European multi-level governance and its actors at various levels, from international and supranational to regional and local. There seems to be a mutually-supportive relationship between Turkey and European multi-level governance. That is to say, Turkey's sustained reform efforts at home as part of its EU accession process pave the way for the country's stronger engagement with the bodies of European multi-level governance like the CoE on the one hand, and on the other, stronger engagement with European multi-level governance help Turkey keep its reform efforts alive. To put it another way, unwavering political stability, economic growth and reform processes will bolster Turkey's involvement in European multi-level governance and further engagement with European governance structures will help the country keep its reform and development process on track. Accordingly, there is an important correlation between Turkey's stronger engagement with the CoE and its EU accession process. Of course, stronger engagement with European governance is not a substitution for Turkey's EU accession process, but is rather, on the contrary, complementary to it. Despite all the troubling ups and downs that have been occurring for some time now in the negotiation process, Turkey continues to see its EU accession bid from a strategic perspective and as an indispensable part of the New Turkey vision as highlighted by President Recep Tayyip Erdoğan at a recent meeting marking the 50th anniversary of Turkey-EU relations, which was held on May 9, Europe Day, in Istanbul. Undertaking an overall evaluation of Turkey-EU relations and the place of the EU accession bid in the vision of New Turkey in light of Erdoğan's words at that meeting, deserves another article. I would like to write about this vital matter once the hectic campaigning in the run-up to the general elections on June 7 is over. I hope the coming elections will lead our country towards a stronger democracy and greater prosperity retaining the hard-earned political stability of the last decade, which is key to steady democratic reform and economic growth.