This is not an election car 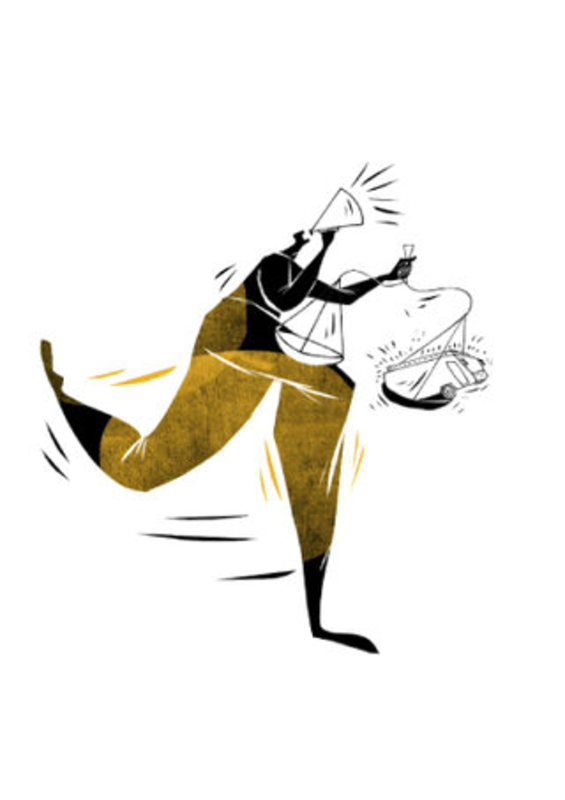 Sometimes people in Turkey fail to appreciate the country's atmosphere and culture of democracy. These kinds of things may be better appreciated when we think about how Syrians yearn for democracy and how much they would give for peace

I get really angry when my friends are irritated by the sound of the music coming from the election cars that cruise around the streets during the campaign period. Do you know what the sounds coming from election cars mean to me? The noise and the music you do not like is the voice of democracy. I would give my all to see only one such election in my own country, said a young man who burst into tears. He was a Syrian in his 30s who is a computer engineer, highly educated and from a higher socio-economic class who had to take refuge in Turkey after the Syrian civil war broke out.

Being a refugee does not only mean immigration. Being a refugee means seeking asylum in another land, not out of personal choice or demand, but because their lives and those of their loved ones are not guaranteed in their own country. Refugees have to start new lives in a place where different rules, different people and different cultures exist. For many people, this means starting over from scratch. Even though you belong to the same religion, sect or ethnicity, living together will not be as easy as assumed. Most of the time different cultures that change according to location, history or other factors make it hard to live together even for the people belonging to the same religion or sect.

Nevertheless, for a nation who fled from a war, even daily practices and monotony start to have different meanings than they normally indicate. For instance, fireworks, which are generally set off for fun and are associated with happy moments, can seem like of a new airstrike for children who fled from war. Fireworks do not tell them to have fun or be cheerful, but instead to hide and survive. Or when a mother goes out to buy bread and is late returning home, the first thing that comes to mind is not the possibility that that she might have dropped by a neighbor's for a coffee, but the that she could have been shot by militants. In other words, all symbols start to lose their sense in the face of war and adopt new connotations that could only be understood by those who witnessed war.

Likewise, casting ballots on election day is the greatest symbol for an ordinary citizen indicating that their existence and ideas have importance. On the other hand, the same act means becoming invisible on the streets and avoiding making their presence felt for a refugee. Because the presence of a refugee can create an impression that ballots are unrightfully cast for others who do not approve of the refugees living in the region. That is to say, they should be invisible in society that day, should not be seen around and prevent rumors. While the citizens of the country think, "I am present and I am a candidate to change something by displaying my choice," refugees avoid becoming visible in order not to create any problems and avoid giving an impression that they have an influence in the elections.

The action of waiting generally means the coming appearance of something or somebody that is loved or hoping for a good thing to come true. But for many people in refugee camps it means finding human dignity again, the recognition of their presence and maintaining their lives just like ordinary people. Living physically would mean being able to believe that life goes on in a new land. This wait can continue for years sometimes. Being a refugee means turning into people who are not allowed to even practice their professions, waiting in closed spaces and counting the days for weeks or months to be accepted in a new country.

Maybe the worst part is being a child. Being a child means living recklessly without thinking about the future, without being involved in the world covered with wars and ambitions of adults, unless you are a refugee and you flee from a war, of course. The children who were injured or became disabled while fleeing from war begin life at a great loss. Some lucky ones could get away from war without any physical harm. But their chance to act and grow like a child is also taken from them. They have to grow up as children who escaped war in their country, waiting in lines to be accepted by the country they head to and grow up as others in society most of the time. Being a child refugee actually means taking the road with childhood stolen from you.

And universal human rights. While protection of our rights is the right to life, this right turns into a concept under the control of others for refugees because your state waived your human rights and forced you to migrate to another country and even your right to defend your rights are revoked. This means other people's setting aside their own little interests and priorities and caring about you, striving for you and trying to give you a right to exist as a human being. In other words, the rights that you are required to have are patronized and granted by others.

While they have a close brush with death at any moment in their own country, they are required to take every step with caution after being refugees since they are not yet fully integrated in their new countries. Most of the time, being a refugee means trying to survive, always cautiously, without knowing who or what one should avoid.

Friends, foes and identitiesThe causes and effects of many behaviors learned through life do not always mean the same for everyone. Particularly for people who witnessed a war, a high-pitched sound or even a trivial dispute might mean facing having to flee again. Today, the atmosphere in Turkey sets a good example to observe the experiences of Syrian refugees who try to overcome the trauma the war has created for them. We have among us a community that comprises millions of people who try to be accepted on a temporary basis or try to have a new county in order to survive. On the other hand, Turkish citizens who have difficulty accepting refugees cannot easily grasp the state of being a refugee since they have not had such an experience. Feelings of uncertainty, confusion and insecurity started to prevail among both Syrians who try to change their position from temporary guests to refugees and Turkish citizens who do not know what this will bring to their country.

For both groups, the greatest problem Turkey is confronted with today is this state of uncertainty. After appeasing hunger and quenching thirst, the next thing a person needs to survive is safety. Feeling secure and not worrying about one's own life is one of humans' fundamental needs.

For a refugee, Turkey is a powerful country since it achieved to avoid being involved in the war even though it was forced by other countries, and it opened its doors to people fleeing from the war. This power also means safety to them. They chose to take refuge and live in this powerful country, feeling safe about their lives, after escaping the dictatorial regime in their country. For them, this power means the power to hold on to life and continue living.

European countries force people to linger in intermediary institutions for years with unending procedures to accept refugees, although they are said to be much more powerful. We see a Turkey, however, that opens its doors to refugees even though it does not have a refugee law, which means Turkey would act as their protector.

The war broke out with a great otherization. The dictator, President Bashar Assad's struggle to maintain his own rule, transformed into a sectarian war between Sunnis and Shiites, and after that it evolved into a sectarian and ethnicity-based war such as the fight between Sunnis and Yazidis. And some time later, Kurds started to kill each other without being aware of it. The course of the war changed with the Islamic State of Iraq and al-Sham (ISIS), which emerged without anyone's notice. The people there only became tools that were sacrificed on a war field created by others without knowing who was fighting whom and why they were fighting. Actually, just like many acts and behaviors that lost the sense they make in daily life, the belonging to a certain religion or ethnicity also lost its importance. There is a war, and belonging or being pushed to one side is enough to maintain the war. The friendships or hostilities that were created through common or diverging ethnicities or sects for years were suddenly subverted with the emergence of different interests. It seemed like all identities were fictitiously created and shaped to be subverted today. Yesterday's enemies turned into today's friends and vice versa. This was one of the greatest examples of how identities and symbols can adopt different meanings in different situations at any time. Within a few months, all the different ethnicities and sects either mingled or became more diverse even though they had coexisted without trouble until recently.

For this reason, it should be revised whether given identities, priorities or belongings are used to know and define ourselves or used to otherize and develop hostilities for each other. Mostly, the identities or belongings that are shaped through interests can vary according to the situation. Or some features of your identity that have not yet been realized, can suddenly turn into the reasons to kill or die. The actors in the war who are constantly changing identities in Syria, and Kurds who kill each other in Diyarbakır, are the best examples of this situation. While our belongings and identities bear importance in representing our own presence, their connotations of hostility and war only emerge in certain conditions and times, and as can be seen, they can win or lose meanings accordingly. In the hope of ending deaths and tragedies, in the hope of the times when we can see election buses on Syrian streets.
Last Update: May 20, 2015 10:32 pm
RELATED TOPICS