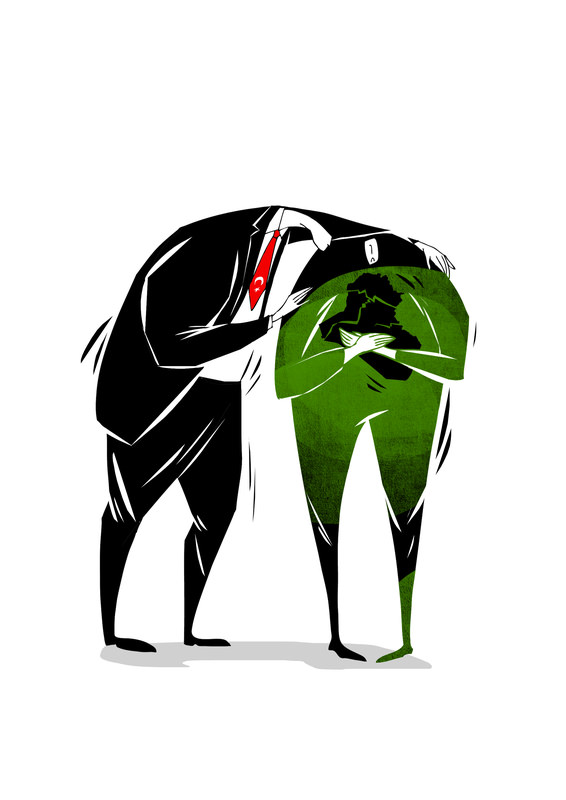 With the current situation of Iraq in sight, it is not hard to see thatthe KRG is gradually advancing toward independence and that both the U.S. and Turkey should strongly support the KRG's independence as the best way to contribute to peace and security in the region

On May 4, 2015, Kurdistan Regional Government (KRG) President Masoud Barzani met with U.S. President Barack Obama and Vice President Joe Biden in the White House to discuss continuing U.S. support for the KRG and Baghdad in the struggle against the Islamic State of Iraq and al-Sham (ISIS). Many also believe that Barzani sought U.S. support for early Kurdish independence. If so, then Barzani came away disappointed, as the U.S. continues to believe that a united Iraq is the best option.

Nevertheless, the KRG currently has many of the trappings of an independent state: its own president, prime minister and parliament; its own flag and national anthem; its own army that even prevents Baghdad's army from entering the Kurdish region; its own international airports and educational system in which few even bother to learn Arabic anymore, and even its own stamp entered into the passports of visitors. Although many wondered what would happen to the KRG once the remaining U.S. troops were withdrawn from Iraq at the end of 2011, the Kurds have managed to survive and even grow stronger, despite the existential threat ISIS presents. For more than 10 years, the Irbil and the Baghdad governments have been locked in a bitter on-again-off-again verbal struggle over the situation. During a tense meeting in Baghdad in November 2008, for example, Barzani told the-then Iraqi Prime Minister Nouri al-Maliki, "You smell like a dictator," and also declared that the Iraqi prime minister was "playing with fire." The two sides have even come close to fighting on several subsequent occasions. Although Baghdad has attempted to reassert centralized rule, fortunately for the Kurds, it has been too weak to do so. Thus, as of mid-2015, Baghdad and the KRG have managed to continue to muddle through amid their perilous surroundings.

Most observers feel that premature Kurdish independence that would be perceived as destroying Iraq would be opposed by not only the U.S., but all the KRG's regional neighbors. What is more, the KRG continued to enjoy in federal Iraq most of the advantages of independence without its disadvantages. It would be far better for the Iraqi Kurds to be seen as doing their utmost to keep Iraq united. Only if the Kurds' best efforts failed and Iraq still disintegrated would the Kurds then be seen as having had independence forced upon them and, therefore, justified. In June 2014, just this situation initially seemed to arise when ISIS - a violent Sunni organization that is so extreme that even al-Qaida disowned it - suddenly captured Mosul, the second largest city in Iraq and proclaimed itself a new caliphate called the Islamic State (IS). With the rout of Baghdad's now mostly Shiite armies in the north, the KRG quickly occupied Kirkuk and other disputed territories, and thus seemingly moved to the brink of independence. Although the Sunni jihadi ISIS group already has held large swaths of western Iraq and eastern Syria for some time, its latest conquest moved Iraq close to a tripartite division among Shiites, Sunnis and Kurds, once ironically recommended by U.S. Vice President Joe Biden, as ISIS was able to appeal to Iraqi Sunnis so alienated by Maliki's pro-Shiite sectarianism. Indeed, Barzani declared that he would propose a referendum calling for formal independence sometime in the autumn of 2014, a proposal soon put aside when ISIS attacked the KRG in August 2014.

Thus, patience and astute diplomacy remained the main buzz words, and Barzani has proven very able in implementing them. Despite Iraq's apparent division into three separate de facto entities as of the beginning of September 2014, the KRG did not declare formal independence for all the reasons already broached above. Indeed, due to Baghdad's precarious position, Maliki was forced from office in August 2014 and succeeded by Haider al-Abadi in an attempt to form a more conclusive government that would prelude Iraq's collapse by including Sunnis as well as Kurds. On July 24, 2014, for example, Iraqi parliament elected Fuad Masum, a longtime Kurdish politician, as the new president of Iraq to succeed the ailing Jalal Talabani.

Moreover, on August 3, 2014, ISIS suddenly attacked the KRG and quickly captured the largely Yazidi-inhabited city of Sinjar (Shingal in Kurdish), from which KRG forces quickly fled. Although they adhere to a pre-Islamic religion, most scholars agree that Yazidis are ethnically Kurdish. To the horror of the KRG, ISIS then even drove within 20 miles of Irbil, the KRG capital, before U.S. air power and limited military equipment aid enabled the KRG, along with considerable man- and even some women-power help from the PKK and its Syrian affiliate Democratic Union Party (PYD) - both longtime Kurdish opponents of the KRG - to drive ISIS back. Some troops from Baghdad also supported the effort against ISIS.

However, the KRG's failure to stem these initial attacks and sudden uncertainty about its immediate future called into question the wisdom of seeking early independence. On the other hand, in the long run, the ISIS attack and subsequent rollback may contribute to greater pan-Kurdish unity, as illustrated by the PKK and KRG cooperation against ISIS. Subsequently, Baghdad's modest success in rolling back ISIS from Tikrit - but with help from Iran as well as the U.S. - has temporarily staunched talk of early independence for the KRG. Nevertheless, eventual KRG independence remains likely, and sooner rather than later, because Iraq remains an artificial creation kept together largely by the U.S. belief that to do so is the best way to preserve stability and peace in the Middle East. Eventually, the U.S. will have to admit that this policy is incorrect. Once this occurs, KRG independence will follow quickly. When this happens, the West, and particularly the U.S. as well as Turkey, should strongly support KRG independence as the best way to contribute to peace and security in the precarious region. Even so, of course, the Kurdish problem will remain in war-torn Syria as well as Turkey and even Iran, where it is currently quiescent.
Last Update: May 22, 2015 11:44 pm
RELATED TOPICS