A fine line between freedom of the press and exploitation 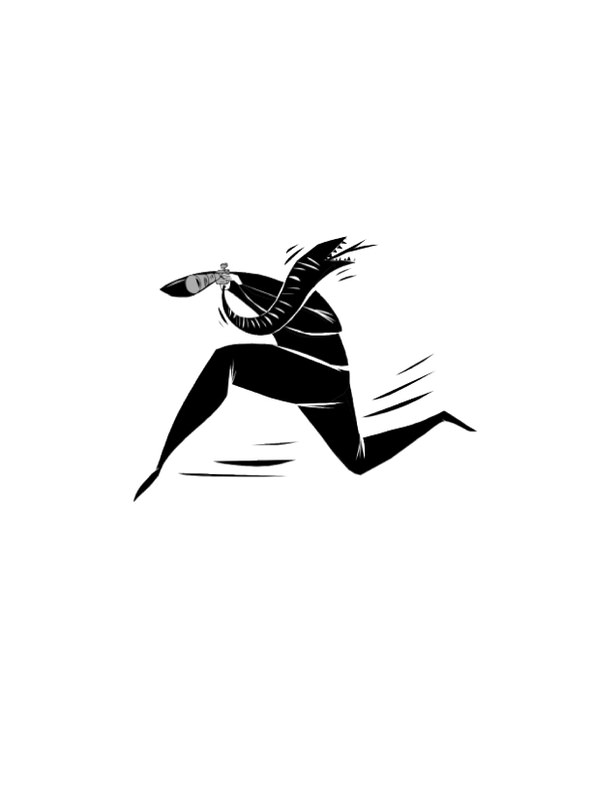 Freedom of the press is of paramount value for democratic societies and it is strongly protected by the constitution in Turkey. But this issue becomes controversial in the country every time media outlets begiun to launch systematic lynching campaigns

Rule of law, freedom of expression, freedom of choice, mutual respect and tolerance of others are the indispensables of welfare states where tolerance and equality aim to prevail. Effective legal and practical frameworks are in place in these countries to reinforce and preserve those values. Discrimination is not tolerated on paper or through education starting with primary school. In other words, welfare societies are taught about diversity and equality, and as such, people are not alien to the idea of living together and are aware that everyone is entitled to respect and tolerate. Abusing such terms in order to reach personal interests leads intolerance within society, as these are terms that cannot to lose significance for a society where human dignity is paramount. No one is privileged to violate these values regardless of their status, wealth or power.

The phone-hacking scandal in the U.K. that involved the U.K.-based media outlets of Rupert Murdoch was significant in outlining that the press also has to stay within the boundaries to not infringe on people's liberties, privacy or rights. The rigorous public inquiry, known as the Leveson Inquiry, announced by Prime Minister David Cameron in 2011, investigated all the accusations, including phone hacking, which involved members of the British royal family, police bribery and using improper influence in the pursuit of stories. As part of the investigation, Murdoch and his son, James Murdoch, were summoned to the parliament select committee to give evidence. On May 1, 2012, the parliamentary report concluded that Murdoch "exhibited willful blindness to what was going on in his companies and publications," and stated that he was "not a fit person to exercise the stewardship of a major international company." The scandal faced massive boycotts by advertisers, which resulted in the closure of the News of the World in 2011 after 168 years of publication. Subsequently, four ex-journalists – among them the former News of the World editor, Andy Coulson – were imprisoned.

Well, the Turkish newspaper, daily Hurriyet, and its owner, Aydin Doğan has been facing this accusation after Hurriyet published former Egyptian President Mohammed Morsi's recent death sentence with a photograph of President Recep Tayyip Erdogan and the following story: "Death Sentence for the president who received 52 percent of the vote." This incited massive fury in society because of the belief that Erdoğan was implied in the story. Coincidentally, Erdoğan was also elected with 52 percent of the vote, and although the story was about Morsi, Erdoğan's picture was featured in the story. Due to the strong reaction, the initial story was replaced with a revised one without a photo of Erdogan.

In the aftermath of all this, Prime Minister Ahmet Davutoğlu and Erdoğan strongly criticized Hurriyet's reporting and its implications. In retaliation, a leading article in Hurriyet responded to Erdoğan's criticism. Adapting a victimizing language, the article ended with the following resisting and subtle statement: "Dear President, should you mean being afraid [Erdoğan had said that he is not afraid of death, that but the Doğan Media Group is in fear] of using our rights such as freedom of the press, statements and criticism, which are under the protection of the Constitution, you should know that we will never be afraid of advocating for such liberties."

The Doğan Media Group is being accused of abusing and exploiting journalistic values such as the freedom of the press, freedom of expression and criticism and so on in order to disguise their wrongful acts, dodge just criticism, continue with divisive, undemocratic and hatred reporting and maintain international support.

Furthermore, Mr. Doğan and his media outlets have been facing criticism and accusations for their alleged links with various military coups. Very recently his media group was accused of terror propaganda after its outlets published images of terrorists holding a gun to the head of a state prosecutor despite the demand from Davutoğlu to refrain from doing this for two reasons; firstly, to avoid promoting terrorist propaganda, and secondly, to show respect and solidarity for the murdered prosecutor's family. But, this was not taken heed of and the picture featured in group's media organs.

After the recent rift between his media group and Erdoğan, Erdoğan revealed the content of a private conversation between him and Mr. Doğan. Reportedly, after Erdoğan came into the office, Mr Doğan wanted business as usual and explained to Erdoğan how closely he worked with his predecessors, some of whom could not cope with him – referring to former Prime Minister Tansu Ciller – while other prime ministers accepted that politics or staying in office is not possible without media. In other words, Erdoğan revealed how Mr. Doğan warned him not to break the chain of order that created no difficulties for him while doing business.

Hurriyet is accused of acting as the military's mouthpiece in the past, and as such, playing an active role in the 1960 military coup, 1971 military memorandum, 1980 military coup and 1997 military memorandum with some very controversial headlines that were allegedly used to pave the way for the coups and memorandums. Some of these headlines were as follows; "Ultimatum from the army: The government should resign," "If necessary we will use even weapons," "Turkish Military on duty, our Armed Forces have seized control across the country," and so on.

There are numerous further accusations against the Doğan Media Group for fuelling and inciting provocations in society and unrest against democratically elected governments. The group is accused of using its media power to design and control politicians in the past in order to maintain its order. In addition, it has been strongly criticized for its lack of appreciation for tolerance and diversity. To its disadvantage, there is ample evidence that corroborates these claims. For example, when Parliament lifted the headscarf ban on Feb. 10, 2008 with a majority of votes, 411 in favor, the paper used "411 hands raised for chaos" for a headline, clearly disapproving and protesting parliament's decision implying there would be disorder as a result. Again in 1999, the same newspaper launched a lynch campaign against musician Ahmet Kaya due to him solely saying that he was going to record a Kurdish song for his new album. Some of the headlines of the newspaper targeting Kaya were as follows: "Shame on you!" and "Well! Dishonorable."

Although the group appears to be too concerned that society is being polarized in Turkey and is seemingly advocating for freedoms, it remains to be the only newspaper that is published daily with the motto: "Turkey belongs to Turks." Despite the massive Kurdish population and other various ethnicities in the country, the newspaper has been insisting on using this motto for decades. So, how do all these accusations tally with the freedom of expression, criticism and the press? Where should one put the motto that suggests that Turkey does not belong to Kurds or other ethnicities that have inhabited Anatolia for centuries? Is this not discrimination and denial of the existence of other ethnicities apart from Turks in Turkey? If so, what bit of this motto tally with journalistic values?

How about the headline disapproving the lifting of the headscarf ban: "411 hands raised for chaos." Just for the sake of the press expressing everything it likes, how acceptable and right is it for a media group to create provocation in the aftermath of a decision that representatives of society have made with a majority? Could this not be considered not recognizing parliamentary decisions? How about implying that there will be chaos after the decision? How should one read this – as an invitation for chaos, or a sheer innocent estimate?

As for the publications that led to the military coups, could those be justified under freedom of the press and freedom of criticism or expression? Especially if the headlines that paved the way for the military coups played an indirect role in the atrocities that were carried out by military regimes in the past.

On the other hand, what grounds are there to justify the denouncing of a singer just because he said that he would be recording a song in Kurdish for his new album? Why should this be such a big problem for a newspaper that claims to advocate for freedom of all sorts?

Is it really freedom of the press, expression and criticism that the Doğan Media Group is concerned about and advocating for, or is there a blunt exploitation and violation of core journalistic values? What would happen if Mr. Doğan was running his media outlets in European countries and was involved in these sorts of accusations? This is a media group that is accused of inciting hatred and violence in society through use of divisive and provocative language and implying the death penalty for the president. Considering the U.K.-based phone-hacking scandal, which had grave consequences for Murdoch, it is for sure that at least there would have been a public inquiry to look into these accusations.

Clearly Turkey still has a long way to go before the rule of law prevails.