Should we be afraid of the HDP? 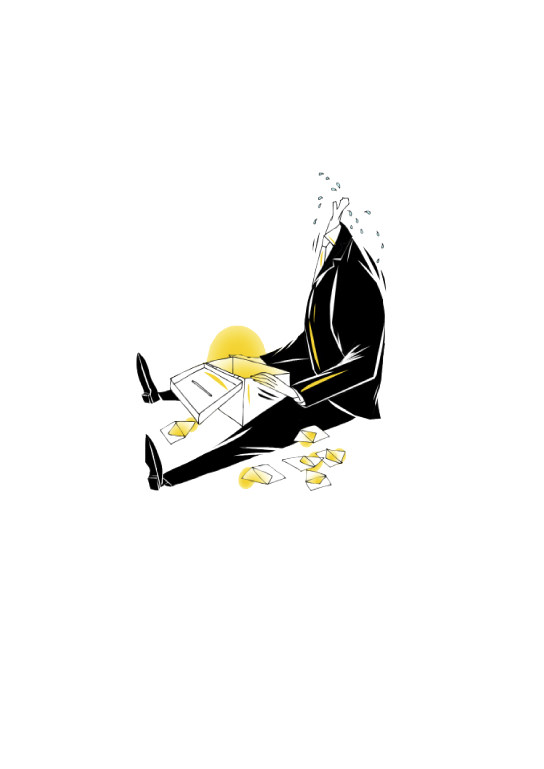 The HDP's decision to run in the June 7 general elections as a party was a bold move, but the party is playing a risky game. It remains unclear what will happen in the event the party fails to pass the threshold as it so far has not offered a plan B other than making cheap threats

Think about a scenario in which there are two games. Each game has peculiar rules and offers different rewards. However, the game with a higher risk offers a greater reward. The players have to choose one of them and the rules are clear. One of the teams plays the low-risk game very well and wins every time. Now it sets its sight on the big reward. But it is not sure about whether it will play it well or not. If it loses the game, it will also lose the reward from the game that it plays well. The team that takes a risk in such a scenario at least deserves respect, as it is true that making great strides is impossible without taking risks. This applies to every aspect of life, from politics to economics. But what if before the games starts, the risk-taking team says that they will not accept the result if they lose the game? Would we still respect this team in that case? It is not difficult to predict that every sane person would not accept this and see the team as a spoilsport.

To think that playing the spoilsport is essentially part of children's games would be wrong. Humans are inherently prone to being spoilsports. The fact that this behavior is observed mostly in children is because they have not completed their intellectual and moral education yet. It is only natural for children to play the spoilsport frequently since they have difficulty coping with this inherent tendency. People are expected to achieve control over this tendency as they grow up through moral and intellectual interventions and to develop behaviors compatible with their development. But this expectation is not always met and we may see quite grown-up people acting like a spoilsport in the most unexpected circumstances. This is so absurd that even telling an adult that what they are doing amounts to being a spoilsport embarrasses us.

Well, how should we behave when we see a political movement in such an absurd situation? Nowadays, people in Turkey have to contemplate an answer to that question. This is because the public is faced with such a dilemma that must be recognized and dealt with before the upcoming June 7 elections. The source of this dilemma is the Peoples' Democratic Party (HDP), which entered the elections with a claim to be the sole representative of the Kurdish political movement and secured the support of a sizeable coalition with its anti-Justice and Development Party (AK Party) stance. For the moment, HDP executives and all the actors supporting the party bet on it passing the 10-percent election threshold. They think that they will be able to deal a severe blow to the AK Party if this calculation pays off. As part of its own political agenda, the HDP attaches great importance to passing the election threshold in order to enter Parliament by winning more seats. On the other hand, other actors support the HDP only as part of their strategy to weaken the AK Party. Although it is obscured nowadays, the HDP is the direct representative of the terrorist PKK in the political arena. We witnessed once again how strong the ties between the two are during the Oct. 6-8 incidents when masses took to the streets and engaged in acts of violence upon the call of HDP Co-Chair Selahattin Demirtaş. That experience was important in that it showed the potential damage that can be caused to Turkish politics and social peace by a political actor that regards terror as an alternative. The HDP could not match Turkey's efforts toward democratization and social peace. Under current circumstances, however, a decision to support the HDP as an untried actor to undermine the AK Party has led many to delay or brush aside such debates about the HDP. As such, many actors that are not supposed to ally with each other under normal circumstances have sided with the HDP.

Despite various media campaigns and constant efforts by the pro-HDP coalition, however, it is still far from clear whether the HDP will pass the threshold or not. While the elections approach, the opinion polls released so far indicate that there is a serious risk in this regard. And this, in turn, further strains nerves at the HDP. This is because the HDP realizes that the risk it has taken by trusting the support of various actors has caused it to face an existential threat. If the HDP manages to pass the threshold, it will acquire the power to prevent the AK Party from making a new constitution. That means the fate of both Turkey's 12-year-old democratization agenda and the reconciliation process will depend on the HDP's political stance. If it fails to pass the threshold, on the other hand, it will totally lose the advantages obtained in previous elections. As is known, the HDP has managed to overcome the election threshold for years through its own methods. The HDP has long represented the Kurdish political movement in Parliament by entering elections with independent candidates, getting these candidates elected and then forming a parliamentary group with these deputies. In this election, the HDP chose a riskier path under the influence of extensive support it received and agreed to all-or-nothing.

Of course, just like every other actor, the HDP also has a right to make such a choice. Moreover, one would have even admitted that there is something praiseworthy in that choice because of the extent of the risk involved if HDP executives had not made some statements containing threats about the aftermath of the elections. A recent statement by HDP Parliamentary Deputy Group Chair Pervin Buldan, who is a candidate for Istanbul's third district, was one of the most noteworthy examples in this regard. Buldan said: "There will be a new crisis if we fail to pass the election threshold. For instance, Hakkari sends three deputies to Parliament. 90 percent of voters in this province vote for the HDP. The HDP is able to get enough votes in Hakkari again to win all three seats in this election. But if it fails to pass the threshold, the AK Party will win all the seats and the people of Hakkari won't accept this. I will not accept it, either. Similarly, voters in Diyarbakır or Şırnak will also refuse to accept it." Buldan added that Turkey would face a new crisis.

Though these high-handed and menacing remarks can be interpreted as an attempt to forestall a potential failure, they actually boil down to playing the spoilsport. No one has forced the HDP to make this choice. It has risked more to get more, but the risk of loss is also higher. If the HDP emerges victorious in this game, it will not share the reward with its political rivals. It signals now that the entire country will pay for a possible loss. This attitude leads us to think that what we face is not a level-headed and promising political movement, but rather a political actor that has not attained moral and intellectual maturity. A party that has failed to keep its distance from terrorism, exhibiting such a moral defect, this time calls for its adequacy, which it could not have proved yet in some way, into question once again.
Last Update: Jun 02, 2015 11:41 pm
RELATED TOPICS